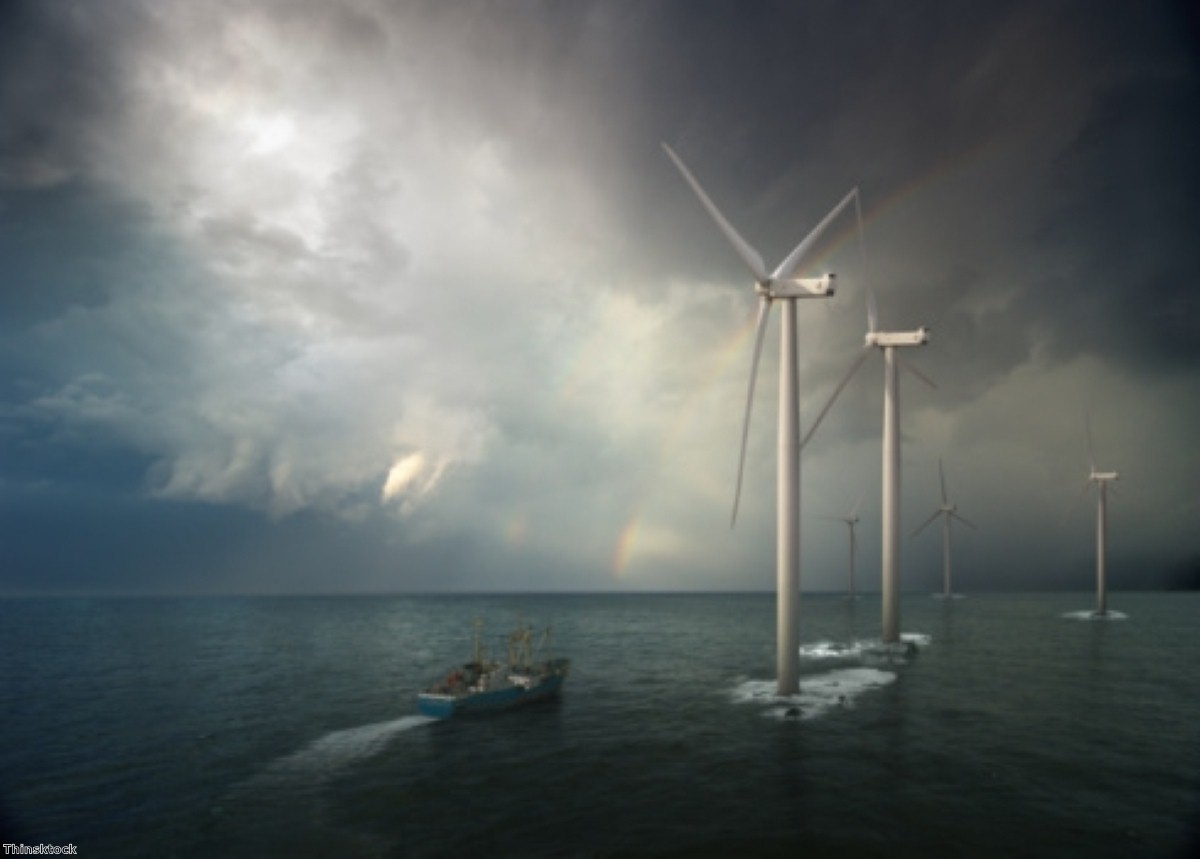 Britain is heading towards a 'worst of all worlds' outcome on offshore wind, a think-tank has warned.

The Institute for Public Policy Research (IPPR) said limited political commitment means the high subsidies already committed to are not resulting in sufficient amounts of energy or creating enough jobs.

Its report out today is critical of the government for backtracking on its ambition to secure 18 gigawatts (GW) of offshore wind energy by 2020.

With Britain ideally suited for offshore wind because of its large areas of seabed in shallow waters, the report claims the UK is throwing away an opportunity to be "the Saudi Arabia of offshore wind".

"Unless Britain 'pumps up the volume' there is little prospect of either bringing down the costs of offshore wind or creating domestic jobs," associate director Will Straw said.

"An alternative pathway is possible, if the government can bring together an industrial strategy for the sector predicated on a combination of 'carrots and sticks'."

Building on Britain's existing strengths in the oil and gas sector and in onshore wind would help develop the supply chain, which would be further boosted by at least two turbine manufacturers basing themselves in the UK, the report recommends.

It says a new EU renewables target would help create export markets to 2030 – while a 2030 target for carbon intensity or the share of renewables in the power sector would also help.

"Developers must be expected to drive down costs with a subsidy regime that reduces the strike price over time," Straw added.

"Developers and suppliers should do more to provide apprenticeships and sponsor university and FE courses."

Last week David Cameron toured the London Array, the largest offshore wind farm in the oworld, in the outer Thames estuary on its official opening.

"What it shows is Britain is a great country to come and invest in," he said.

"It's meant jobs for local people and it's meant clean, green energy for half a million people in our country."

Britain has committed to ensuring 20% of its energy mix comes from renewable sources by 2020. Currently the figure stands at just four per cent.

"We firmly believe that electricity from renewable sources has a vital part to play in
helping us deliver energy in a way that is sustainable, affordable and secure," E.ON UK's chief executive Tony Cocker said.

"That's why, as we learn and improve from each wind farm that we build, we're aiming to reduce the cost of offshore wind by 40% by 2015."