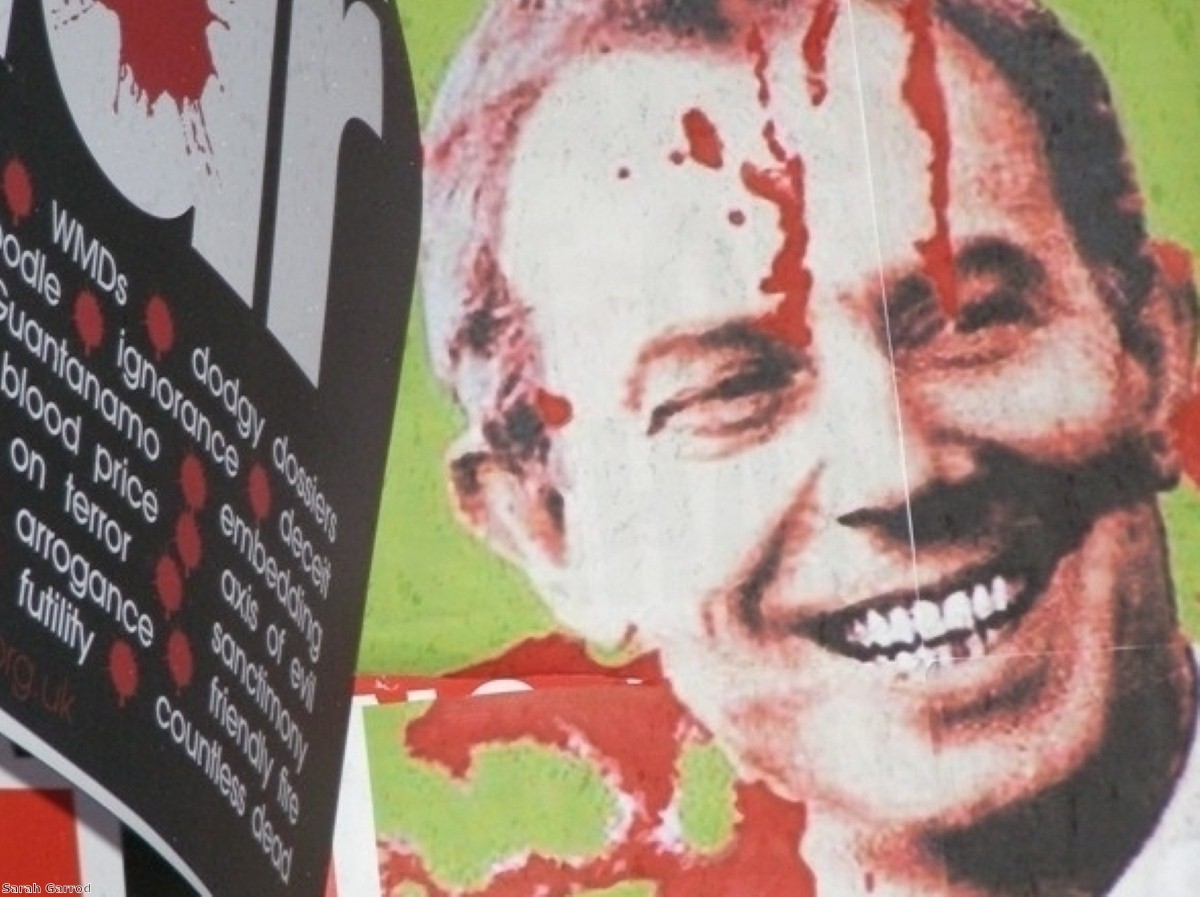 Lord Leveson was forced into the embarrassing position of having to order a security investigation into his own inquiry today, after a protester burst from behind him to shout at Tony Blair.

The incident came as the former-prime minister gave evidence on his relationship with Rupert Murdoch and other media organisations.

A man believed to be David Lawley-Wakelin suddenly came in from the back of the court and shouted: "This man should be arrested for war crimes. JP Morgan paid him off for the Iraq war.

"Three months after he invaded of Iraq he held up the Iraq bank for $20 billion, he was then paid $6 million every year, and still is, from JP Morgan. The man is a war criminal."

Court security then bundled the man out the room. Lord Justice Leveson, who appeared visibly unnerved by the man's actions, immediately ordered an investigation.

"I'd like to find out how this gentleman managed to access the court through what is a secure corridor," he said.

After the lunch break he added: "I very much regret what has happened. An investigation is being undertaken and will give consideration to the steps which can be taken against this paticular intruder. I repeat my apologies to Mr Blair."

Mr Blair remained unperturbed by the dramatic breach of security.

"What he said about Iraq and JP Morgan is completely untrue," he said immediately afterwards.

"I've never had a conversation with them about that."

The breach comes a year after Rupert Murdoch was attacked by a foam pie when giving evidence to the media committee in parliament.