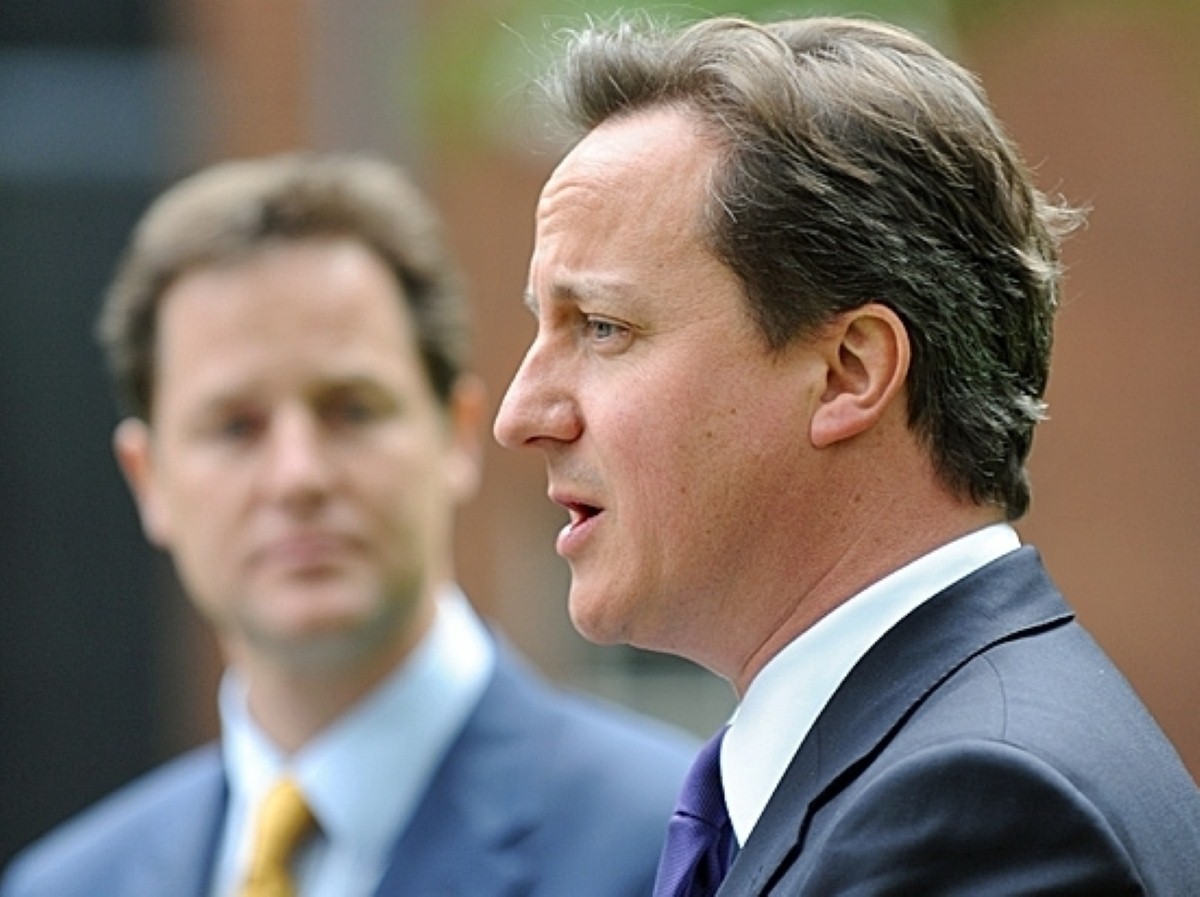 David Cameron's decision to veto EU treaty changes has fractured his relationship with Nick Clegg, in a fight which raises questions about the coalition's ability to survive to 2015.

In their most significant disagreement since the government was formed, sources close to the deputy prime minister briefed against Mr Cameron in several Sunday newspapers while Mr Clegg himself went to the TV studios to make his points on air.

Meanwhile, former Liberal Democrat leader Paddy Ashdown issued an uncompromising attack on Mr Cameron, saying he had failed to stand up to his "bastards" – the eurosceptic wing of the Tory party.

The Cabinet Office was forced to deny speculation that business secretary Vince Cable was about to resign this morning, as reports emerged he was ready to throw in the towel in the wake of the veto.

Bookmakers offered odds of 13/8 that Mr Cable would not be in place by the next election.

"If I'd been at the summit of course things would have been different because I'm not under the same constraints from my parliamentary party as David Cameron is," Mr Clegg told the Andrew Marr programme.

"I'm bitterly disappointed, precisely because I think there's a real danger the UK will be isolated and marginalised in the EU."

Mr Clegg lashed out at the eurosceptic wing of the Conservative party, saying talks had been polarised between their intransigence and that of the German and French negotiating teams.

"Eurosceptics should be careful what they wish for," Mr Clegg said.

"[Mr Cameron] couldn't come back to London empty handed, not least because he couldn't get it through the Commons.

"Of course [eurosceptics] think it's a triumph but in my view they're spectacularly misguided. There's nothing 'bulldog' about Britain hovering in mid-Atlantic."

The new comments are a significant change of tone from the deputy prime minister, who reacted in a much more understanding and moderate way in the immediate aftermath of the veto.

His new approach sees Mr Clegg try to shore up his own support base, whose pro-European aims have been derailed by the events of last week.

"There are many, many disagree in a coalition of two parties who clearly do not agree," he said.

"In this particular instance, because it's so significant, of course it spills over into the public."

Mr Clegg seemed as irritated by the approach of European leaders as he was by the lobbying of eurosceptic backbenchers.

"I've been warning for weeks privately and publicly that it was clear the French government would not shed a tear if Britain was pushed out," he said.

"For one reason or another there wasn't even a negotiation, there was no give or take at all."

Mr Clegg vowed to continue to fight for Britain's place in Europe, saying that those forecasting the exit of Britain from the EU were being premature.

"I as a Liberal Democrat I will do everything I can to make sure this set back does not become a permanent divide. We get back in the saddle."

Labour said the comments showed Mr Clegg was now on the same page as Labour.

There were even angrier comments from Lord Ashdown, who told Sky News: "[John] Major had the courage to stand up to his bastards.

"It pains me to say it, but Mr Cameron has acted as the leader of the Conservative party and not the prime minister of Britain."

Lord Ashdown said the prime minister's failure stemmed not from his demands, but the lack of political capital he had on the continent after freezing himself out of Europe.

"Mr Cameron's 'asks' were rejected, not because they were too great – but because it was he who made them," he wrote in the Observer.

"No other British prime minister of recent years would have had difficulty getting this package through. This was Gallic pay-back time for all that unwise Cameron lecturing – and sometimes worse – from the sidelines these last months.

"We have tipped 38 years of British foreign policy down the drain in one night. We have handed the referendum agenda over to the Eurosceptics."

Mr Cameron will explain his decision in the Commons on Monday, in what is likely to be a boisterous session framed by loud support from the Tory benches and subdued responses from their coalition allies.