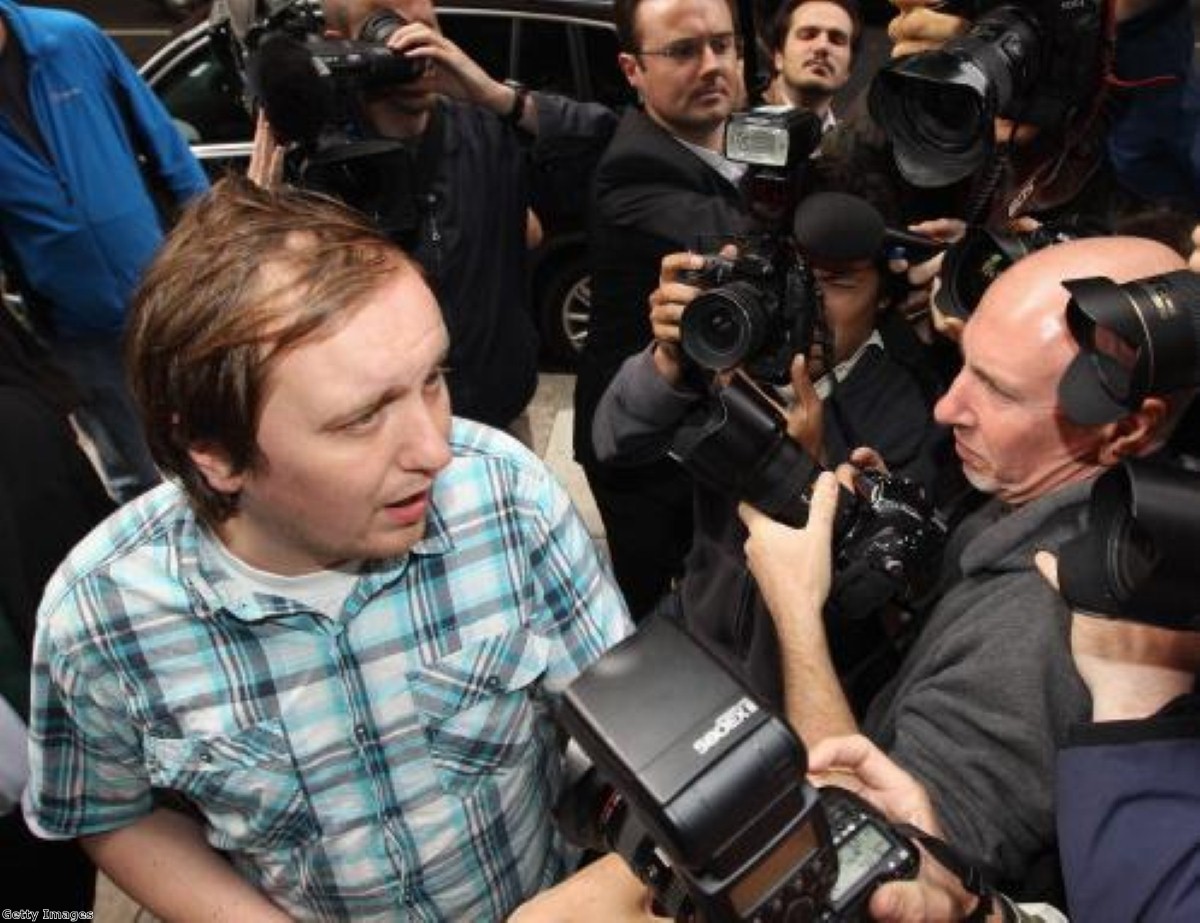 The would-be comedian shocked the world when he carried out his foam-pie assault on the 80-year-old media mogul during last week's Commons culture, media and sport committee hearing.

Jonathan May-Bowles, who goes by the stage name 'Jonnie Marbles', smuggled paper plates covered in shaving foam into the room where the hearing was taking place.

He leapt up to launch one at Mr Murdoch's face near the end of the hearing, only to be slapped by the octogenarian's wife Wendi Deng.

Police wrestled him out of the room and when the hearing restarted MPs were wuick to condemn his actions. He was also widely criticised in the media and on Twitter for distracting attention away from Mr Murdoch's phone-hacking evidence.

Mr May-Bowles spoke in court only to confirm his name and plead guilty to the two charges, but upon emerging he spoke to journalists, parodying Mr Murdoch's most memorable line from the committee hearing.

The part-time comic told members of the press: "I would just like to say this has been the most humble day of my life."

His father and a group of friends were in court to support him and his solicitor Raj Chada asked district judge Daphne Wickham if the August 2nd sentencing date set by the court could be amended due to a family holiday.

She said: "He is on bail for a serious offence which carries a risk of imprisonment.

"He should have thought about this on the 19th of July when he committed these offences."

Mr May-Bowles was suspended from the Labour party following the attack.