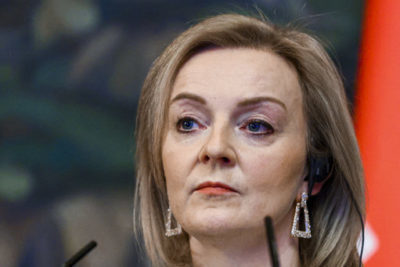 The UK will deploy a team of war crimes experts to support Ukraine with investigations into Russian atrocities, Foreign Secretary Liz Truss has announced.

The specialist team will assist the Ukrainian government as they gather evidence and prosecute war crimes and will include experts in conflict-related sexual violence.

They will arrive in Poland in early May and meet international partners, NGOs, refugees and the Ukrainian government to scope out the assistance they can provide.

It comes as the Foreign Secretary travels to The Hague today for talks with ICC Court President, Judge Piotr Hofmanski, at the International Criminal Court, where she will reaffirm the UK’s full support for the investigation and prosecution of war crimes and the use of sexual violence not just in the conflict in Ukraine but around the world.

The visit follows Deputy Prime Minister Dominic Raab’s visit to The Hague last month to offer practical support to the court for investigating and prosecuting and the report produced under the Organisation for Security and Co-operation in Europe’s (OSCE) Moscow Mechanism, which found credible evidence of torture, rape, the killing of civilians and the forced deportation of more than half a million people in Ukraine.

Foreign Secretary Liz Truss said: “Russia has brought barbarity to Ukraine and committed vile atrocities, including against women. British expertise will help uncover the truth and hold Putin’s regime to account for its actions. Justice will be done.

“While in The Hague, the Foreign Secretary will see her Dutch counterpart Wopke Hoekstra for talks on working together with the Netherlands on holding Russia to account, including their work through the Joint Expeditionary Force and NATO.”

The UK has committed nearly £400 million of aid for urgent economic and humanitarian support since the invasion.

This includes a £220 million package for aid agencies on the ground to provide medical supplies and basic necessities, saving lives and protecting vulnerable people. So far the UK has sent a rapid donation of food supplies following a request from the government, committed to donating up to 42 ambulances to help bring vital lifesaving care, sent more than 5 million medical items and supported UK-Med to carry out vital lifesaving work in Ukraine.

The UK supports the work of the International Criminal Court and is providing £1 million of additional funding to help the ICC to have an improved system to store evidence submitted in relation to the OTP’s investigations.

The UK has launched a £10 million Civil Society Fund to support organisations in Ukraine, including those helping people affected by conflict-related sexual violence. This follows the launch of the Murad Code earlier this month that provides guidelines for how to properly interview survivors of sexual violence.