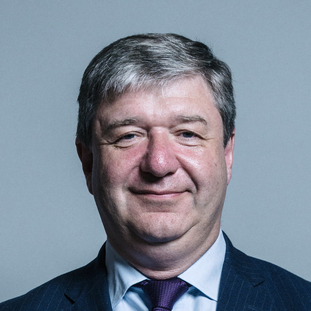 Businesses operating in China and Hong Kong are “complicit” in the evil of human rights violations a senior MP has said today.

A new report conducted by the All-Party Parliamentary Group (APPG) on Hong Kong and independent advocacy group Fight for Freedom Stand with Hong Kong, has recommended that the government ban organisations from conducting business with companies complicit in human rights violations.

Such a move could see large companies registered in the UK be compelled to take legal responsibility for human rights violations as a result of their own directly-controlled operations or due to the operations of companies in their supply chains.

As investors have shown more interest in putting their money where their values are, many companies have adopted Environmental, Social and Governance standards (ESG), which outline how their business practices and behaviour impact on these issues. However, in most cases, the S – Social – aspect remains poorly defined.

The new report examines current legislation and regulations from around the world related to ESG standards and human rights. It then goes on to make several key recommendations for how the UK government could improve these mechanisms to bring about substantive change on ESG standards in the UK. Some of the policy recommendations for the UK government include introducing legislation incorporating ESG standards, and introducing a mandatory human rights corporate due diligence strategy similar to that being adopted by the EU.

It also suggested introducing legislation to ban investments and business with companies involved in human rights violations, especially where they are complicit in genocide, crimes against humanity and war crimes, and working with other governments to enforce joint bans.

For the past three years the authorities in Hong Kong, backed by the ruling Chinese Communist Party (CCP), have been instituting an increasingly authoritarian oppressive regime. Multiple Human rights violations and a rapid collapse of basic freedoms are the direct consequences from  the National Security Law which is internationally  regarded to be in breach of Hong Kong’s Basic Law and the Sino-British Joint Declaration.

Corporations and banks, such as HSBC, have faced heavy criticism for continuing to operate in Hong Kong in light of these events and other human rights violations.

Alistair Carmichael MP, Chair of the APPG on Hong Kong, said: “Companies who choose to continue conducting business in regions like Hong Kong, long after it has become clear that the authorities are violating human rights and international law, must be considered complicit in that evil.

“In order to conduct business responsibly and ethically, it is no longer enough for organisations to just say they are not committing human rights abuses themselves. Companies must start to consider their impact in other ways, such as in their supply chain or the spheres in which they operate.

“This new report sets out clear and achievable goals for legislation that would improve responsible business practices and ensure that British companies are not profiting from human rights abuses.”

“We are determined to stamp out human rights abuses in all parts of UK supply chains, which is why we are taking forward further proposals to strengthen the law in this area.

“In the meantime, we fully agree with the APPG and also urge British organisations to take responsibility to ensure they are not conducting business with companies complicit in human rights violations in China, Hong Kong or anywhere else.”