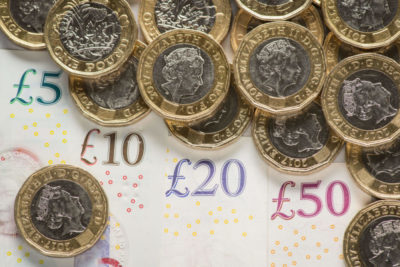 The monetary policy committee of the Bank of England has agreed to raise interest rates from 0.75 per cent to 1 per cent as inflation soars.

The UK economy is set to shrink yet further this year as energy prices soar and the cost of living climbs.

Commenting on the decision, Julian Jessop, economics fellow at free market think tank the Institute of Economic Affairs, said: “The Bank of England has done the bare minimum today – and it is not enough.

“Despite new forecasts that UK inflation will rise to above 10 per cent later this year, the Monetary Policy Committee (MPC) has raised interest rates by just a quarter of a point, to 1 per cent.

“What’s more, the MPC has failed to begin the process of reversing the money printing that has allowed inflation to take off.

“Instead, the MPC has simply asked Bank staff to work up a plan for gilt sales (do they not have one already?), and report back in August. Active ‘quantitative tightening’ may not start until the autumn.

“There is little that the MPC can do to control inflation in the short term, but a bolder move today could have helped to reduce the risk that inflation remains higher for longer.

“Fears that higher interest rates could tip the economy into a deeper recession are exaggerated. Even at 1 per cent, UK interest rates remain near emergency lows. Real interest rates (after allowing for inflation) are even lower.

“It is also important to take a longer view. The Bank should have done much more now to keep inflation expectations down and to reduce the need for bigger interest rate hikes in future.”

Alpesh Paleja, CBI Lead Economist, said: “Another rise in interest rates is warranted, given the persistence of high inflation. However, the Monetary Policy Committee are walking an increasingly fine line. Further action to curb price pressures needs to be weighed against the increasing need to protect growth, particularly in light of a historic cost-of-living crunch. Households are feeling it and so are businesses, with cost pressures across the board.

“While monetary policy is the appropriate first line of defence in tackling inflation, government needs to take further action to shore up the broader resilience of the UK economy. In the near-term, higher inflation will hit poorer households hardest, so support measures for this group will need to be kept under review. Over the longer-term, securing greener energy supply and a relentless focus on raising potential growth will bolster our ability to withstand shocks and further price pressures”