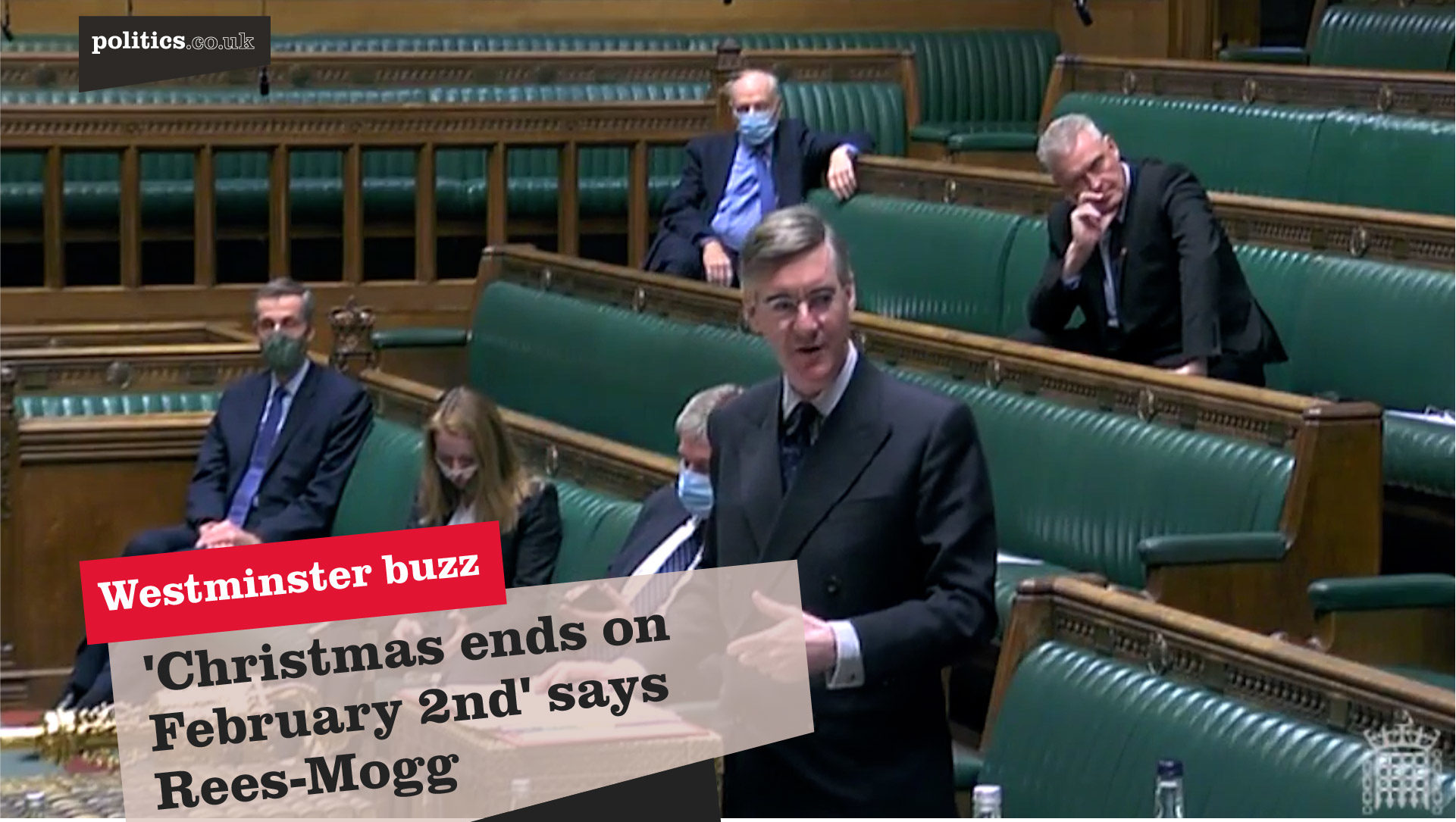 Whilst many people sigh when Christmas decorations go up in November, Leader of the House Jacob Rees-Mogg appeared to suggest that Christmas goes on until February 2nd today in the Commons.

Responding to Thangam Debbonaire’s question on whether the online harms bill would be brought to parliament before Christmas, Rees-Mogg went on a colourful tangent about time, saying: “What is time? What is soon? What is Christmas? I mean, you could say that Christmas goes on at least until February 2nd, which is Candlemas and the formal end of Christmas.”

Rees-Mogg went on to discuss rules around nativity plays at schools, saying: “I am hoping to be absent from spectating of Prime Minister’s Questions next week so I can watch one of my children, young Alfred, appearing as a donkey in a Christmas play.

“Though from what I hear, he will be modelling himself on Balaam’s ass because Baalam’s ass, of course, was a talking donkey… I would encourage all schools to carry on with these very important activities.”