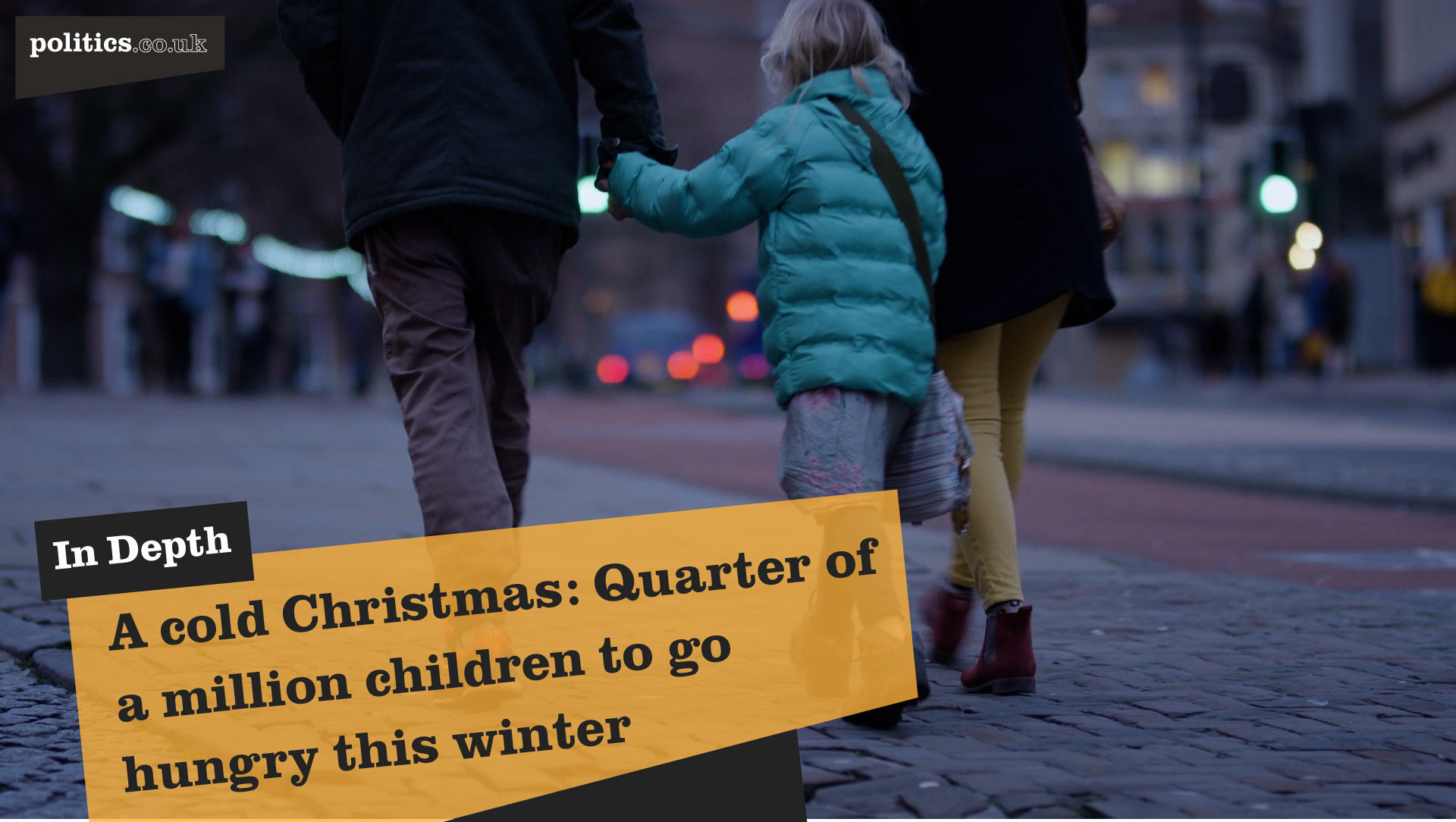 A cold Christmas: Quarter of a million children to go hungry this winter

A quarter of a million children will go hungry this Christmas. That is just one of the headlines from the Childhood Trust’s ‘Cold, Hungry and Stressed’ report, outlining the shocking levels of poverty families across London have been plunged into ahead of the festive season.

Laurence Guinness, chief executive of The Childhood Trust, outlined some of the key reasons families are facing the pinch this winter.

“One of the clear findings in the report was the 50% increase in children turning to charities because of the reversal of the uplift in Universal Credit.

“So the cut of £20 a week is already having a really big effect on the charities and the projects that we’re funding.”

£20 a week might not sound like a huge amount, but for many families it’s the difference between being able to eat or not. The government announced a £500 million winter support scheme, but the Childhood Trust’s report says this would average out to just £4.04 a week per household.

Nazura works at a local charity and is a mum to four children, who she raises with her husband who works as a taxi driver. We changed Nazura’s name and dubbed her voice (see video) for her anonymity.

“The money that I get is still not comfortable to provide for my family,” Nazura said.

“Providing all the necessities for the children – you can fill their tummies, but you know that sometimes you cannot give fresh fruits every day. That’s something that worries people.”

Many outside of London picture the city as glistening and glamorous, but the capital has the highest rates of childhood poverty in Britain, with 700,000 children, 34% of the total child population in London, living in relative poverty.

“Poverty is an issue right across the country, and quite rightly, people are talking about regional inequalities and the North-South divide, which is a very real divide. But we shouldn’t forget that even within big cities like London, we have some of the highest levels of child poverty in Britain,” Wes Streeting, Labour’s shadow secretary of state for child poverty, said.

“We’ve got higher living costs. We’ve got families that are really struggling to make ends meet, including when both parents are in work. And that’s why we need national government action to tackle child poverty.”

A report by the House of Lords’ public services committee, led by Baroness Armstrong, found that: “Spending on early intervention support in areas of England with the highest levels of child poverty fell by 53 per cent between 2010 and 2019.”

Baroness Armstrong told Politics.co.uk: “There is a real crisis for vulnerable children at the moment.”

“How can we level-up if we neglect the needs of these vulnerable children?”

“The most important issue in shaping your life chances is early years and childhood,” she said.

“If we are slashing services, slashing childcare, slashing mums’ and dads’ wages, you run the risk of a generation of quite damaged children because they’ve been brought up in poverty and insecurity.”

For most, Christmas is a time of celebration. But many children won’t be expecting to receive any presents this year.

“One little girl aged nine said: ‘There’s no point getting up on Christmas morning because there’s nothing to get up for’.” Guinness said.

“How sad that is, how unnecessary that is. All of us have way too much of everything, and some of us have hardly enough of anything.”

We reached out to 8 London-based Conservative MPs. Only one, Felicity Buchan, responded, saying they were busy.

I asked Nazura whether she thought politicians cared about people in her position.

“I don’t think so because they’re not directly affected.

“It’s frustrating. If you don’t get help from up there, who will give it to you? We rely on donations and help from the community that sometimes we don’t even get.”