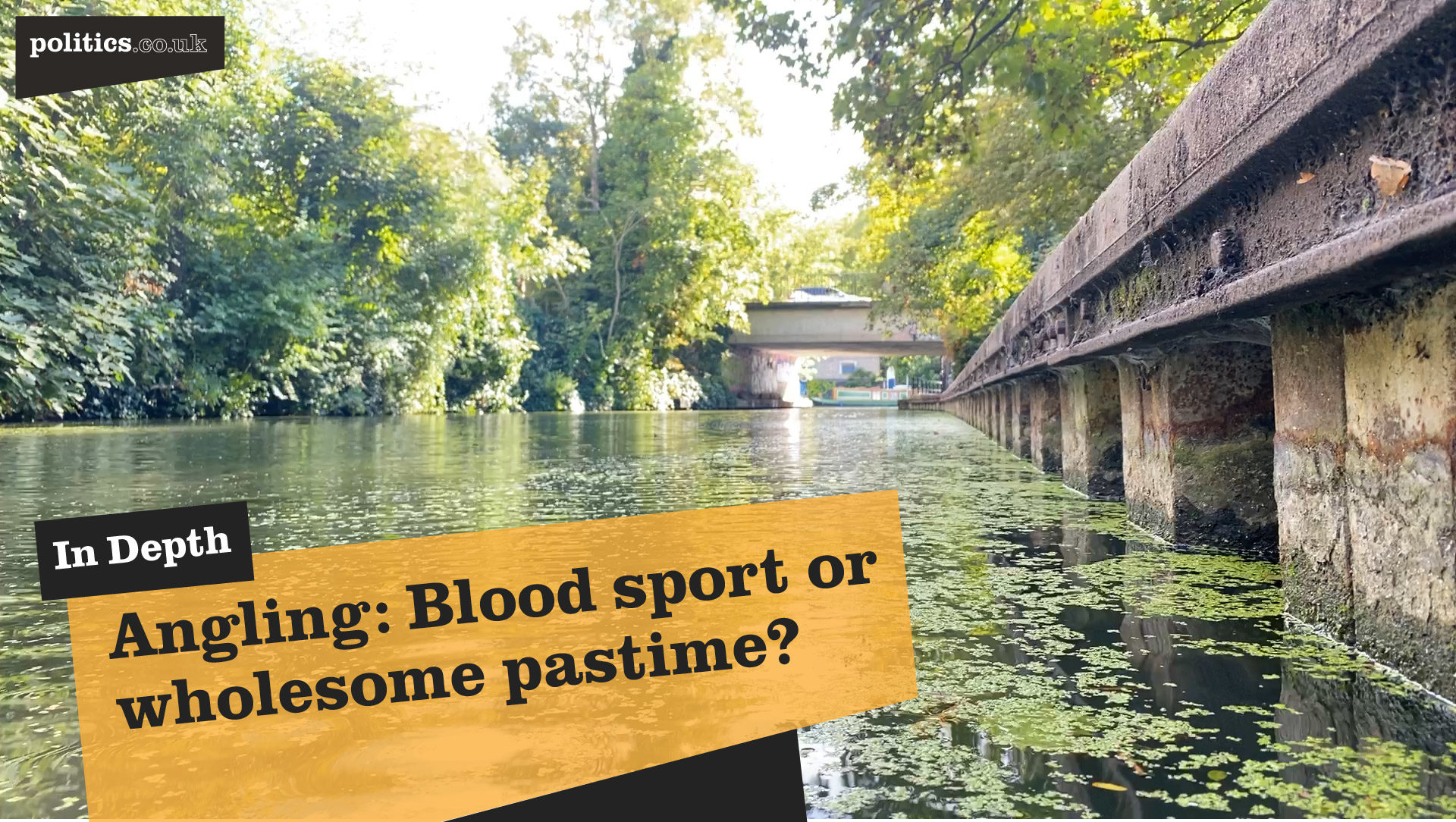 It is estimated that almost 3 million people go fishing in the UK every year.

Angling can provide a welcome relief from life, allowing people to get away from the stresses of work and enjoy some relaxing time outdoors.

But over the years, animal rights groups have begun looking at the ethics behind angling. After all, the fish are often killed, or at least maimed, all in the name of sport.

“Angling is a wild and bloody and cruel activity,” says PETA’s Margarita Sachkova.

“There is no need for us to entertain ourselves by torturing aquatic life. And if you just try to think that we did to a dog what we are doing to the fish, we would be outraged.”

The crux of the debate centres on whether fish can feel pain, with both sides disagreeing.

“There’s a big body of scientific evidence that actually shows that fish respond completely differently to other warm-blooded creatures,” says Martin Salter, former Labour MP for Reading West and head of policy at the Angling Trust.

“They don’t possess a thing called a neocortex, which enables them to make the distinction between a sensation that causes a panic or fright and pain.”

But naturalist and environmental campaigner Chris Packham disagrees: “The absurd notion which was perpetuated for many years that fish don’t feel pain was laughable and remains so, and of course, has been proven to be absolute nonsense. These are higher vertebrates. They simply happen to be aquatic vertebrates. So why wouldn’t they feel pain?

“If you take an animal out of its environment, you disturb its behaviour, you potentially impact its broader ecology.”

Anglers in Britain have historically responded well to environmental concerns, adapting their practices to new regulations.

Packham was an angler when he was younger, and acknowledges the work that has been done to negate the negative impacts of angling: “I’m quite confident now that I can say that when I walk the riverbanks of the Itchen and anywhere else, it’s an enormous rarity to find any discarded line.”

Salter agrees, saying: “Believe it or not, carp anglers now regularly carry small antiseptic bottles just in case there’s any mouth damage or even damage caused by a cord or some other thing has come up against.”

But there have been issues, with some angling groups calling for certain fish-eating species to be culled as they disrupt the fish populations.

“There are calls to remove the protective legislation that there is for these species and to instigate culling, but not from all sections of the angling fraternity,” Packham explains.

“I hope it’s a hobby where we can see passive management of wildlife. If you don’t want otters in your trout lakes, put a fence around it.”

So will it ever be possible to find a solution to these issues which appeases both sides? Packham thinks so, although warns that finding an agreement will take time.

“Changing practices means changing people’s minds. And for all of its remarkable capacity in terms of intellect, imagination, ingenuity and adaptability, the human mind is not very good at changing itself sometimes.