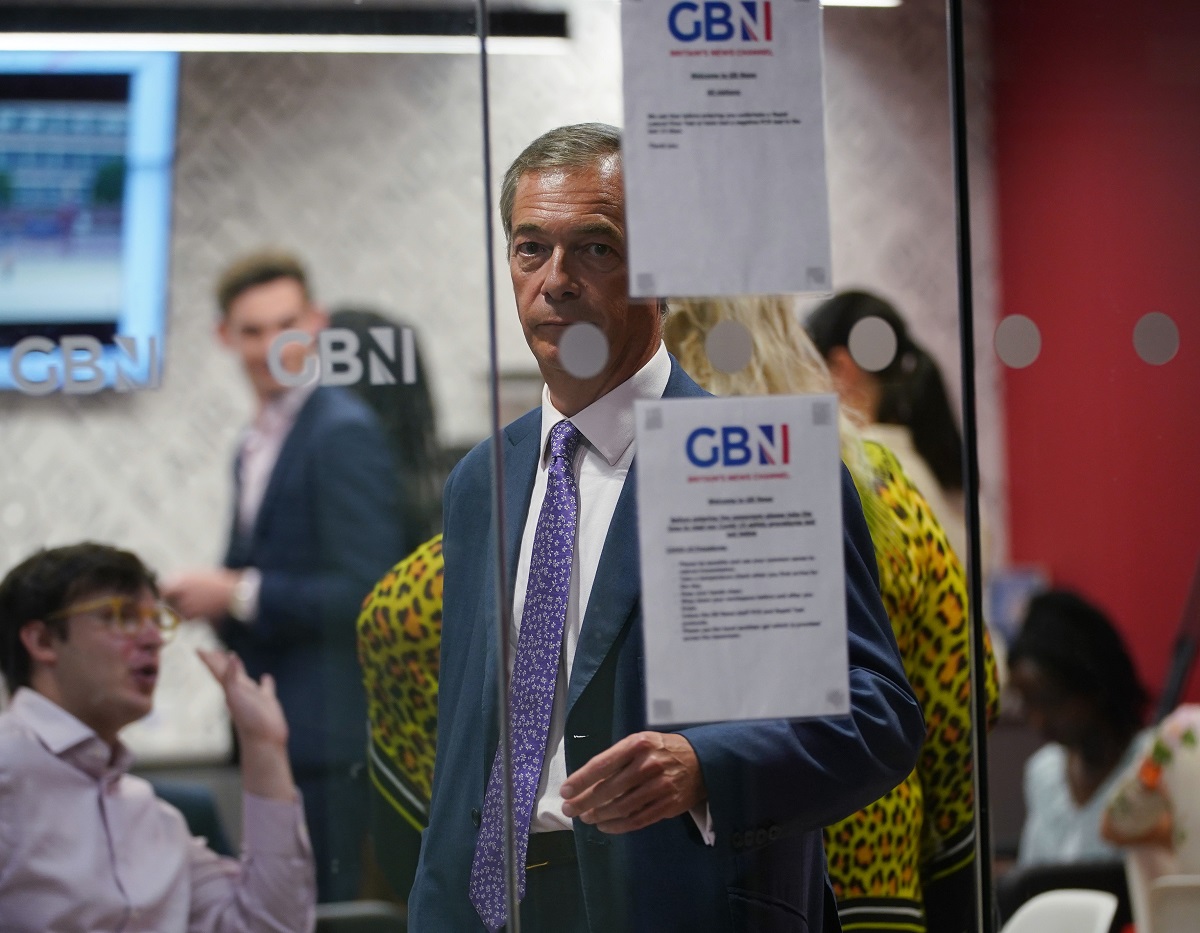 Suffice to say that GB News, the UK’s fledgling conservative TV channel, is yet to spark the anti-woke insurgency its creators anticipated. Gloomy sets, incessant tech blunders and chemistry-deficient co-hosts have landed the nascent “news” channel in chaos. This is despite a promising opening weekend when GB News outperformed its woke rivals with a peak viewership of 336,000.

GB News’ mission statement is well-known. The channel aims to unite those suspicious of media-enforced social progressivism into a conservative, anti-woke coalition. This winning formula (aided by £60 million in start-up funding) inspired in-house confidence that views, profit and “culture war” casualties would follow. But this is yet to be the case.

Far from being the “voice of the people” it promised, GB News’ tirades on culture-war issues quickly proved tiresome. And so its once-intrigued viewership slowly tuned back into more mainstream, metropolitan adversaries. The channel’s average audience dropped to roughly 33,000 in the week following launch day.

The response from GB News’ viewership was vicious. A boycott was proclaimed and GB News’ already-faltering ratings plummeted. In the following week, no measurable audience was recorded on two occasions.

In a series of u-turns that Boris Johnson would be proud of, Harri was summarily defended, suspended and censured by GB News executives. The channel’s final official statement on the matter concluded that Harri’s actions were “an unacceptable breach of our standards”. Harri went on to resign alongside GB News’ director of programming, John McAndrew.

The internal implosion caused by Harri’s gesture provides a microcosmic picture of GB News’ most significant feature. As an anti-woke platform, GB News’ commercial prospects are tied to the trajectory and success of the broader movement. By taking the knee, Harri gnawed at the branch on which his channel sat. The resulting boycott was not surprising.

As this episode shows, GB News’ programming is best understood as a mutually constitutive feedback loop. Its key audience demands unashamedly unbalanced programming, and GB News’ presenters – faced with the threat of potential irrelevancy – must indulge them to survive. The ensuing presenter-led pandering confirms the prejudices of the viewers, which emboldens the presenters in turn. The process continues.

This is a sustainable model for both parties. GB News can maintain a solid market of loyal consumers – particularly useful if the channel plans to introduce a monthly subscription fee for “superfans”. And the channel’s culture warrior consumers get a daily dose of anti-woke discourse. Win, win.

And so, along these lines, the channel is slowly but surely curating its own self-sustaining media ecosystem.

GB News’ relentless pandering campaign has kicked off with “Farage”, a primetime show fronted by Mr Brexit himself. Imbued with the self-righteous power of GB News’ core viewership, Farage has amplified key right-wing talking points irrespective of truth. So far, the former UKIP leader has talked Brexit with Stanley Johnson, the “pingdemic” with Graham Brady and border crossings with anyone who’ll listen.

Farage was drafted in to revive the channel’s plummeting viewing figures, and early signs are promising. An average of 100,000 viewers tuned into the show last Monday. But Farage was also recruited for a more important reason: to mend the channel’s broken relationship with its audience base.

And if a daily hit of Farage is not enough to tempt back boycotters, it has been heavily rumoured that Piers Morgan may step into a high-profile presenting role. The ex-Good Morning Britain host is said to be in protracted negotiations with GB News’ management.

Significantly, a self-sustaining media ecosystem does not imply an isolated one. GB News wants to disrupt. Viral right-wing rants from Wootton, Neil, Farage and potentially Morgan will become more and more difficult to ignore. Mainstream media outlets risk finding themselves at the unremitting centre of a bitter culture war dogfight.

In fact, we have already seen the power of GB News to stoke culture wars and set the news agenda. When Priti Patel infamously labelled taking the knee as “gesture politics”, she did so in front of an uncritical GB News correspondent. The home secretary was confident her remarks would go unchallenged – and they were. Patel was asked instead: “would you be booing [the knee] if you were in the stands?” She declined to answer.

Patel’s appearance on GB News shows that the viewer-presenter feedback loop threatens to embrace a third party: the government. With the Conservative party already adopting “culture wars” as a key pillar of its governing agenda, GB News is a natural ally. Culture secretary Oliver Dowden has defended the channel, stating: “We need outlets and commentators who cover the range of the political spectrum; who can speak truth to power; and who are willing to challenge dogma or orthodoxy”. As the channel consolidates itself amongst its relentlessly right-wing core viewership, those in government will try to keep up.

GB News can remain small and still touch society at large – it just needs the attention of the right people in the right places. After the Harri incident, the channel appears to have won back the confidence of its key viewers. The viewer-presenter feedback loop – forged by a mutual dependency – will contrive talking points long into the future. And with the government chomping at the bit to get involved themselves, culture wars are here to stay.