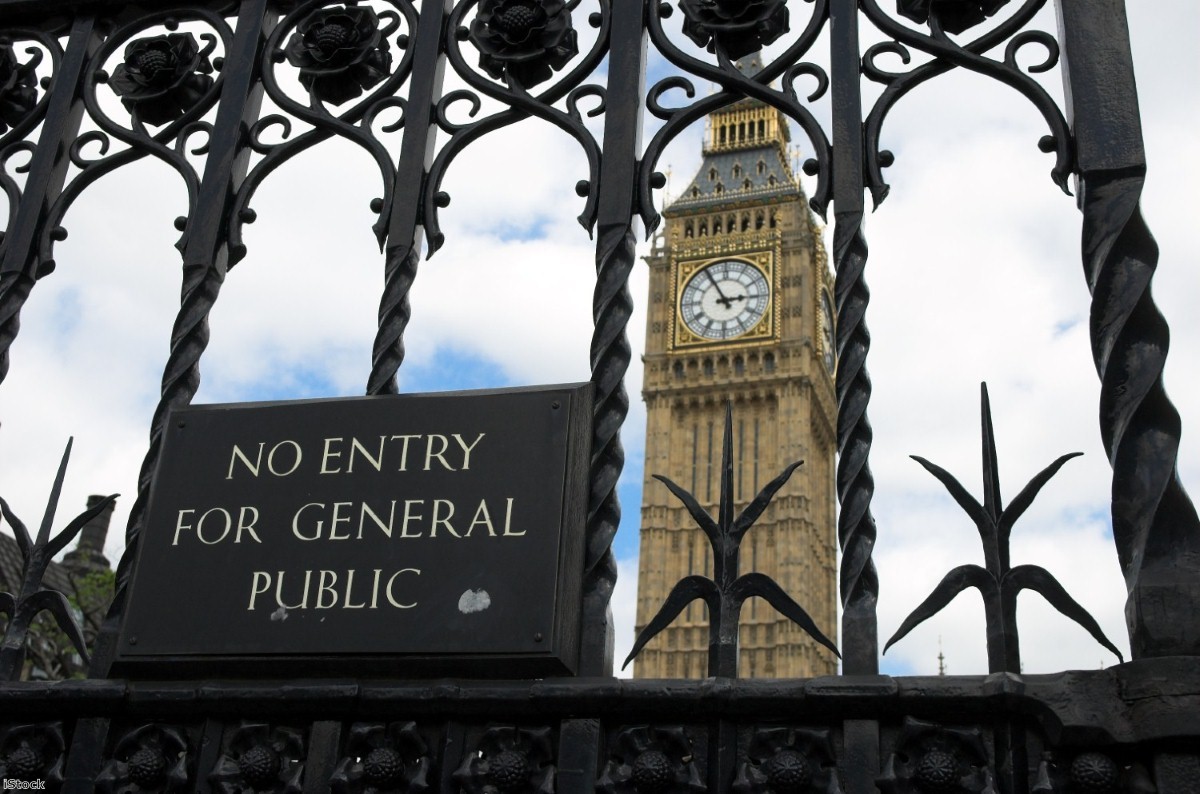 For a long time, the Lords has been viewed as something of a constitutional quirk – an amusing relic in the heart of Westminster.

But it has a huge sway on our political discourse and policy. And it’s now coming under some much-needed scrutiny.

Today, efforts to reform the chamber start anew. One hundred and seventy thousand people have signed a petition calling for the Lords to be abolished and on Monday that argument is being heard in parliament.

New figures by the Electoral Reform Society (ERS) show just how unrepresentative the Lords really are.

Of the 564 peers whose place of residence is known, 306 (54%) live in either Greater London, the South East or the East of England, leaving the Midlands and the North West under-represented.

In fact, just 5% of peers stated they live in the North West, compared to 11% of the public.

Peers’ professional backgrounds are also far from the average person's. There are 235 former politicians, 68 political staffers or activists and ten civil servants. Just one peer, Baroness Blood, has a background in manual labour (having previously worked in a linen mill) – compared to two who previously worked for the royal household. It is yet another shocking indictment of this crony-packed Chamber.

The House of Lords is the Westminster bubble's private members' club. And we are all paying dearly for it. What this means in practice is that, when a whole host of issues are debated in the Lords, very few people are speaking up with first-hand experience from that region or profession.

Unfortunately, these stats only tell us about the Lords we know about – peers are under no obligation to tell the taxpayers, who fund their expenses, where they live. And this geographical bias in the second Chamber extends beyond the capital to its adjacent regions.

The House of Lords represents London and the South much more than the Midlands or the North. But how aware or sympathetic are these members to the issues affecting people living more than 150 miles away in Sheffield, Leeds, York or Hull?

Since peers are appointed, it’s no surprise that a huge number of peers are big party donors or mates of the prime minister.

The problem is only getting worse. Following 13 new appointments – cynically announced by Theresa May hours before the royal wedding to avoid negative coverage – membership of the Lords now stands at 816.

It has grown by more than 21% since the turn of the century and is the second largest legislative chamber in the world.

Such high numbers come at a high cost. The average peer claims over £22,000 in expenses for the circa-141 days the chamber sits each year (they can claim £305 a day – tax-free).

And despite reforms which eradicated the majority of hereditary peers, there are still 92 peers there because of the family into which they were born. When a hereditary peer dies or retires, that number doesn't go down: instead, a 'by-election' is held, which sees small numbers of existing Lords decide which of their fellow aristocrats should join their ranks.

In fact, a so-called by-election is due to take place this month, when 31 peers will decide who replaces Earl Baldwin of Bewdley (grandson of former prime minister Stanley Baldwin). The whole thing would be laughable if it wasn’t so important.

This bloated house of barons can't be democratised through minor reforms. Peers have proven over time that they are either incapable or unwilling to put their house in order.

What is required is to start again from scratch: to replace a relic with a Chamber fit for the 21st century and representing every part of the UK.

The best way to achieve this is by having a fairly-elected second Chamber of the regions. A truly democratic voting system would ensure that each region is given its own voice, with dedicated representatives there to hold the government to account.

Britain deserves much better than a London-dominated chamber of party appointees. It is time to consign the House of Lords to the Dark Ages – where it belongs – and build something better in its place.