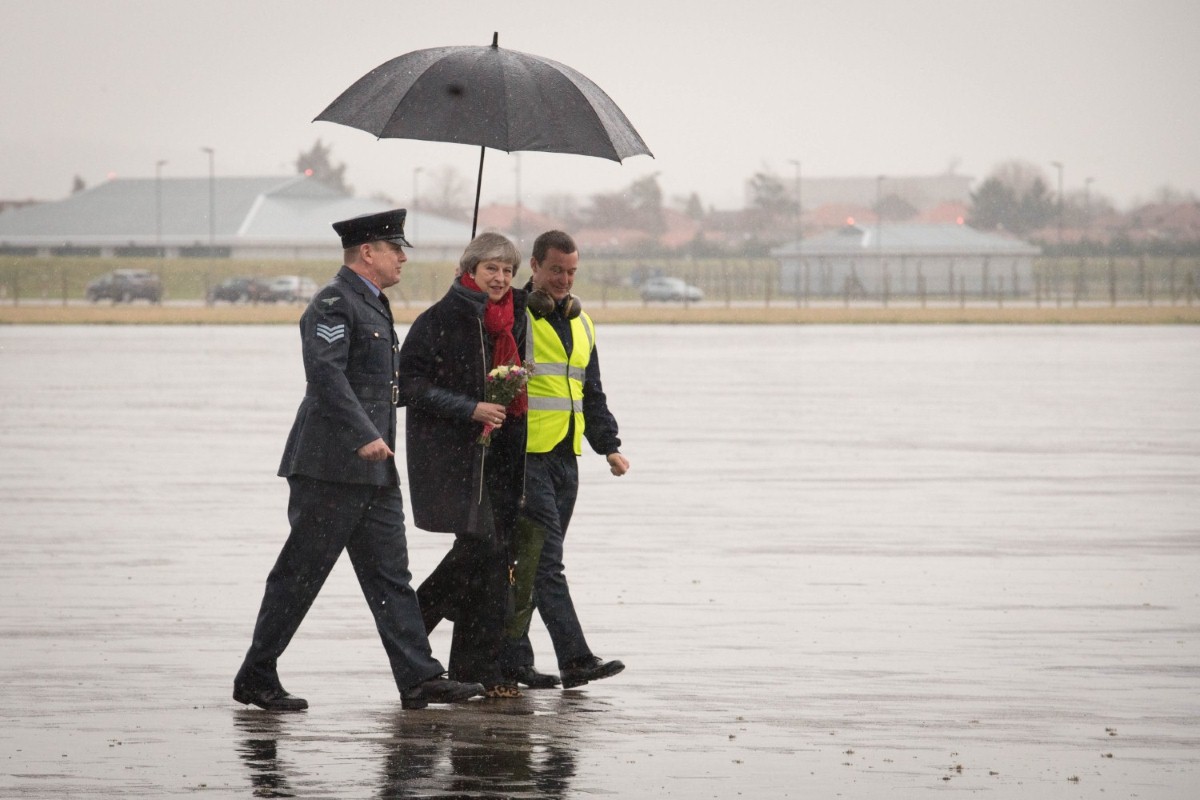 May should leave with honour, rather than serve the Rees-Moggites

On her UK tour day-trip last week, the prime minister was posed a key question. "Do you think Brexit will be worth it?" the BBC's Laura Kuenssberg inquired. It's the third time she's been asked. And, a bit like St Peter, it was the third time Theresa May refused to answer.

The first person to ask this question was a member of the foreign press corp after her Mansion House speech recently. There was no answer. Then she was asked again by the Plaid Cymru MP Jonathan Edwards in the Commons. Nobody could hear her reply. Did she say yes? It really wasn't clear, although Hansard says she did.

May's father was a vicar, and she is a church-goer. I expect she takes a dim view of lying and regards telling the truth as important. That doesn't stop her avoiding the truth, of course. She's perfected a certain technique of not answering questions, in a manner which is dull and irritating. But no-one has actually caught her lying and I doubt anyone ever will.

When invited to say which way she would vote in an EU referendum today, she has also refused to answer – because, I think, she doesn't want to lie.

Is Brexit worth it? What if May did say yes that time in the Chamber? What would she have meant by that answer? The truth is she doesn't believe Brexit is a good idea. But she does think Brexit is worth it – for her.

I was one of those who, briefly, felt pleased for May in the summer of 2016 when, like Fortinbras at the end of Hamlet, she stepped over the dead bodies of her political rivals to grab the top job. She had been patronised and disdained by the Tories' Bullingdon Tendency, but had outlasted them all.

She is a civilised person – not flashy, not personally vain. Her attempts to bring sanity and restraint to the boardroom on the issue of executive pay have gone further than any recent government has managed. But back in late 2016/early 2017 she seemed, temporarily at least, to believe the absurd hype which the Daily Mail pumped out about her, and was persuaded to call a general election to "strengthen my hand" in the Brexit negotiations. We all know what happened next. She has only just begun to recover her poise nine months later.

So why, if she does think Brexit is a bad idea, is she able to carry on in office? Like others, she invokes 'the will of the people' to justify her actions. She probably thinks she is pursuing an honourable course. This was an argument that Damian Green made more explicitly while he was in Cabinet. He still thought Remain was the better option, but he was duty bound to put Brexit into force.

This dilemma is worthy of an episode – perhaps several episodes – of Yes, Minister. What is the truly honourable thing to do: to respect the result of the referendum, or to say what you believe to be best for the country?

It seems to me that a prime minister ought to be honest with the voters. Edmund Burke said: "Your representative owes you, not his industry only, but his judgment; and he betrays, instead of serving you, if he sacrifices it to your opinion." This is relevant for all MPs of course, not just the PM. Are they, too, serving with honour if they push through something they know to be a mistake?

But regardless of how Brexit will damage the country, it is worth it for May. She will be allowed to stay in office so long as she pursues a Brexit that hard-liners in her party and the press find acceptable. Perhaps it is this self-interest which leads her to keep evading the question of what Brexit will be like for people outside her office.

Or maybe there is another, more subtle explanation. Maybe May knows that anything other than the softest possible Brexit will be a disaster. And even while she mouths the tedious platitudes about "taking back control of our laws, our borders and our money", she knows full well that nothing of the sort is going to happen.

Transition, implementation – whatever you want to call it – is likely to take much longer than anyone is admitting. It may never end. The de facto position is that the UK is going to stay in "full alignment" with the EU, the customs union and the single market. She just doesn't think the time is right to tell Jacob Rees-Mogg yet. This might be seen as clever politics, almost Wilsonian in its guile. But it is hardly honest, low risk, or the best option for the country.

The history of Brexit has not yet been written. The prime minister should think hard about what sort of write-up she ultimately wants to get. She could, even now, tell the truth about Brexit and dare the Rees-Moggites to kick her out. So be it. That would be exit with honour. As things stand she will be granted a slightly longer period at No.10, but possibly with terrible consequences for the rest of us.

It must be nice being prime minister. But it can't be worth clinging on at any cost.

In the Gospel according to St Mark, chapter eight, verse 36, Jesus asks: "For what shall it profit a man, if he shall gain the whole world, and lose his own soul?" These are words the prime minister must have heard her father declaim from the pulpit on more than one occasion. She should recall them now.

Stefan Stern is a former FT columnist. He is the co-author with Prof Cary Cooper of 'Myths of Management – what people get wrong about being the boss'. Follow him on Twitter here.