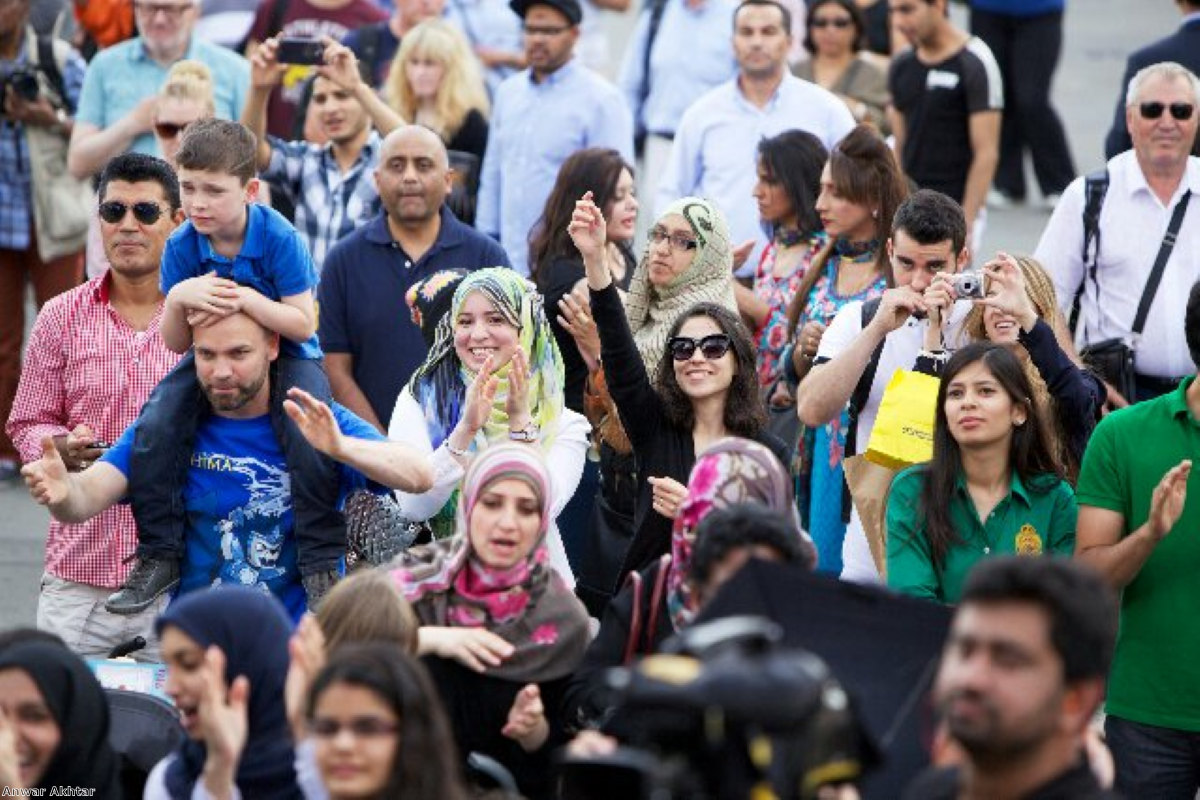 Searching for the Muslim vote

If the snap general election was greeted with a groan by many, this was especially the case in Britain's various Muslim communities. The election comes two weeks into Ramadan and, particularly for those involved in campaigning, the timing may be unwelcome regardless of political affiliation. The devout and the orthodox embrace the holy month with piety, prayer and fasting. For most of us from Britain’s Muslim communities, whether devout, secular or agnostic, Ramadan is usually a time to step back, a time of reflection and family.

Piety, prayer and fasting are not things one associates with Lynton Crosby, the Conservatives' election Svengali, who reportedly encouraged the Tory party to stop chasing the votes of "f***ing Muslims" – a statement he denies making but which will not be easily forgotten by Muslims in the UK. His firm later played a key role in the London mayoral campaign of Zac Goldsmith, who tried to portray Sadiq Khan as a religious extremist.

For the sake of readers of a delicate disposition, I will not repeat what my nieces, nephews and their peers now think of the Conservatives due to Crosby’s various Muslim-focused interventions. They won't be voting Tory though.

If you want an example of the double standards regarding race and media coverage in the Westminster bubble, imagine if comments like this had been reported about Jewish or gay voters, rather than Muslims. It would have been a much bigger deal.

There will be many issues concerning Britain's various Muslim communities during this election, from racism, gender inequality, poverty and the economy to foreign policy, the NHS and the controversial Prevent programme.

British Muslims are not a monolithic block, despite the crude attempts by some lobby and campaign groups to portray them as such.  Labour cannot be guaranteed the 'Muslim vote', if such a cohesive entity even exists, given the lasting fallout from the Iraq war. There are also concerns about some constituency parties with large Muslim populations being dominated by unaccountable all-male cliques. Manchester Labour councillor Amina Lone has raised concerns about this while working to challenge the misogyny Muslim women face.

Some Labour MPs seem to be in place more thanks to internal political machinations, male elder-controlled block votes and party apparatchiks than ability or popularity. Khalid Mahmood, MP for Birmingham Perry Barr, managed to be absent for the vote to go to war in Iraq, voted against the subsequent inquiry into the war, and has been an outspoken supporter of the Prevent programme. He is also a member of the Henry Jackson Society, which has a questionable relationship with Muslim communities, to put it kindly.

Labour will do better than the Tories with Muslim voters due the echoes of Conservative history in their increasingly anti-immigrant rhetoric. If you listen closely enough, many hear the voices of Enoch Powell, Smethwick, and Norman Tebbit once again. No-one in Britain's Muslim communities is going to seriously challenge Jeremy Corbyn’s anti-racism bona fides given his steadfast campaigning for the anti-apartheid movement and support for Palestinian rights.

The Lib Dems are also set to do well, especially with young voters and in big cities with large university campuses, due to their strong opposition to Brexit. This will balance out residual anger over the coalition hike in tuition fees. The many Muslims who are entrepreneurs, self-employed, or have small businesses may gravitate towards the Lib Dems as well if they perceive Corbyn as insufficiently pro-business.

Two organisations that will be very active in getting the vote out in Britain's Muslim communities are Mend and the Muslim Public Affairs Committee (MPAC).

Mend does fantastic work opposing Islamophobia, tracking and recording racial attacks on Muslims, to ensure the authorities respond fully. Critics accuse them of being less sure footed on gender equality, social barriers on women in Muslim communities and speaking out against sectarian preachers of hate.

Fans of nuance and balance may also be concerned by Mend's stated aim to achieve success through emulating the belligerent advocacy they see from pro-Israel groups such as Britain Israel Communications and Research Centre (Bicom).

MPAC has some energetic activists on the ground and played a central role in previous election campaigns, but they seem to have lost their mojo in recent times and, again like Mend, have a blind spot when it comes to gender equality.

Cities like Bradford, Birmingham, Leeds, Manchester and parts of London, like Newham and Walthamstow, may see lower key campaigning due to Ramadan. This won't affect turnout. If anything it may increase it, as Ramadan is also a time of reflection, of thinking about the future.

So as we approach the holy month of Ramadan, may I wish everyone a peaceful month and wish a very early Eid Mubarak to all readers of Politics.co.uk, and – given it’s a time of goodwill and peace to all – to Lynton Crosby as well.

Anwar is director of The Samosa media project. He co-led the RSA's Pakistan Calling film project which focused on identity, education, equality, culture, religion, development, conflict resolution, women, and minority rights in the UK and Pakistan. Anwar was production consultant on the play Dara and previously Director of Richmix in East London. He tweets here.