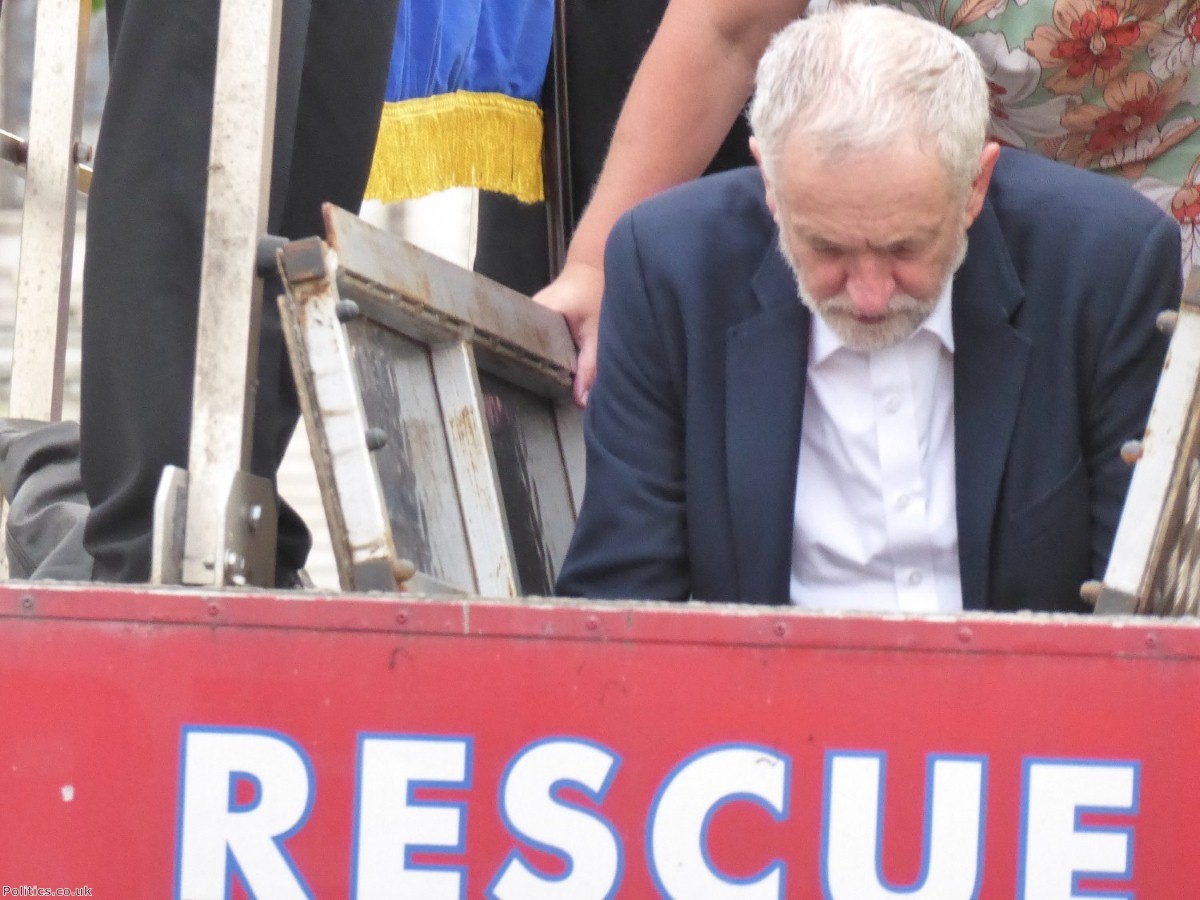 No political party has an absolute right to exist. History is full of movements which have fizzled out or collapsed under unstoppable internal pressures. The risk of a similar fate now hangs over the Labour party.

Last night the party's MPs gathered in Parliament after a long two days of almost continuous shadow cabinet resignations. The committee room was full to bursting with angry MPs waiting to let rip at their leader. Such was the demand to enter that, when Jeremy Corbyn's chief spokesperson Seumas Milne arrived outside, guards told him the room was "too full" for him to be allowed in.

Conditions inside were likened to a "pressure cooker" as MP after MP stood up to attack the man who was elected as their leader just nine months ago. By contrast, only two MPs stood up to defend him. When it finally came to an end, one former shadow cabinet member described it to waiting reporters as a "battle for the soul of the Labour party", while another said it was "heartbreaking," adding: "if he carries on like this he will destroy both the Labour party and the country".

Despite everything, Corbyn's team were defiant.

"Jeremy Corbyn was overwhelmingly elected by an overwhelming majority of the Labour party," his spokesperson insisted.

"He is not going to betray the wishes of those members of the Labour party."

They went on to dismiss the ongoing resignations as "irrelevant".

"There is only one way if people want to change the leadership of the Labour party [to do so].

"That is to stand a candidate, get the nominations and mount a challenge and have an election and Jeremy will be a candidate in that election. So all these resignations are a side issue and a distraction from that point."

When Corbyn's spokesman described the attempts to unseat him as "corridor coups," Labour MP John Woodcock, who had been standing listening to the briefing in the corridor, could hold himself back no longer.

"You're the one who's standing in a corridor and briefing from what is meant to be a private meeting guys, so come on," he shouted.

"I think it is extraordinary that you stand and slag us off from a private meeting."

Corbyn's spokesman responded by angrily accusing Woodcock and other MPs of briefing the media "every day".

There then ensued an extended row between the two men in which the Labour MP accused Corbyn's team of "spreading lies" about his colleagues.

"I have been serving voters in Barrow and Furness since I have been elected," Woodcock told reporters.

"I work very hard for them. And when unelected people like this come out of the shadows and accuse Labour MPs who are deeply worried about the future of their country, and the Labour party faces an existential threat from the leader that we have, to then be accused [of corridor coups] by Jeremy's unelected officials who apparently never even attended a meeting of the Labour Remain campaign is just too much."

Around 1,500 of his supporters had gathered outside in Parliament Square to lend their support to their embattled leader. Shortly afterwards, Corbyn and his shadow chancellor joined them.

By the time they arrived, there was utter pandemonium on the Square with huge crowds shouting Corbyn's name as he crossed the Square to ascend the fire engine.

Amid chants of "Jez we can", John McDonnell told the crowd that their leader was going nowhere, despite the wishes of "a small number of MPs".

There were loud boos at the mention of Labour MPs, with crowd members holding up placards describing them variously as "traitors," "Bliars" and "Blairite Cuckoos." One woman wore a T-Shirt describing them as "vermin".

Shouts of "bring out the traitors" as Jeremy Corbyn's supporters pass Parliament. pic.twitter.com/GKrlvzVqJy

Afterwards, as the crowds passed Parliament, there were shouts of "bring out the traitors" directed towards MPs inside. It was clear that the gulf between the leader of the Labour party, his supporters, and his own MPs could not be any greater.

The Labour leader, his team, and the thousands of supporters who turned up at short notice to defend him last night, make it clear that any such outcome is vanishingly unlikely. He is here to stay, even if it means the end of the Labour party as we know it.

And that end may well come. If Corbyn continues to ignore the feelings of his own MPs then it could very quickly get to the point where they formally split with the wider party. Mass defections, or even the creation of an entirely new political party, cannot be ruled out. Labour has already effectively died in Scotland. The fallout from the referendum campaign could see it collapse in other parts of the UK as well. Political parties do not have an enduring right to carry on. The Labour party, as a single united political force set up to represent the interests of working people across the country, could very quickly cease to exist.

In any other political period, such thoughts would be easily dismissed. But after the week we've just had, it now feels like almost anything is possible in British politics.