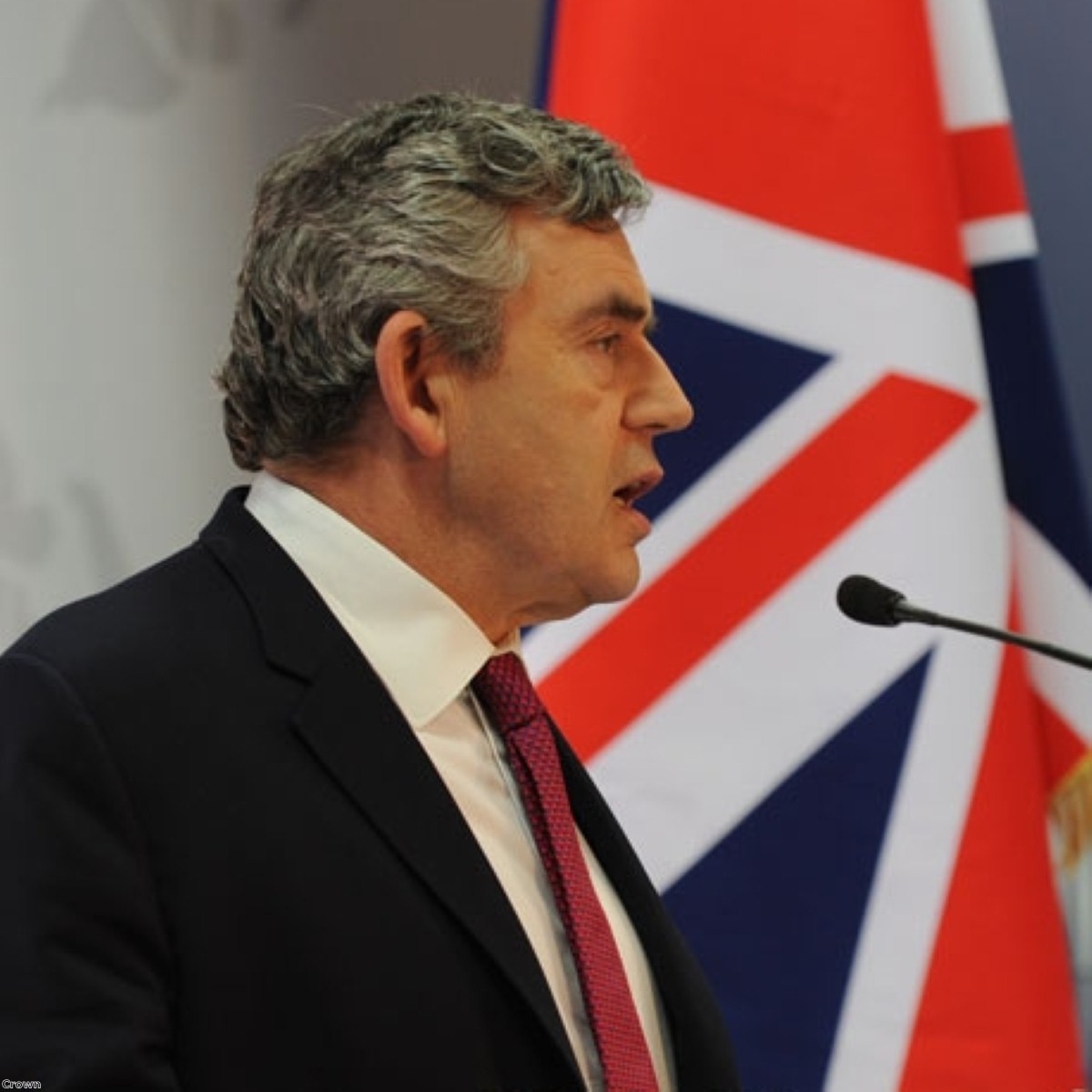 Gordon Brown's call for a nationalisation of North Sea oil has left the industry cold – but then energy firms aren't the former prime minister's target audience, are they?

"It's all about the oil, isn't it?" one committed nationalist told me on the shores of the Forth last September. "It'll be around for years to come. Just think what we could do with the money."

It was a surreal situation – the harbourmaster of a tiny port in north-east Scotland talking about the benefits North Sea oil could bring to his nation, if only they had control of it. Out in the estuary a distant oil rig could be seen on the horizon. Despite the fact that North Sea oil is set to fall to just 1.3 million barrels a day in 2018 from a peak of 4.3 million barrels in 1999, this harbourmaster was completely confident a Scottish government could turn it around.

He would have been bitterly disappointed by the referendum result. The No campaign's victory was achieved in part because of Brown's last-gasp interventions. Now Labour has rolled him out again to thwart the nationalists one more time. And this time he's using oil to his advantage.

Often when Labour press releases use the word 'radical' – as in 'radical new plan to shake up Britain's paperclips' – they're prone to over-reaching. Not so with Brown's "radical plan to spark an economic revolution in Scotland". The problem, as he sees it, is that many of the oil fields now being wound down could end up being "avoidably left behind, underdeveloped and valueless".

Brown thinks this is shameful. So he's decided it's up to the government to prevent this state of affairs from coming to pass by pouring money into the North Sea. His speech in Glasgow outlined  his plan to use taxpayers' money to maintain and upgrade infrastructure and, where necessary, provide last-resort debt finance for companies who want to keep fields open. Loans, advance purchase agreements and public-private partnerships could all be deployed to achieve this. It's a lot more complicated than the simple word 'nationalisation' suggests, but has the same broad effect: the state stepping in.

The industry doesn't like it much. Figures inside the sector are remaining tight-lipped about Brown's proposals and avoiding talking about them altogether where possible. They view his approach as an unwelcome distraction from a much more tangible prize: tax breaks.

Right now it's a case of reeling George Osborne in. The chancellor has already made clear he's prepared to help out North Sea oil after meeting with the Oil and Gas UK lobby group last week. This is what Osborne had to say at the opening of the OECD's economic survey of the UK:

"I want the hardworking people whose livelihood depends on the oil and gas industry to know that the British government is standing alongside them – and we will do everything we can to help. We've already cut taxes – and if we need to we will do so again in the Budget."

It is the humble submission of Oil and Gas UK that – yes please – the Treasury very much does need to step in and cut the headline rate. Having received regular fillips from No 11 over the last five years, the industry wants further drastic steps because of the global slump in prices. Nearly 60% has been wiped off the value of crude oil since last June, triggering an anxiety for action that politicians simply have to meet. Scottish Conservative leader Ruth Davidson even went so far as to publicly call on Osborne to take action. "We need to send out a big signal that the North Sea is open for business," she said.

Such carefully choreographed comments do not come unless something big is in the works. And in a further signal that movement is on the way, shadow chancellor Ed Balls has even sought to score points by calling for action now, rather than in a few weeks' time. "I am really surprised we have not had any proper signal from the Treasury about the North Sea and taxation," he said. "I didn't think they should just let this sit until the Budget."

Balls' ploy is to outbid the government in offering assistance to the industry. And this is exactly what Brown is doing on a larger scale with his speech. Why? It's not to get the industry onside. It's to win over Scottish voters, who are threatening to walk away from Labour in this election on a scale never seen before.

What Brown's proposal for a North Sea rescue package offers them is hope. Talk of 100,000 extra jobs and a return to the glory days of the North Sea oil boom will be deeply appealing to voters on the east coast of Scotland.

The danger now becomes that the rhetoric will be allowed to get out of control. "It is wrong to write off the North Sea, which could be producing oil for 40 years to come," Brown says. It is as if the basic truth that as much as three-quarters of the oil in the North Sea has already been consumed can be ignored.

Brown's alternative – which implies a dramatic cessation of drilling activity several decades down the line – is about keeping the voters happy. Given the state of the polls, it's not surprising Labour is happy to put the future off for another day.