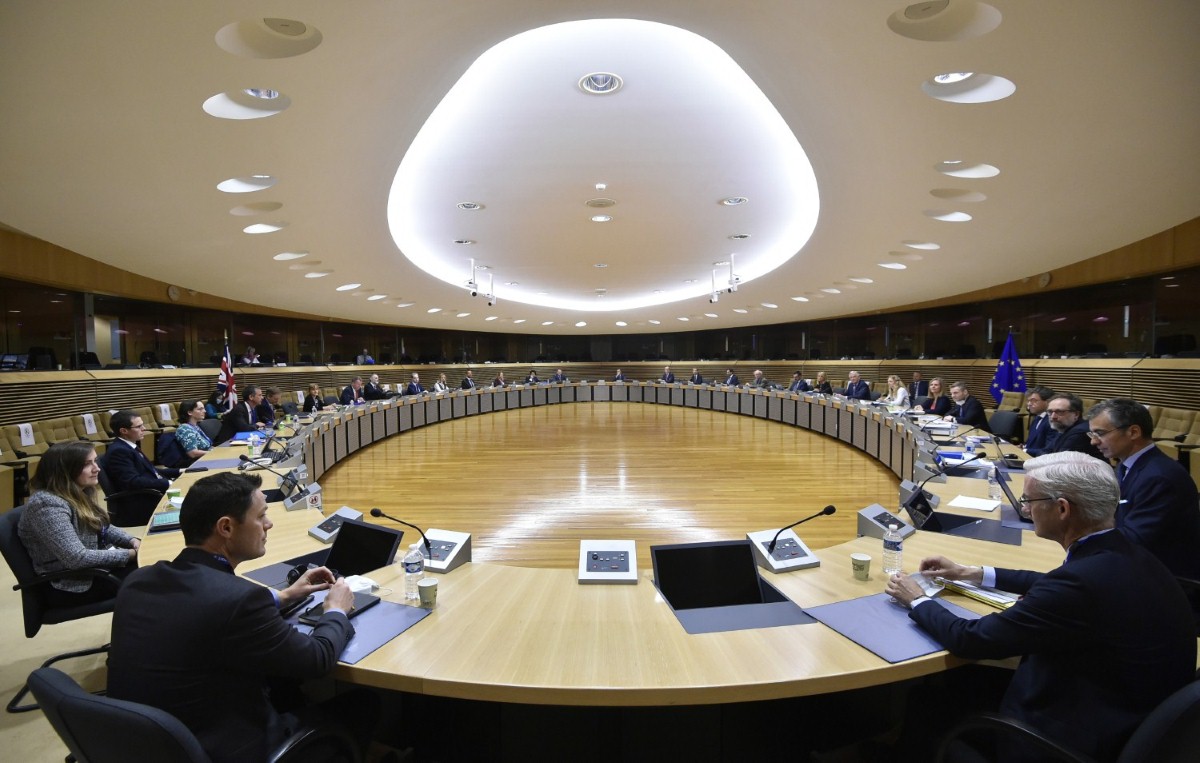 And so on Tuesday it finally began. After four years of hearing how everything would stay the same, things started to change. First, parliament passed the Immigration Bill, which definitively terminated freedom of movement in law. Then, at midnight, the deadline passed for the UK and EU to extend the Brexit transition period. There is now, to all intents and purposes, no going back. We've had the rhetoric, and now comes the reality.

The transition has cocooned us in the illusion that the most complicated divorce in British history can be accomplished without any consequences. Since January, we have been out of the EU and haven't noticed it once in our daily lives. But the transition period wasn't designed to be the calm before the storm. It was designed to avoid that storm. The entire purpose was to create a 21-month period of frenetic activity in which the economy could implement and adjust to our new trade agreement. Now, in line with an international treaty, that period will end in six months, and the agreement we're meant to be implementing doesn't even exist.

The Immigration Bill was more predictable. It was, after all, the central plank of Brexit and the issue ministers most enjoyed promoting. Sure enough, it passed by a majority of 94 votes in the Commons. MPs even rejected an amendment from Yvette Cooper which sought to preserve the rights of unaccompanied child refugees. And yet, for all the inevitability and cruelty, the vote was still a moment of historic shock. Here was a democratic legislature voting to take away its citizens' rights and those of its closest neighbours and allies. One of the few constants, necessities and joys of human civilisation has been to seek a better life in another place. Since 1973, millions have taken the opportunity to work, study, find love or retire in a place where they were not born. MPs denounced and discarded that freedom, and then celebrated.

Perhaps it was no coincidence Boris Johnson gave his much-vaunted 'FDR' speech on the same day both the bill and deadline passed. Only a man who governs by slogans and gaslighting could promise to 'build, build, build' at the precise moment he was tearing everything down. Never mind that the speech was a barely edible reheating of previous manifesto commitments, which in some cases amounted to spending cuts, and in any case totalled under £100 of spending per head. It flew in the face of what the government is actually doing.

Jobs are draining from the economy, fast. On Tuesday alone, while parliament was ending free movement and Johnson was promising investment, major companies announced almost 10,000 job losses. A government which paid basic lip service to caring about its people would act to stem the flow. This one simply blows another stick of dynamite in the dam.

Here's the point. The transition extension was meant to give more time for negotiations, thereby avoiding a no-deal outcome in December which will devastate jobs and supply chains. No-deal used to be impossible because parliament was sensible enough to reject it, but that is no longer the case. No-deal could happen by accident or design. Some senior Conservatives want to treat the negotiation like the virus and pretend it isn't happening. Some actively seek no-deal, which they will blame on both covid and the EU. Against this backdrop, a slogan of 'build, build, build' is like cutting off all your fingers to establish a career in needlework.

Eventually there will probably be a frenzied, last-minute attempt to make a deal when it can no longer be avoided. At that moment the nationalist game-playing will give way to legal fine print. But even if there is a deal, it will be messy and pointless, imposing barriers where none previously existed and restricting profitable sectors of the economy. There will simply be no time to achieve anything better. As if on cue, the latest round of negotiation ended prematurely yesterday, with EU negotiator Michel Barnier noting the lack of progress.

What this all really amounts to is dogma. Most commentators assumed the government would see sense on the transition. They had every reason and excuse to extend it, and polls repeatedly indicated widespread public support for doing so. But in the end, the worst pandemic in a century is to postpone every major world event except the voluntary implosion of our economy, for reasons we cannot explain.

The lesson here is bleak. Both freedom of movement and the transition extension were about preserving options. Migration rights were an opportunity for individuals. The extension was a back-up plan for the country. But we treated the EU's offer of friendly assistance as an enemy attack and deliberately sealed our own escape routes. At a time when everything is falling apart, our government not only has no plan to make our lives better, it plans to make them worse.