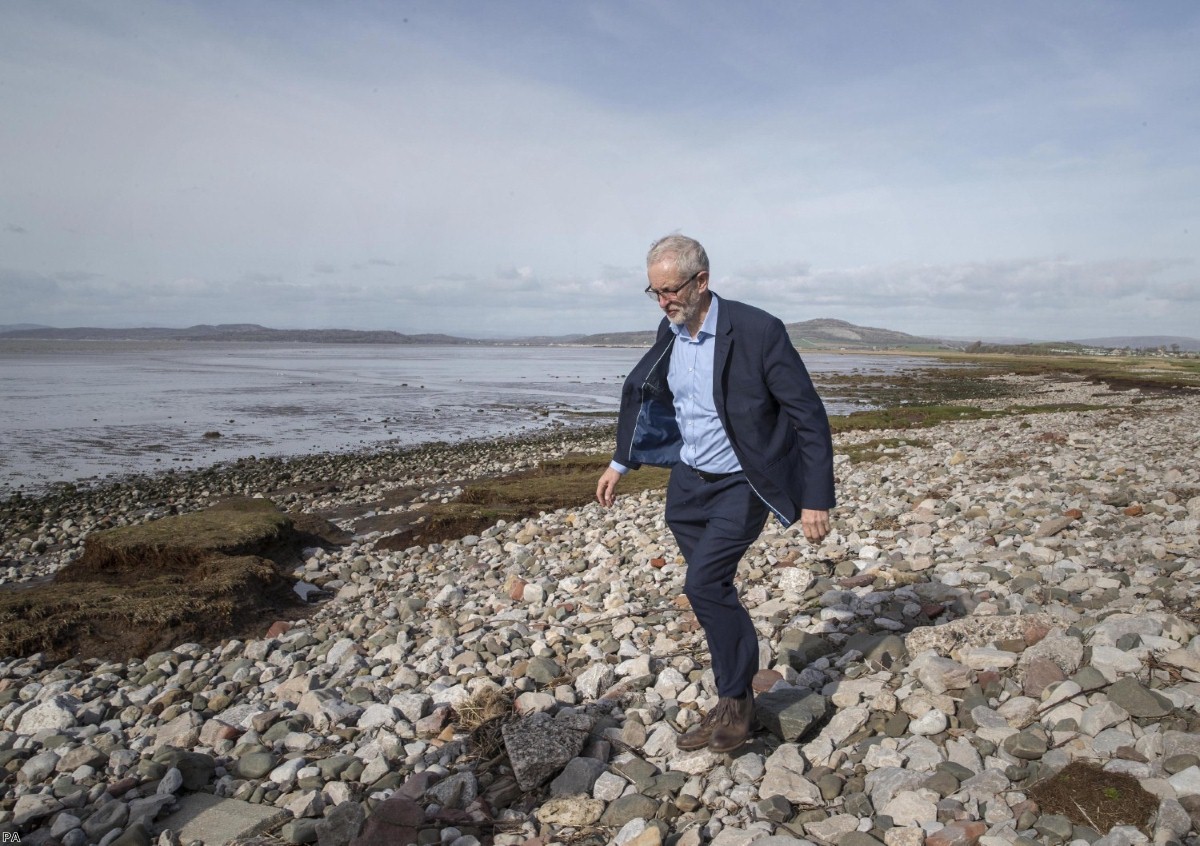 Week in Review: The last day of Jeremy Corbyn

Finally, it's done. This is Jeremy Corbyn's last day as Labour leader.

The experiment has been a disaster of biblical proportions. That is a point of electoral fact which cannot be negated by insisting that he 'won the argument' or with limp suggestions that the coronavirus response is somehow a validation of his political ideology.

His failures are legion and could go on for pages. It was the worst possible moment for it. Labour went absent just as the country was facing a powerful resurgence of reactionary nationalist sentiment. It meant that internationalists were denied an effective parliamentary vehicle to fight back and were instead reduced to rebellious MPs and a protest movement.

Those two groups fought a brave, principled campaign, under constant attack from left and right. But without the opposition party behind it, it was always an uphill battle. When the history books are written, it will be Corbyn – not Theresa May or Boris Johnson- who is treated as the main explanatory factor in Britain's deluded festival of hara kiri.

But we know all that. It's done. So today is a useful opportunity to ask a different question. What did we learn from the Corbyn movement which might stop us making similar mistakes in the future? And at the heart of that is not policy, but attitude.

The Corbyn machine was based on denial of reality born out of faith. And it is the faith that must be killed. There is no place for it in politics. It does not nurture hope. It encourages hatred.

Corbyn pursued politics without any suspicion that he might ever be wrong. His views were fundamentally unchangeable. They were set in the 70s and they lasted until today. No evidence against them could ever permeate the certainty with which they were held.

Organisations take on the character of those at the top and this was equally true for his movement. Corbyn was the saint, the prophet, the man whose inability to scrutinise himself was rebranded as unshakeable conviction. So many of those who followed him – not all, by any measure, but enough to define the movement – adopted the same approach.

Saint Jeremy could not be challenged. If events went against him, it was not because he failed in some way. That was unthinkable. It had to be because of a conspiracy against him, from the media, or opponents in the Labour party, or the Remain movement. The motivations of those who criticised him could never be genuine or their opinions truly held. They had to be cynical, scheming, in-it-for-themselves, liars, cheats, hypocrites, in league with big media or big money.

The Corbyn movement was an example of epistemological breakdown. It's psychologically identical to what happens to conspiracy theorists. You accept your truth. It becomes unchallengeable. Then everything which might disprove it must be put down to a shadowy effort by powerful forces to undermine it. And soon reality falls away. The world is degraded in order to shore up one's faith.

It is no coincidence that Labour fell victim to anti-semitism, the oldest of all the conspiracy theories. The structure of that form of thinking is identical. It is just a short step from questioning the motivations of those who challenge the leader to deciding that anyone who interrogates their record on anti-semitism is in the pay of Israel. The culture which fostered anti-semitism is the same which constructed mental defences against objective reality. And the party structure which failed to deal with it was the same which treated any criticism of itself as suspect.

The Corbyn movement was motivated by decent sentiments about helping the poor, nationally and internationally. But this messianic approach to politics never ends in kindness or gentleness. It always ends with tribal hatred. And you can see it today. The remains of the Corbyn movement online are behaving now precisely the way they behaved in the early days: with threats and abuse against those who disagree with them.

Anyone who has ever criticised Corbyn on social media knows how this works. They know the constant stream of hatred which follows. For many people – especially Jewish people, especially women – that became a nightmare that followed them into the real world, requiring security protection or forcing them from the party.

But when that happened, there was no moment of self-doubt, no flicker of moral recognition about the severity of what had occurred. There couldn't be, because the mental walls were too strongly set. So this too had to be translated into an attack against the leadership. The Corbyn movement became a self-perpetuating system for moral justification. Even when the things it witnessed were the direct results of its own actions, they had to be reformulated as evidence of conspiracy against it.

That's the lesson we can take from this. It is not about policy. Any number of Corbyn policies – although perhaps not all of them at the same time – could win in a British general election if presented in a convincing and competent way. It's not even about presentation, even though that left much to be desired. It is about how you conduct yourself in politics.

That goes no matter where you are on the political spectrum. We must never give in to the pull of hero worship. We must temper our support for a leader with a commitment to objective reality. We must resist the allure of conspiracy theory. We must leave ourselves open to doubt. We must reject faith.

We've lost so much over the last few years. But if we can take that from this debacle, at least we'll have gained something.