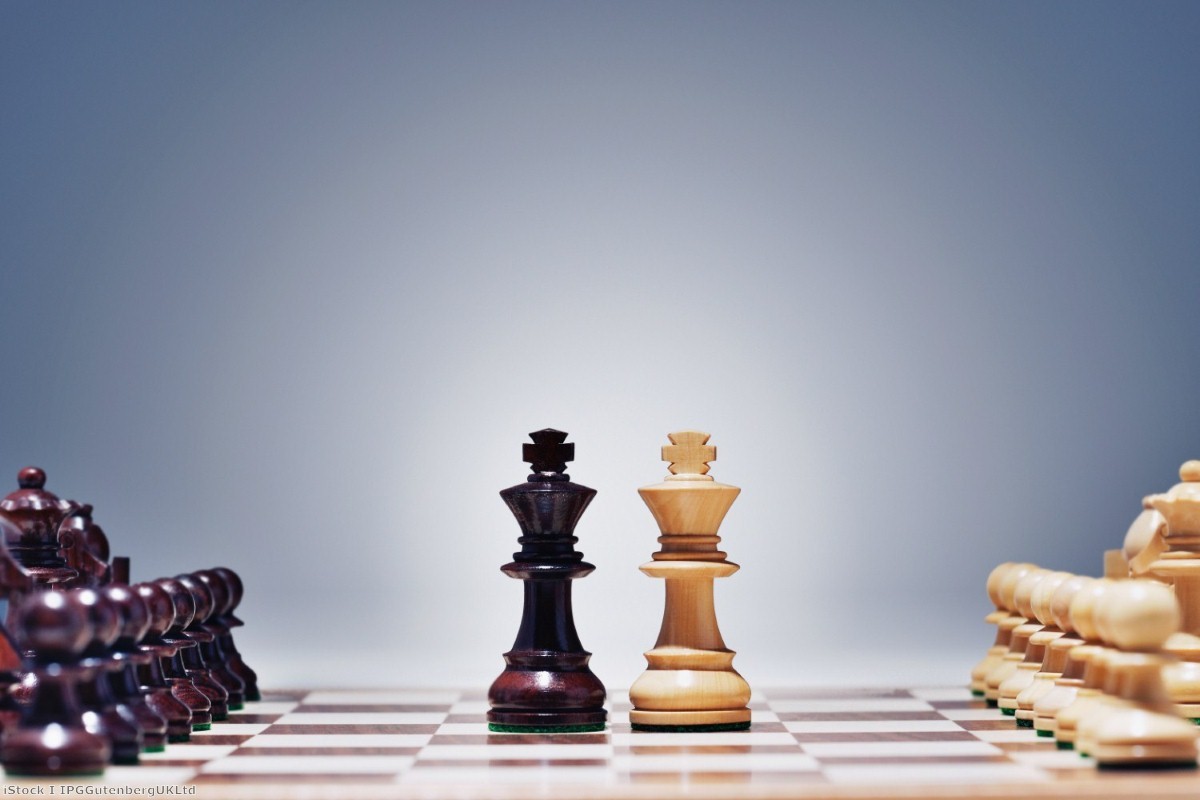 'Both sides'. It's one of the most pernicious phrases in modern politics. It sounds so reasonable. But what it does is not reasonable. It aims to prevent the allocation of blame and the diagnosis of problems.

Since Boris Johnson waded into the Commons on Wednesday and promoted a nightmare agenda of division and hatred, we've heard a lot about 'both sides'.

"There are members on both sides of the House and both sides of the Brexit argument who have been personally threatened and whose families have been threatened," Speaker John Bercow said during the debate. That's been eagerly taken up. Every time a Brexiter touches on this subject, they never fail to point out that 'both sides' are responsible for abuse. There are "serious threats" of violence against both sides, Dominic Cummings, the mastermind behind Johnson's bullying strategy, insisted yesterday,

The problem with 'both sides ' is not that it is completely false. There is some truth to it. Jacob Rees-Mogg has had his private home targeted by activists, for instance. Brexiter MPs are sometimes shouted at when they walk from parliament to College Green to do TV interviews.

Admittedly, it is occasionally flagrantly nonsensical. On Newsnight on Wednesday night, Tory MP Bernard Jenkins tried to compare the death threats MPs receive to the strain Boris Johnson is under. Brexit campaigner Isabel Oakshott asked why it was OK to be outraged by abuse but still call Johnson a "liar" or a "racist".

This is how it always goes with the subject of abuse. For a few fleeting moments you feel a sense of hope, like the spotlight being shone on it might actually lead to change. But then things start to dribble away.

It begins with the comments about 'both sides', then it moves on to straight-up whataboutery. And before you know it, the whole thing has been neutralised. Nothing can be changed, because everyone is culpable. It becomes a failure of the human condition rather than a kind of political behaviour footed in specific circumstances and the actions of individuals.

The whataboutery is not worth considering. It is OK to call people racist when they make racist comments and liars when they lie. That is a critical description, not abuse. Only a fool would conflate them.

The 'both sides' argument is stronger. It has a kind of colouring-in quality. It takes lots of different comments in different contexts and makes them appear the same.

But they are not the same. They are distinct. And it is by spotting what makes them distinct that you might possibly come to a way of minimising them.

Remainers are responsible for some abuse, there's no doubt about it. It's much parroted but true that they can instinctively think of all Leavers as racists. And the frustration over watching intellectual arguments about trade or security be ignored means they very often treat all Leavers as stupid. Sometimes the online Remain movement targets Brexit supporters with the grim dehumanising tactic of pile-ons. It's grim and it shouldn't happen.

Labour have a significant problems with abuse too. Its online presence is a nest of angry entitled horrors, full of people who see any deviation from the true path as heresy.

The powerful moral argument of the left, particularly since the 2008 crash, has created a kind of justificatory instinct for abuse. Have people died as a result of austerity? Yes. Was it necessary? No. These facts activate a sense of moral fury. And they allow some parts of the Labour movement to treat any opponent as a kind of murderous, cold-hearted monster.

The Corbynites' emphasis on media control and 'dark money' – both arguments have a strain of truth in them, but are massively overstated – means they treat opponents not as people who think differently but as agents of a hostile political camp operating under a cloak of deception: liars with bad motives.

Brexit abuse comes from a completely different place. It was there right from the beginning. The public were split into two groups: the people and the elite. Neither of these categories exist in real life. You might as well call them goodies and baddies. They were then set to war with one another. Cummings was the chief orchestrator of this in the campaign and he is the chief orchestrator of it now.

It didn't need to be this way. Brexit could have been discussed, and even implemented, as a fundamentally logistical exercise. But once that happened, the case grew weak. So instead it was turned into culture war. It was about out-of-touch metropolitan elites and the left-behind real people, even though most of its advocates were wealthy and made these comments from London. Those who opposed it were treated as traitors. Immigrants were treated as a threat. The core functions of a liberal society, including the judiciary and parliament, were treated as sabotage agents.

Almost as soon as it came into existence, it showed how dangerous it was. Jo Cox was stabbed to death during the campaign by a man chanting "Britain first". Yesterday, a man tried to break into the constituency office of the Labour MP Jess Phillips. Jolyon Maughn, who helped bring the case against the government's suspension of parliament, confirmed he now has extra security around his home and was advised to wear a stab vest.

No.10 threatens it for the future. Yesterday, an unnamed source – presumably Cummings – revelled in the fact a second referendum would be "one massive campaign of total abuse".

The links are clear and uncontroversial. As Phillips said, the abuse often uses the exact same language the prime minister uses: Surrender, betrayal, and the rest of his nakedly cynical lexicon. As Lib Dem MP Luciana Berger pointed out, Johnson's comments in parliament are often clipped and then put online on far-right Brexiter networks.

The Brexiter abuse is not just different by quality. It is different by severity. It rides roughshod over everything. No matter what you might think of Corbynism, it is not trying to attack the institution of parliament.

The Brexit movement daily attacks parliament with the illogical and degenerate slur that it is somehow against the people who elected it. It attacks the judiciary for ruling that parliament must be protected, with Brexit commentators in politics and the media demanding to know the voting record of judges, branding it a "coup" or threatening to publish the addresses of those involved in the case.

'Both sides' are not doing this. Could we really credibly claim that, if the result had gone the other way, Remainers would have spent this week attacking the independence of the judiciary? It's absurd. We need to be honest about what different groups are doing if we want to address what is happening.

The Brexiter abuse is also different by status. It comes from the very top, from the highest position in the land. Vote Leave unleashed the most poisonous rhetoric seen in British politics in our lifetime. And now it has been installed at the heart of government, with all the validation and respectability that affords.

The 'both sides' talk is not reasonable. The reasonable thing is to stop abuse before it turns into violence. That's what reasonable looks like: identifying the potential for trouble and acting to prevent it. By reverting to this 'both sides' argument, we are preventing targeted action against abuse and therefore making it more likely that violence will follow.

It is the Brexit movement which is challenging the fundamental underpinnings of liberal democracy. It is the prime minister who is actively whipping up hatred because he thinks it might win him an election. He is doing that. He is responsible.

Ian Dunt is editor of Politics.co.uk. His new book, How To Be A Liberal, is out in spring 2020 and can be pre-ordered here.