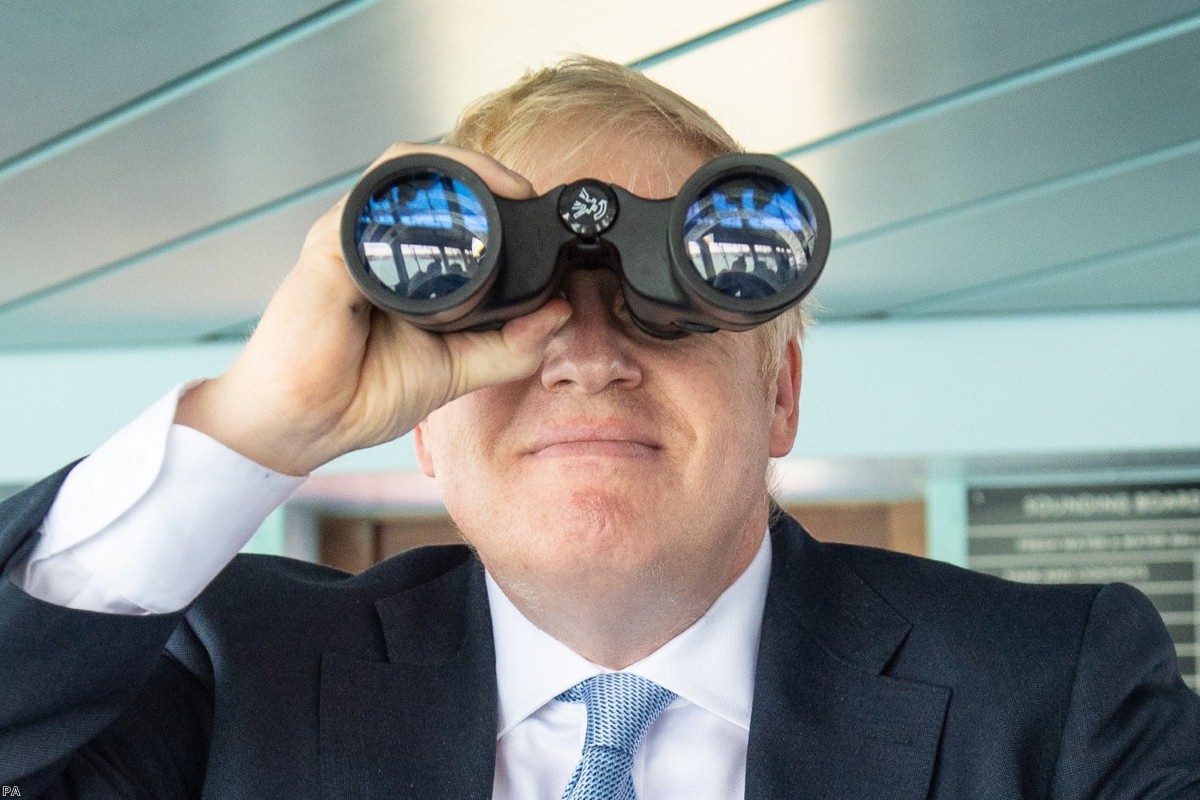 Boris Johnson: The next human sacrifice to the Brexit machine

They giggled and tittered in their seats. Boris Johnson was doing one of his mix-and-match after-dinner speeches. He'd won the leadership comfortably, shrugging off his rival Jeremy Hunt by a two-to-one margin. Bit of blah-this, blah-that. The usual. He'd had weeks to prepare for this, but it seemed very cobbled together. He made a gag about the word 'dude'. People seemed to like that. The crowd laughed. A certain kind of person still finds him awfully funny.

But one day soon, the laughter will stop. The Brexit machine is going to eat him alive.

In the run up to his coronation, there'd been a lot of right-wing punditry about national confidence and optimism and charisma. It sounds like the crowing of victors, but in reality it was desperation. They'd run out of answers for the questions Brexit was asking of them. So their only option was to appeal to something magical, something intangible, in the hope that its mystical quality would break the deadlock. Their castle stronghold was being overtaken by goblins, but a wizard had appeared over the crest of the hill to make them all go away.

There's nothing new in this, of course. Brexit was always defined by fantasy. That was key to winning the referendum contest. It was central to Theresa May's survival, too. She spent over a year pretending there was some vast sunlit upland just beyond the mound of the withdrawal agreement. Her premiership only really fell apart when she could no longer sustain it.

And then, for a few fleeting weeks, British politics came into contact with the reality of Brexit. May brought her deal back. The bleak, pulverising reality of regulatory alignment, customs controls, economic pain and political humiliation were revealed. It was like forcing vampires to stand in the sun. The Brexiters screeched and contorted. They went mad. And by the time they had darted back into the shade again, May was gone and so was her deal.

So instead they found a fantasy solution to the problem: a leadership contest. And it goes without saying that their favourite candidate was the one with the most fantasy content: Boris Johnson. The clown whose painted face sunk into his skin.

But fantasy doesn't work. It's like trying to cure cancer with Reiki. You cannot magic these problems away.

No-deal, on the other hand, will never pass through parliament. Nor can Johnson try to cancel parliament to get it through. Last week's vote made it clear MPs wouldn't stand for it.

Whichever way he looks, he is shackled by a deadlocked parliament. The solution is obvious: hold a general election and try to get some more loyal MPs. But he has ruled that out.

Or he could use a second referendum, but he has ruled that out too.

So which promise does he choose to break? The promise to get rid of the backstop? Or to secure no-deal? Or to avoid an election? Or to stop a referendum? He's going to have to break one of them.

And when he does, the laughter will stop. The tittering and chortling will be gone. He'll be standing in a packed auditorium, doing one of his patched-together mock-anarchic speeches – the kind that always gets them rolling in the aisles – and there'll be stony silence.

Even May was smart enough to avoid this. Think back to her early days. For months she kept her options open. Even on ending free movement, which would later become the centrepiece of her Brexit agenda, she would say it needed to stop in its 'current form' – holding the door open for some kind of change compatible with single market membership. And then only in October 2016 did she decide on her policy and start closing down options.

That was powerfully stupid and it ended up ruining her. But you have to give her credit: It was months before she did the dimwitted self-defeating thing. Johnson did it before he even had the post.

Everything that happened before is happening again. But this time it's going to happen faster. That's the only meaningful difference.