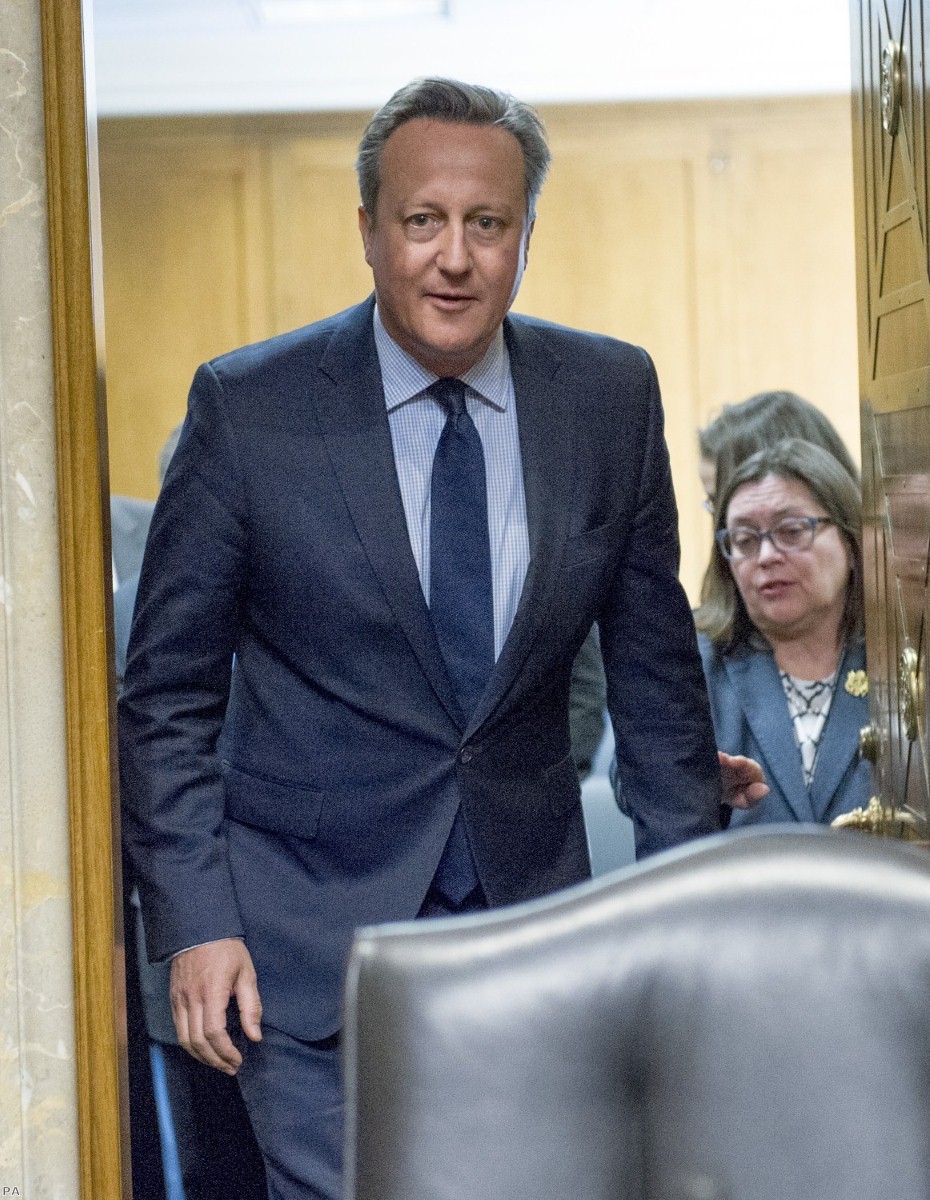 Week in Review: The return of Call-Me-Dave

If David Cameron were not so pedestrian and forgettable, he would make a fine Shakespearean tragedy.

It emerged this week that he's bored in his shed and wishes to come back politics, perhaps as foreign secretary. It is one of the occasional bits of political reporting which manages to unite nearly everyone, from Iain Duncan-Smith to Angela Rayner. No-one thinks it is a good idea. No-one wants him back.

What is the secret to his un-success? What is it that makes other former prime ministers – like Margaret Thatcher and Tony Blair – 'divisive' while he remains a unifier. There is literally no-one prepared to come out and defend him.

The key is lack of principles. There was simply no other prime minister like him before. The others, no matter how shallow you thought they were, or how misguided, did genuinely believe in something.

That is certainly the case for Thatcher, who was a class warrior on the side of the bourgeoisie. It was true for John Major, who started down the road to peace in Ireland. It was true, to a surprising degree, for Blair, who was defined at the time as the creator of spin, but who actually governed pretty much as he said he would in opposition. And it's true for Brown, whose record during the global recession deserves defending.

And then there was Cameron, a marketing idea without a product behind it. His hero was Blair, but he did not seem to really understand what the Labour leader had done or why he had done it. Blair put the PR front-and-centre, but it was used to promote, and occasionally conceal, a genuine policy agenda. Cameron saw the PR and not the substance. He was a collection of tactics without a strategy.

Occasionally columnists would try to use the word 'Cameronism', but it was too absurd to ever be taken seriously. There was no consistency to what he did because everything was based on avoiding whatever the problem of the day was.

He wanted to throw red meat to Tory eurosceptics early in his time as leader, so he pulled the party out the centre-right grouping in the European parliament and set them up with a bunch of racists and homophobes. Years later, this would cost him his channel of information from Brussels, together with any hope of a natural alliance with important figures when he tried to renegotiate Britain's membership. But to think in even that medium-term sort of way was anathema to him. He was the kind of man who'd demolish a bridge to build a cart and then discover he couldn't get it anywhere.

Cameron was what happens when you treat politics as a presentational exercise rather than a moral one. We have only ourselves to blame really. We made him, by acting as if political discussion was a kind of football commentary – a red team and a blue team borrowing policy ideas to triangulate against each other, in a meaningless bid to win a game without purpose.

So when Cameron fell, it was not due to principle or even ambition. It wasn't like Brown obsessing over getting to No.10 and then forgetting why he wanted to be there, or Blair sacrificing all his goodwill to a deranged Republican President on a war-kick. It was much worse than that.

Cameron had gambled it all to get him over a few weeks of minor difficulty with his backbenchers. He wasn't trying to lance the boil of euroscepticism, he didn't care about Europe and he certainly wasn't trying to reset the country's relationship with the continent, as he now so grandly claims. He was worried about Ukip on his right flank, troubled by local elections, and thought he might as well chance it. It bought him space for the weeks ahead. That was it. That was really all he was trying to do.

It was the end of him. He was ruined not by principle, judgement or ambition, but by the same quality he'd brought to the entire endeavour of his leadership: short-sighted, self-interested marketing techniques. He is an advertorial which thought it was a politician.

The European issue, which, at the time, was right at the bottom of the average Brit's concerns, is now the main one of our time. We are already poorer because of it and will become poorer still. It is all we will talk about for a decade. The Tory psychodrama broke the dam wall and infected the entire country. We all hate one another now. Even families and friendship groups are split. Some have never recovered.

His shallow entitlement was like Macbeth's obsession with power or Hamlet's indecisiveness: the one tragic quality which defined him and cut him down at the knees. The only thing stopping him from being a Shakesperian tragedy is that he is simply too boring and forgettable.

The best thing Cameron ever did is know when to step down. It is a decision he should follow through on. The best place for him is in his little shed.