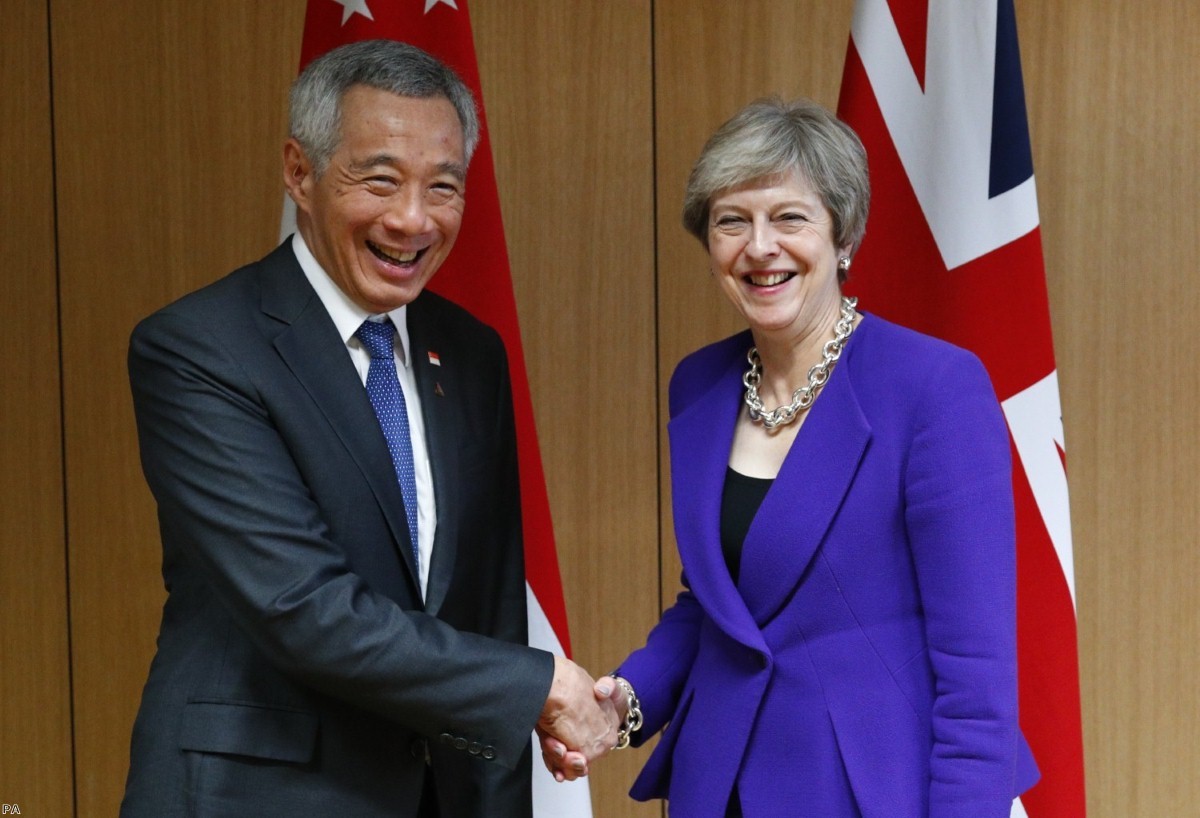 Never meet your heroes, that's what they say. But in Brexiters' case, it may also be helpful to never meet the leaders of countries whose trading arrangements you want to emulate.

First Justin Trudeau, who leads the country with the name they literally use to describe their trade plans, warned that Brexit was turning the UK "inwards". Now, the prime minister of Singapore, Lee Hsien Loong, has disparaged the idea that Britain should adopt his own state as its post-Brexit standard.

The city-state is one of the poster boys for the Global Britain brand. "If we are to thrive, our post-Brexit model should exactly be Singapore," former Cabinet secretary Owen Paterson wrote last year. Daniel Hannan is also a fan and so is James Dyson.

Loong not so much. He's just spent eight years negotiating a deal with the EU securing reciprocal market access, alongside some government procurement arrangements and acceptance of the EU' Geographical Indicator system. He's even happy to roll-over the deal to Britain when it's out the EU in advance of a more thorough negotiation further down the line. What he won't do is pretend that Brexit is a good idea.

"From an economic point of view, it's hard to make the argument that you'll be in a superior position outside the EU than in," he told Radio 4.

The difference between Singapore and the UK is location. One of them is in Europe and the other one is in Asia. This may seem a simple point but it is apparently incomprehensible to many leading Brexiters. What it entails in terms of trade with the EU is quite obvious. It is the Father Dougal trade rule: this trading entity is close, but that trading entity is far away.

"Singapore is in a very different position," he said. "We're not on the European doorstep. We have very good relations with EU, we have deep and considerable trade, but we are on the other side of the world in Asia."

At this point he sounded like he was trying to explain things to a very young child. It must be absolutely baffling for world leaders to come to what they always presumed was an advanced country and experience the level of debate that currently dominates here.

"We also have trade in our region – with south-east Asia, with China, with the United States – so I don't know that it is possible to model Britain on the same basis as Singapore."

Loong's comments remind you of that regular Brexit refrain that 'we're leaving the EU, not Europe'. It is just noise now, a platitude to guard against accusations of xenophobia. But actually it contains a quite direct geographic truth with trade implications. They cannot actually pick the islands up, much as one suspects they want to, and deposit them somewhere across the Atlantic, where there are more English speakers.

Leavers have insisted that Britain will go its own way, establishing its own standards and regulations and the like. It will not, simply as a question of scale. It is stuck between two big trading regimes – the EU and the US. It will pick one of those and snuggle in it. The one closest to it makes the most sense, because that is where it does the most trade. Again, it isn't complicated.

"It's an enormous market," Loong said gently. "If you can't influence it you may not have strengthened your influence in the world." His precise use of wording became more depressing as he went on. "They will certainly influence you and you will hope to influence them."

It's in those subtle choices of words that you can hear world leaders gradually downgrade out status in the world. It gives the phrase Global Britain a cruel irony.