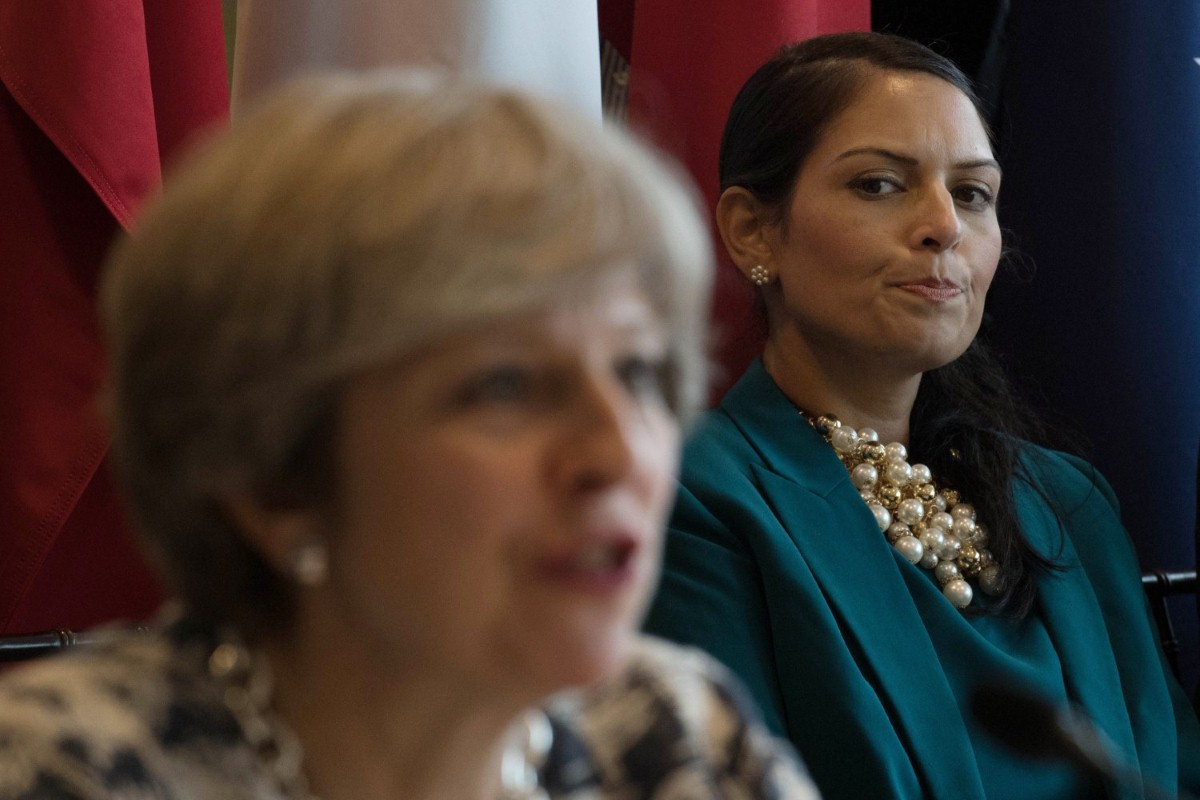 It's no surprise that leaders overseas are baffled by the current state of the UK. Theresa May has given up any notion of Cabinet discipline. Her lack of authority has created a set of little fiefdoms where a centralised British foreign policy used to be. All of them are able to speak and act independently of No.10 without consequence.

In Priti Patel's case, this extends to actually holding secret bilateral meetings with the prime ministers of foreign states, alongside lobbyists for their interests. While on 'holiday' in Israel this summer – she clearly has a very unique notion of what constitutes a holiday – the international development secretary met Benjamin Netanyahu, as well as Yuval Rotem, from the Foreign Ministry, Gilad Erdan, minister for Public Security, Information and Strategic Affairs, and Yair Lapid, leader of the Yesh Atid party. She was accompanied by pro-Israeli Conservative lobbyist Lord Polak.

Patel had accused the foreign secretary of briefing against her before being forced to issue a grovelling statement admitting he had no knowledge of the meetings. But Boris Johnson, of course, has no leg to stand on. He also operates independently from Downing Street.

Johnson fully comprehends the absence of authority from No.10. Yesterday it emerged that he'd wrongly told a parliamentary committee that British citizen Nazanin Zaghari-Ratcliffe, who is serving a five-year sentence in an Iranian jail, was training journalists in the country. An unscheduled court hearing then took place in which his remarks were cited as proof that she had participated in "propaganda against the regime" and she faces having her jail term extended.

Richard Ratcliffe, Zaghari-Ratcliffe's husband, has asked Johnson to make a statement to the Commons retracting the statement. But the foreign secretary has refused to do, either in parliament or outside it. He knows there are no consequences to his actions anymore. He can do what he likes. What would once have plainly been a resigning matter is now of no consequence whatsoever. Trade secretary Liam Fox even insisted it was not "a serious gaffe."

Of course, Fox is an old hand at this sort of thing. In 2011, he was forced to resign after he, in his own words, "mistakenly allowed the distinction between my personal interest and my government activities to become blurred". What this meant in reality is that he allowed Adam Werritty, a close friend, to attend at least 22 meetings at the Ministry of Defence and 18 meetings abroad. Werrity's firm, Pargav, was funded by a private intelligence company and an Israeli lobbying firm, among others. Fox had allowed the lobbying operations of a foreign state a direct line into the heart of British foreign policy decision making.

These were the good old days, when ministers had to step down for that type of thing. But once May was in No.10, she brought Fox back to the front bench. It was a symbol of how basic political standards were no longer of any consequence.

Since he has returned to a senior political position, Fox has made good use of the lack of discipline imposed on Cabinet ministers. This morning, in an interview with the Today programme, he outlined the implications of the Brexit vote on trade.

"One of the judgements we'll have to make when we leave the European Union is what kind of regulatory alignment we have with them," he said, correctly laying out the key issue at the heart of the divorce settlement. Then he did something extraordinary. He unilaterally decided the answer.

"We are very clear that we would want to to move to an equivalence arrangement rather than the EU's harmonisation model."

These words are very specific with very far-reaching implications. Harmonisation secures uniformity of regulatory measures where two states are trading. Equivalence agrees on the regulatory goals you are trying to accomplish, but then allows for different ways to do so.

Fox is wrong to say that there has been clarity on this. In fact, this is one of the chief areas of disagreement in Cabinet. Those who prioritise trade with the EU favour sector-specific or even economy-wide harmonisation, so that trade can continue without checks at the border. Those who want to start a new chapter in British politics want something more distant. May's views are not clear.

What was Fox doing here? Expressing his own view in a bid to push the debate away from his enemies around the Cabinet table? Or expressing government policy? We don't know. No.10 doesn't even bother slapping the wrists of Cabinet ministers who assert their own individual Brexit policy anymore. It's not even really clear if there is such a thing as government policy.

We are witnessing the disintegration of a unified British foreign policy able to command respect abroad. No-one knows what we think or what we want, because ministers are able to meet their counterparts without No.10's approval, or contradict government policy without repercussion. There are no limits to what they can do while maintaining their position if they are seen as a Brexit cheerleader. In foreign policy terms, they are not really a government. They are a series of warring tribes. In normal times, this would be a sad moment in UK history. Because of Brexit, it is a catastrophic one.