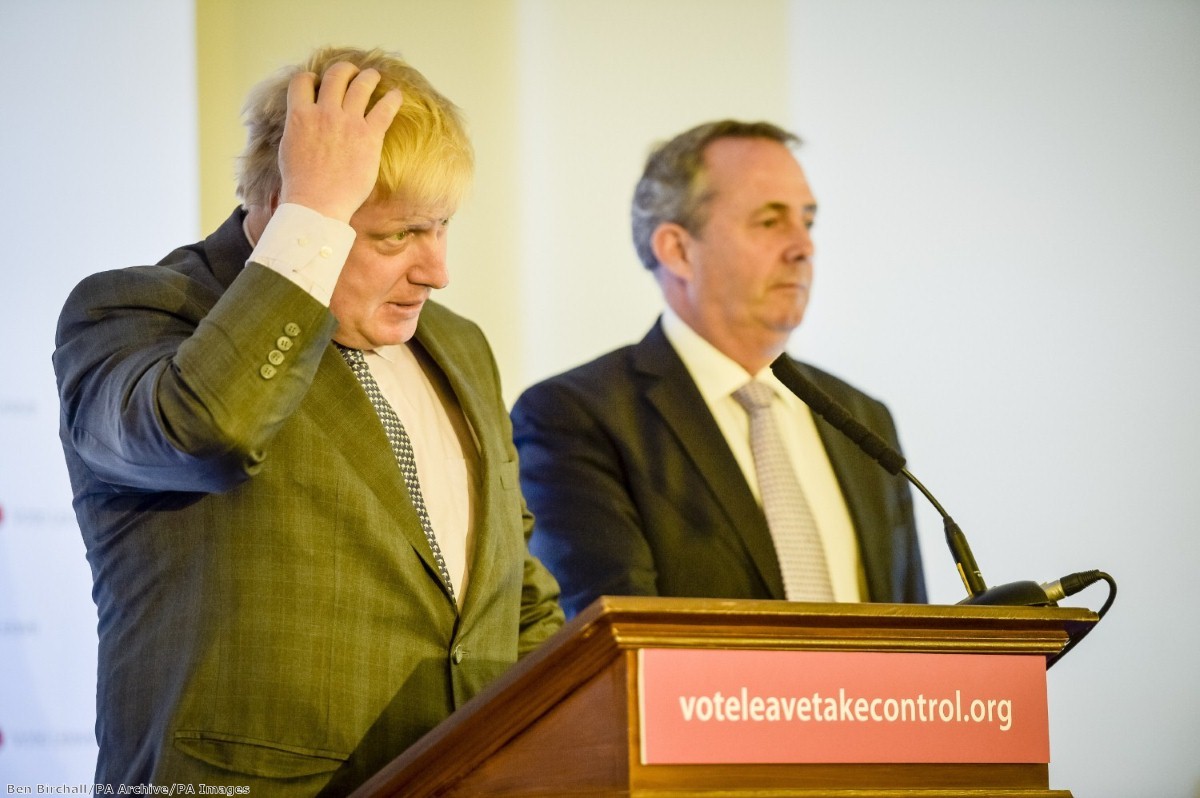 No-Deal Brexit: Govt is bluffing with cards everyone can see

The poker analogy which Brexiters use to describe the Article 50 process is very fitting, but not in the way they think.

In terms of understanding the negotiations in Brussels it is largely useless. Poker is about hiding cards. Article 50 is about negotiating when your opponent already knows your cards. But it is fitting on the basis that it relies on reading someone's face. And the three Brexit Musketeers have terrible poker faces.

On Sunday, all three were asked what the government had prepared to do in the event of a no-deal outcome at the end of Article 50. Boris Johnson's face contorted into a kind of pained grin as he insisted the UK would be "perfectly OK" if we fell back onto World Trade Organisation (WTO) rules.

Liam Fox looked nervous and confused as he pretended everything would be just fine. David Davis also looked hesitant. The swagger and arrogance we have come to associate with the Brexiters appears to be drifting away. The closer the reality of negotiations comes, the more their confidence seems to desert them.

Their words are even less convincing than their expressions. Leaving the UK with no deal will not be "perfectly OK". It will be catastrophic. Davis likes to call it "most favoured nation", because it has the ring of privilege to anyone who does not know what it entails. In fact, the WTO's 'most favoured nation' rule mean the opposite of what it sounds like. It means you cannot discriminate in your tariff arrangements. So if you set tariffs for oranges at five per cent for one country, you must set it at that level for all other countries. It does not mean Britain holds any special status there – quite the opposite.

No major economy relies on just WTO rules for its global trade. They have full-fat comprehensive trade deals and then a variety of trade arrangements below that level. They all have trade arrangements with the EU, for that matter. The reason for this is that tariffs don't really matter. Sure, their sudden introduction will force some car companies to move to Europe and pulverise Britain's export market in agricultural products, but awful as this would be they are nowhere near the worst aspect of a no-deal Brexit.

The major concern is about non-tariff barriers – things like mutual recognition of health and safety standards. Without them, goods are stopped at the border for lengthy and bureaucratically expensive checks. Organising a society for suddenly starting a trading life like this requires lots of work setting up domestic regulators and transferring legal requirements. Without them, there would be chaos: Lorries queuing at the border, shipments stopped and detained, airplanes unable to fly.

That would just be the start of the nightmare if Article 50 ends with no deal. A hard border in Ireland would spring up overnight. The chances of Scotland voting Yes in an independence referendum would shoot up with it. Millions of EU citizens in Britain and British citizens in the EU would be thrown into even worse uncertainty about their status, with no end to it in sight. The broken-down negotiations over the divorce bill would probably lead to a legal challenge – God knows in which court – forcing Britain to try to sign trade deals with other countries while battling an unseemly dispute with its main trading partner. Trade disputes would also start against the UK in the WTO, as the schedules it puts down for trade are potentially contested by the EU and others, particularly on tariff rate quotas.

If the UK crashes out the EU with no deal, it will be a moment of humiliation on a global scale, engraved on the memory of those who went through it. Suez and Black Wednesday would seem dignified in comparison.

Everyone knows this. Johnson, Davis and Fox were being asked about it because of a damning foreign affairs committee report in which MPs said it was a "very destructive outcome". They added:

"Both sides would suffer economic losses and harm to their international reputations. Individuals and businesses in both the UK and EU could be subject to considerable personal uncertainty and legal confusion."

In actual fact, the report is too generous to the government. While the EU would suffer very badly in this eventuality, in terms of trade and security cooperation, the effect is simply not as severe for them as it would be for us. They would maintain their other trade deals and mutual recognition agreements. We would not. And anyway, only about 12% of their trade is with the UK, whereas nearly half of ours is with them. The no-deal option is like two men in a room, one aiming a gun at his knees and the other at his head.

The committee was startled to discover that the government did not seem to be planning for this eventuality. Foreign Office minister Alan Duncan wouldn't even talk to them about it. The MPs concluded that "the consequences of such a failure are far from 'an exercise in guesswork'" as ministers had claimed.

"They are, in scope if not in detail, largely predictable—and, in the evidence we commissioned, have been predicted. The possibility of 'no deal' is real enough to justify planning for it. The government has produced no evidence, either to this inquiry or in its white paper, to indicate that it is giving the possibility of 'no deal' the level of consideration that it deserves, or is contemplating any serious contingency planning."

This is why the poker metaphor has always been so useless. We cannot bluff in these talks. Europe knows what happens if there is no deal. Everyone knows, even if the government is too deranged and paranoid to plan for it. Europe also knows, for that matter, what our advantages are: We have trade, security and intelligence cooperation, the PR of stable change and some welcome European financial service capacity to use as leverage.

Poker is a game based on the notion that you do not know the hand the other players hold. Article 50 is the precise opposite. But those fearful eyes from the Brexit trio tell us that they would likely fail at either poker or Article 50. Our problem is that before they do so, they will gamble away our future.