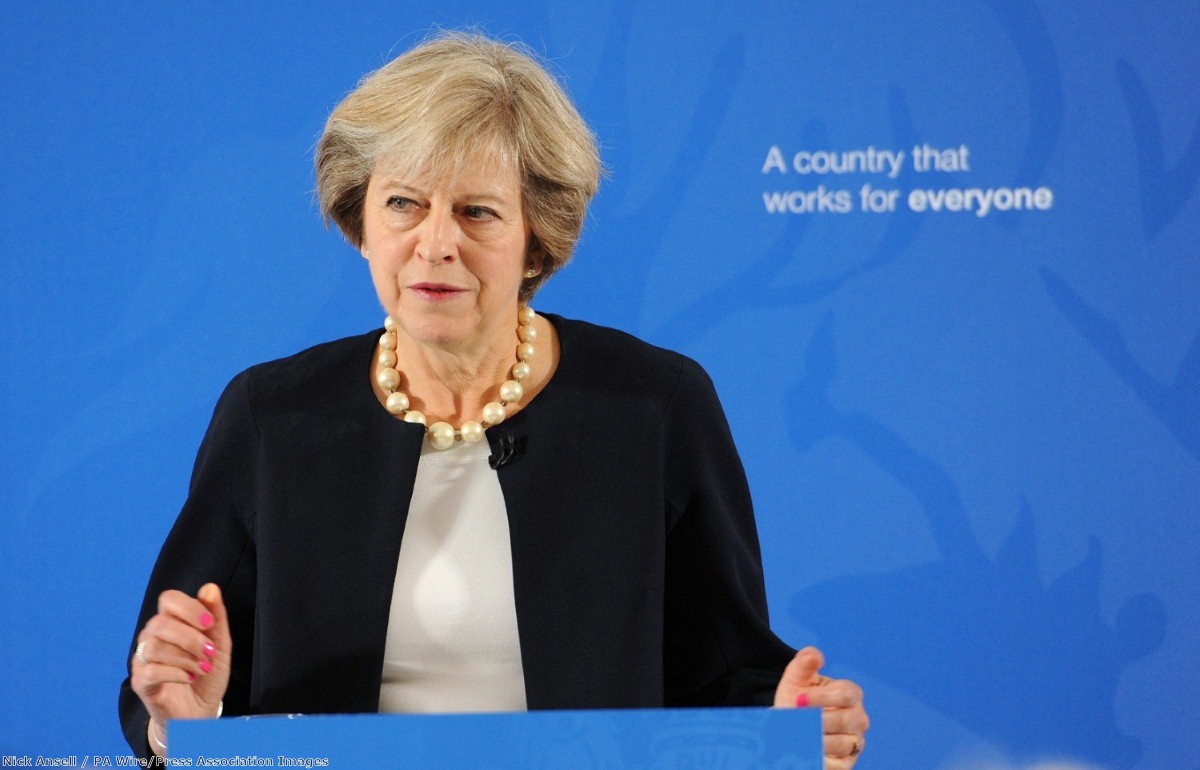 Almost every word in Theresa May's education speech today was the exact opposite of the truth. On bringing back grammar schools, she claimed that: "this is not a proposal to go back to a binary model of grammars and secondary moderns." Yet a binary model of education is exactly what the grammar school system creates. She added: "This is not a proposal to go back to the 1950s, but look to the future". But for the vast majority of British people, grammar schooling is very much of the past. And it's a past which all the evidence shows was hugely damaging for both inequality and social mobility.

Asked by journalists for actual academic evidence which shows that grammar schools help social mobility, as she claimed, the prime minister failed to produce a single piece. And she failed to produce it for the simple reason that such evidence doesn't exist. All of the actual evidence shows that grammar schools increase social inequality rather than reduce it. All of the evidence suggests it's wealthier families that benefit from selective schooling rather than poorer ones. When Theresa May urged us to not "get lost in the argument about whether the grammar schools of the 1950s and 60s improved social mobility or not" she did so because she knows that argument has already been lost. Rather than look at the overwhelming evidence about grammar schools that exist in the real world, May wants us to focus instead on all the ones that exist only inside her own head. And why not? In all these imaginary grammar schools, the evidence is overwhelming that they improve social mobility. In all these imaginary school systems, the statistics categorically prove that they do a brilliant job.

Yes let’s not get lost in the evidence about actual grammar schools. Let’s just focus on the ones in our imagination pic.twitter.com/G3b6xkyJ7K

This fantasy-based approach to policy-making continued with her proposals to remove requirements for faith schools to admit 50% of pupils from other faiths, or none. She justified the decision by claiming that the current system of quotas isn't effective at promoting diversity within non-Christian faith schools. But rather than tighten up those rules in order to encourage diversity, May instead plans to scrap them altogether. This is not so much chucking out the baby with the bathwater as it is chucking out the bath itself and tearing up the plumbing as well. Just as with grammar schools, which May justified by stating that wealthier parents can already buy their way into good school catchment areas, the prime minister's plan to improve education inequalities involves simply making those inequalities worse.

All of the evidence suggests that selecting by ability, or faith, simply increases social inequality. The prime minister is either completely ignorant of this evidence, or is aware of the evidence but remains determined to push ahead anyway.

This suggests either that our prime minister is a fool, or that she is determined to worsen educational inequality while pretending to do the exact opposite. The first explanation would be very worrying. The second explanation is far more worrying still.