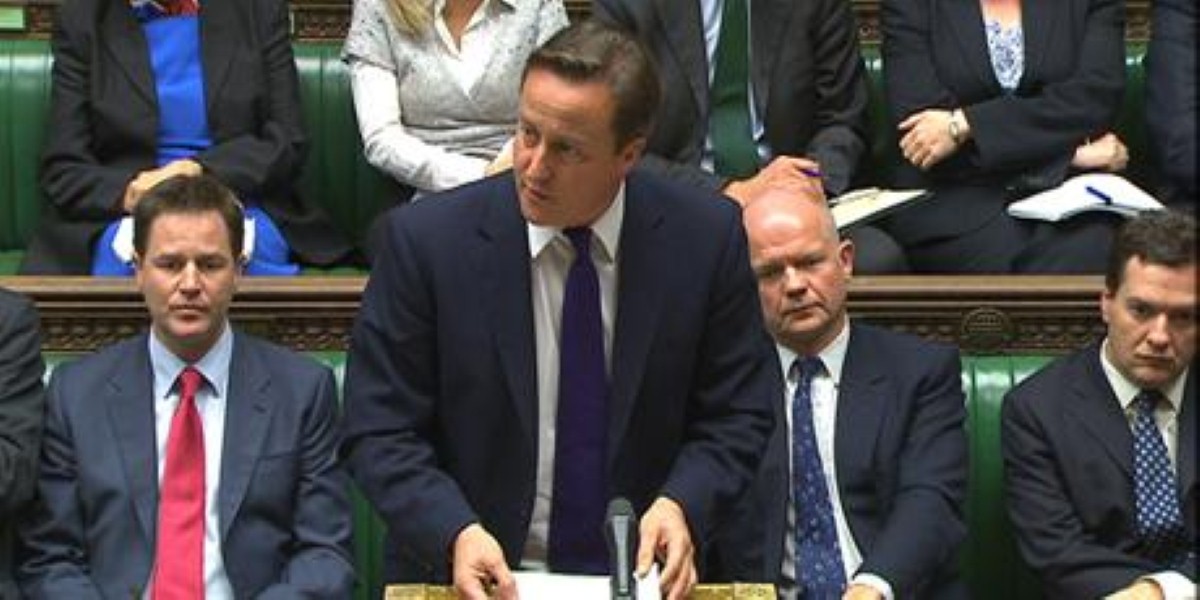 Cameron’s legacy: Beneath the spin, there was nothing

Was David Cameron a good or bad prime minister? In a way, the question is too generous to him. It suggests there is substance there to assess. But in truth he was indifferent, an absence: a theatre of leadership.

He arrived as heir to Blair, but that does the Labour leader a disservice. Blair was a highly deceitful and probably mad prime minister, but beneath all the spin, there was a political idea. Blair in opposition talked of a third way in which the private sector would be unleashed and some of the profits siphoned off for public services and to help those on lower incomes. In government, he delivered on this. The spin was in order to advance the politics.

Cameron kept the spin but got rid of the politics. He started as the centrist, huskie-loving environmentalist, then morphed into a Thatcher-era fiscal disciplinarian who hated all the “green crap”, then in his dying moments as prime minister he tried to re-embrace a social reforming side.

I despised Blair’s policies in office – from ID cards, to a secret DNA database, to Iraq – but the accomplishments to his name are notable. The Freedom of Information Act, the minimum wage, tax credits, Sure Start, a booming economy, the list goes on. When Cameron stood outside Downing Street to announce his resignation, he could only list one: gay marriage. And that was something he took from Liberal Democrat Lynne Featherstone. He had the courage to run with it, sure, but it’s a pretty embarrassing list for six years in office.

And then came the event he will forever be defined by: the high-stakes gamble on an EU referendum which blew up in his face. The moment last week when Cameron issued a statement to the Commons on the Chilcot report while Blair defended his record in a prolonged press conference was extraordinarily dramatic. Every statement Cameron made about Blair could have been applied directly to him: the risk, the misjudgement, the over-confidence.

But there was one crucial difference. Whatever you think of Blair, he made the decision to support the US in Iraq on political principle. He believed that the UK needed to stand by America and that they were going to do it anyway, so Britain might as well try to influence it and keep the international community together. As it happens, I thought the first point was simply wrong and the second dangerously naive, but they remain points of principle.

Cameron staked it all on a grubby, short-sighted, self-interested political game to protect him from his own backbenchers in an election we’ve all forgotten now. There is a world of difference.

He wasn’t even good on a basic managerial level. He was aloof and arrogant towards his own MPs and rewarded rebellion while ignoring loyalty. He was the beneficiary of a parade of weak opponents, from Gordon Brown after years in office, to Ed Miliband, to Jeremy Corbyn. Any halfway decent Labour leader would have made a mess of him.

Probably he is a decent man, and it has been hard to shake a sentimentality towards him now we know he’s going. But there is precious little praise to offer. He was a political absence, a Russian doll in which one never finds the substance, a well-wrapped gift box containing nothing inside. If it wasn’t for Brexit, history would have forgotten him. Because of Brexit, it will judge him harshly.

The opinions in politics.co.uk’s Comment and Analysis section are those of the author and are no reflection of the views of the website or its owners