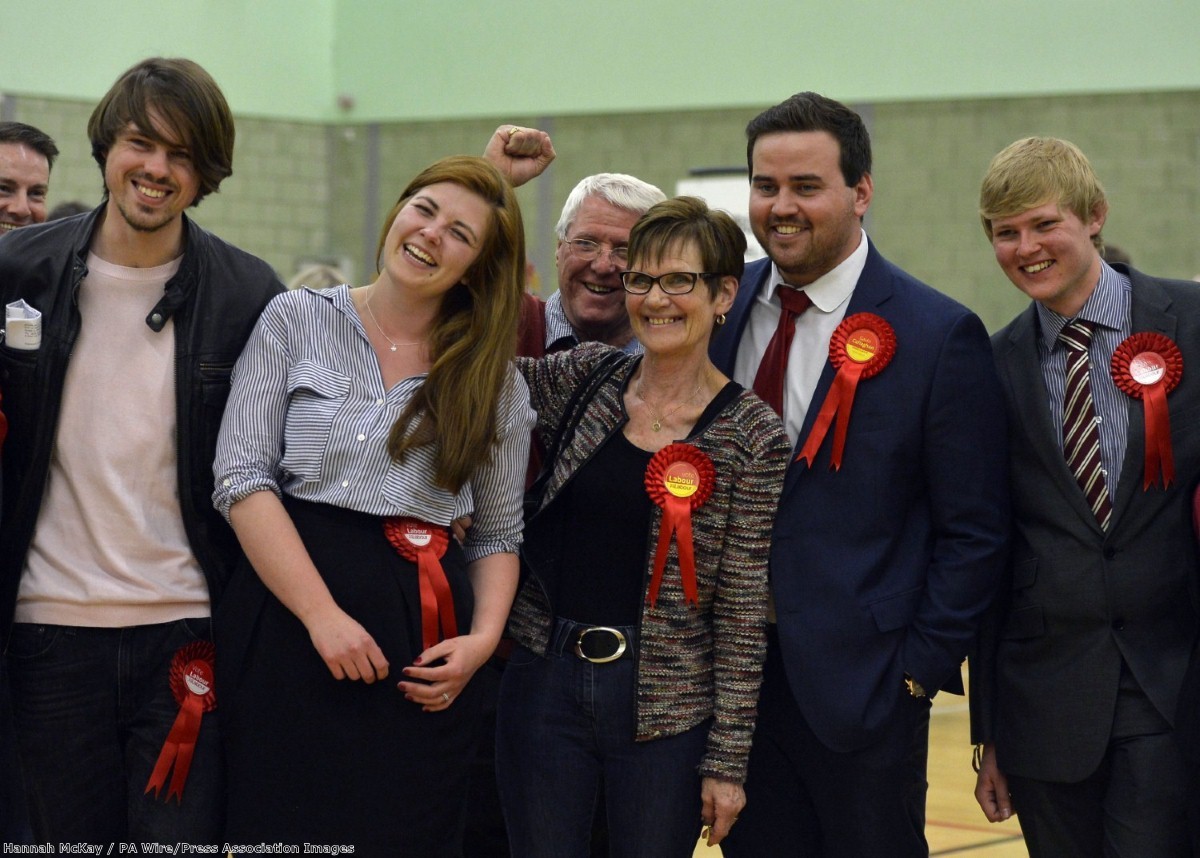 There’s one thing you can be sure of with Jeremy Corbyn supporters: they’ll ignore that which doesn’t fit and enthusiastically spread that which does. Ten opinion polls can be published showing Labour is doomed, but the one that shows Corbyn overtaking David Cameron on personal approval ratings will spread like wildfire among his supporters.

So this week’s elections might just be the worst possible result for the party. There’s enough there for Corbyn supporters to pretend everything’s fine and that arguments to the contrary are a product of media conspiracy, but not so much that they might, you know, actually win a general election.

Labour lost seats in England, but it was fewer than predicted and they held onto councils in the south, where voters seem – contrary to stereotypes – wary of the Conservatives. In reality, this is dreadful. Any view to the contrary is merely the product of radically diminished expectations. Corbyn’s Labour is the first opposition party to lose council seats in a midterm election since 1985. William Hague was considered a spectacular failure as Tory leader, but at this stage in the electoral cycle he picked up 256 seats. David Cameron picked up 316. Ed Miliband picked up 857. And they weren't taking on a governing party which was tearing itself apart on the national stage.

But amid the gloom there are plenty of scraps for Corbynistas to pick up, shine off, and present as political feasts. Labour managed to protect council after council in the south, including important symbolic cities like Crawley and Southampton, where a loss would have been used as a bludgeon against Corbyn. Its vote share was up by four per cent on last year. And it did far less badly than many commentators, including myself, had predicted.

In Scotland though, it was harder to be circumspect. The party is set to come third, shockingly losing the position of main opposition party to the Tories and their hugely impressive leader, Ruth Davidson. It is a humiliation of historic proportions for a party which once dominated Scottish politics, but this isn’t just about history – it’s about the future. Labour can’t win a general election without regaining Scotland. And the party clearly has no idea how to accomplish that, let alone a plan.

But even here you can make passably convincing excuses. Scotland is anomalous, constantly confounding expectations in a tumult of nationalist sentiment and weird new identity politics.  Left-wing voters have bought into independence, allowing the Conservatives to become the depository for non-independence sentiment. And who knows? Maybe it’ll all die down. The SNP’s loss of its majority suggests that there may be a limit to what it can accomplish.

In Wales, Labour shockingly lost its Cabinet minister Leighton Andrews in the Rhondaa heartland to Plaid leader Leanne Wood, who overturned a majority of over 6,000 to one of over 3,000. But here again Corbyn supporters can claim the results weren’t so bad. The party is still in control. It’s performance is at the upper end of expectations.

If you project vote shares at a general election based on these results, you’d get Labour and the Tories in roughly equivalent positions in the low 30s. Corbyn is pretty much level with four years to go – plenty still to play for. You can repeat the rest mostly by heart: the mainstream media are trying to do him down because they’re scared of radical politics, here’s what they’re not telling you etc etc.

But people vote differently at midterm elections than general ones. These projections really don’t tell us anything, except that an opposition party would want to be well ahead of them if they’re to have hope of winning Downing Street.

A catastrophic result might – just might – have got some Corbyn supporters to think again. Maybe not enough for a leadership challenge in which he’d lose the internal vote, but enough to precipitate that happening the next time there was evidence of how badly he was doing. It could have been the beginning of the end.

Instead, we got results without a headline. Everything stays largely the same. Labour is the walking dead, aimlessly trundling on, a parody of political life. There’s no incentive for Corbyn’s Labour opponents to even field a stalking horse candidate in order to test rebellious sentiment.

Chuck in an expected Sadiq Khan victory in London on top – one which contains the additional emotional satisfaction of beating back a toxic and immoral Zac Goldsmith campaign – and few Corbyn supporters will trouble themselves over the week’s events.

But they should really take a good hard look at what is happening here. Corbyn – as genuinely decent and good-humoured a man as he is – has made no effort to reach outside of his political comfort zone. This is an activist core, not a political party. It is a political echo-chamber where it should be a broadcast station. Their messages are ineffective, they have more interest in political purity than engagement, their communications strategy is spectacularly cack-handed, and they are buffeted by so many scandals that they have lost sense of where the route was in the first place.

The sometimes hysterical attacks on Corbyn from his opponents in the parliamentary party and the press have actually made his life easier. If the predictions of electoral apocalypse had not been made so frequently and colourfully, these results might look as bad as they are. But by setting the bar so low, they seem actually quite impressive.

This has been like the the Eastleigh by-election in 2013. When the Lib Dems held the seat, we were all astonished. Maybe we’d been exaggerating the scale of the party’s collapse in public support. Maybe that famous Lib Dem ground game, and people’s tactical voting habits at general elections, would protect them in 2015. But two years later, they were duly given a hammering, winning just 14,317 votes to the Tories’ 23,464.

Eastleigh induced a profound sense of complacency to the Lib Dems. And these results threaten to do the same to Labour.