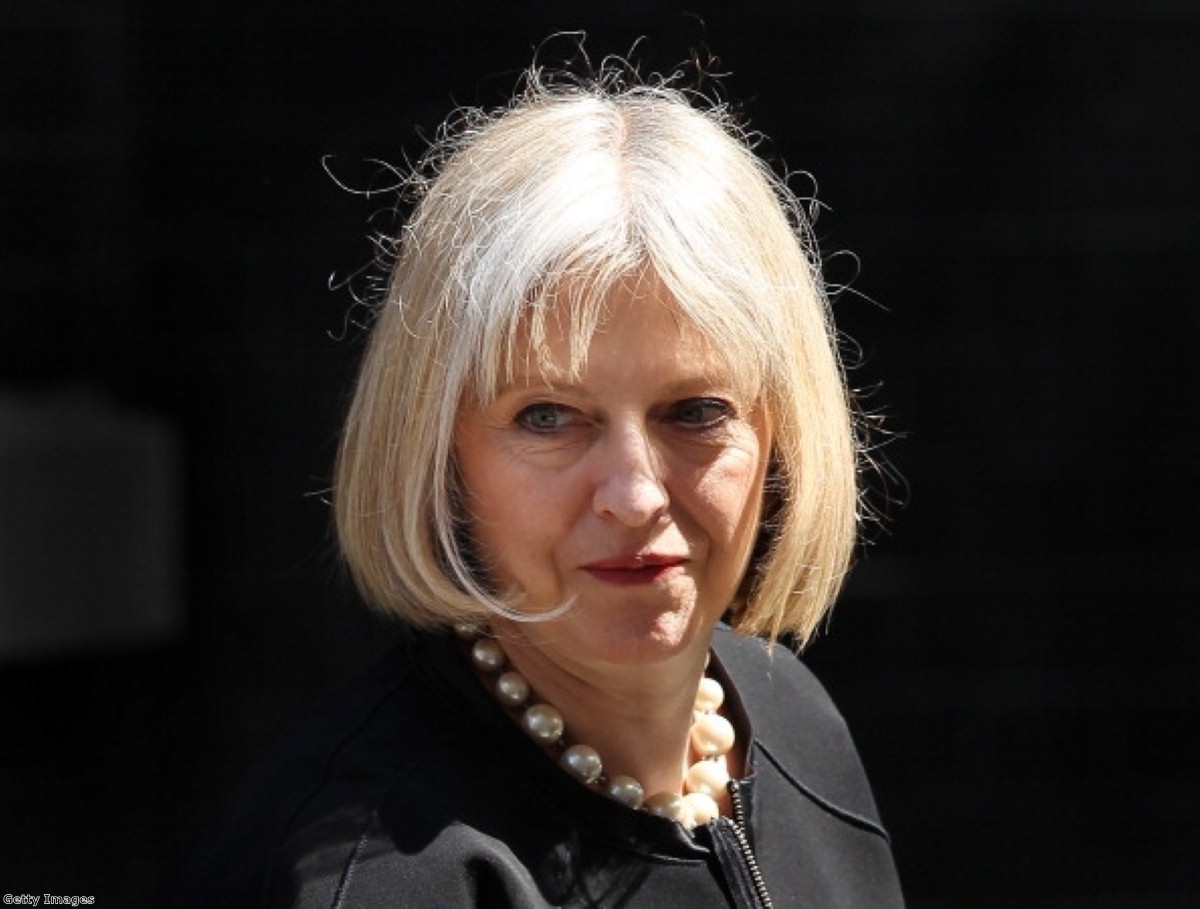 Every time an expert looks at Theresa May's psychoactive substances bill, they can barely stop laughing at it long enough to criticise it. As we've reported with depressing regularity, the definition of psychoactive substances found in the bill is so absurdly broad as to capture all sorts of harmless things, like incense, paint or oxygen.

But even though all these things will be technically banned, no-one will go to jail. It's hard to imagine many people being prosecuted on the basis of the bill, because it would be impossible to prove psychoactivity under the definition it was using. This is the shoddiest bill imaginable: it bans everything and imprisons no-one.

The government's own drug advisers have come to the same conclusion. The Advisory Council on the Misuse of Drugs (ACMD) published its suggested revisions to the bill today. They try valiantly to get it into a position where it might make a little bit of sense.

They suggest the effect of the banned drugs should be similar to those already controlled under existing legislation. Trouble is, that doesn't cover the laughing gas, which, although it is basically completely harmless, everyone has suddenly decided is the end of civilisation. They also try to get the bill to refer only to compounds, rather than natural substances. But ultimately they are blocked from fixing the bill by the political imperatives which created it: the psychoactive substances bill is not supposed to make sense.

Look at the battle over harm. The ACMD proposes a definition of psychoactive substances "which are not prohibited by the United Nations Drug Conventions of 1961 and 1971, or by the Misuse of Drugs Act 1971, but which may pose a public health threat comparable to that posed by substances listed in these conventions".

It also mentions the European Monitoring Centre for Drugs and Drug Addiction definition, which is as follows:

"A new psychoactive substance is defined as a new narcotic or psychotropic drug, in pure form or in preparation, that is not controlled by the United Nations drug conventions, but which may pose a public health threat comparable to that posed by substances listed in these conventions".

The key component on both definitions is the reference to a "public health threat". But this is exactly what the Home Office is trying to avoid. If the legality of drugs is dependent on harm, the entire enterprise of the war on drugs can be fatally undermined. After all, laughing gas does no harm at all.

The purpose of the psychoactive substances bill is to ban everything. It is specifically designed to take the case for drug control outside of the realm of reason, where it is susceptible to criticism, and into the realm of absolute prohibition, where it is not. After all, once harm becomes part of the equation, it would be completely insane to criminalise laughing gas while exempting alcohol.

For the drug war to continue, the mechanisms which introduced reason to discussion of drug policy must be dismantled. That's why one of the bill's primary functions is to make the ACMD irrelevant.

Tacked on at the end of the report is a reminder of the ACMD's judgement on the Home Office's original definition:

So there it is once again: all the complaints made against the definition being used by the government – a definition which effectively overturns centuries of legal tradition – have been again upheld and vindicated by its own advisers.

There is a cruel irony to the ACMD's mention of "unintended consequences". It is the same phrase used by the UN – the world's drug policeman– when it admitted the failure of its drug policy.

The unintended consequences of this bill aren't just restricted to the silly stuff about banning incense. It's human lives: taken by tainted drugs, or drugs which are too pure, or which have been taken without information about allergic reactions, or because people don't go to the authorities for fear of getting in trouble, or lost to years in jail for no good moral reason, or in careers destroyed by criminal charges, or as a result of debt to dealers, or from the activities of strengthened criminal gangs, or as a result of the destabilisation of sovereign states by the increased cashflow to international narco-traffickers. That's the human repercussion.

As the UN admitted:

"Global drug control efforts have had a dramatic unintended consequence: a criminal black market of staggering proportions. Organised crime is a threat to security. Criminal organisations have the power to destabilise society and governments. The illicit drug business is worth billions of dollars a year, part of which is used to corrupt government officials and to poison economies."

However badly formulated the psychoactive substances bill is, it will likely be sufficiently strong to close down the head shops and drive the trade underground. If the data from Ireland and Poland is anything to go by, it will drive up usage rates. All the money will go towards criminal gangs. And God knows what they'll spend it on. You might not be particularly fond of those head shops, but they're better than the black market.

These are not unintended consequences. You don't get to call it that. They are extremely well documented consequences, which researchers have shown occur again and again whenever you prohibit substances. Legal highs – and the deaths which resulted from their use – are a direct consequence of prohibition. Now the government wants to add another level of prohibition to deal with the failure it has itself created with the first round.

There's nothing 'unintended' about it whatsoever.