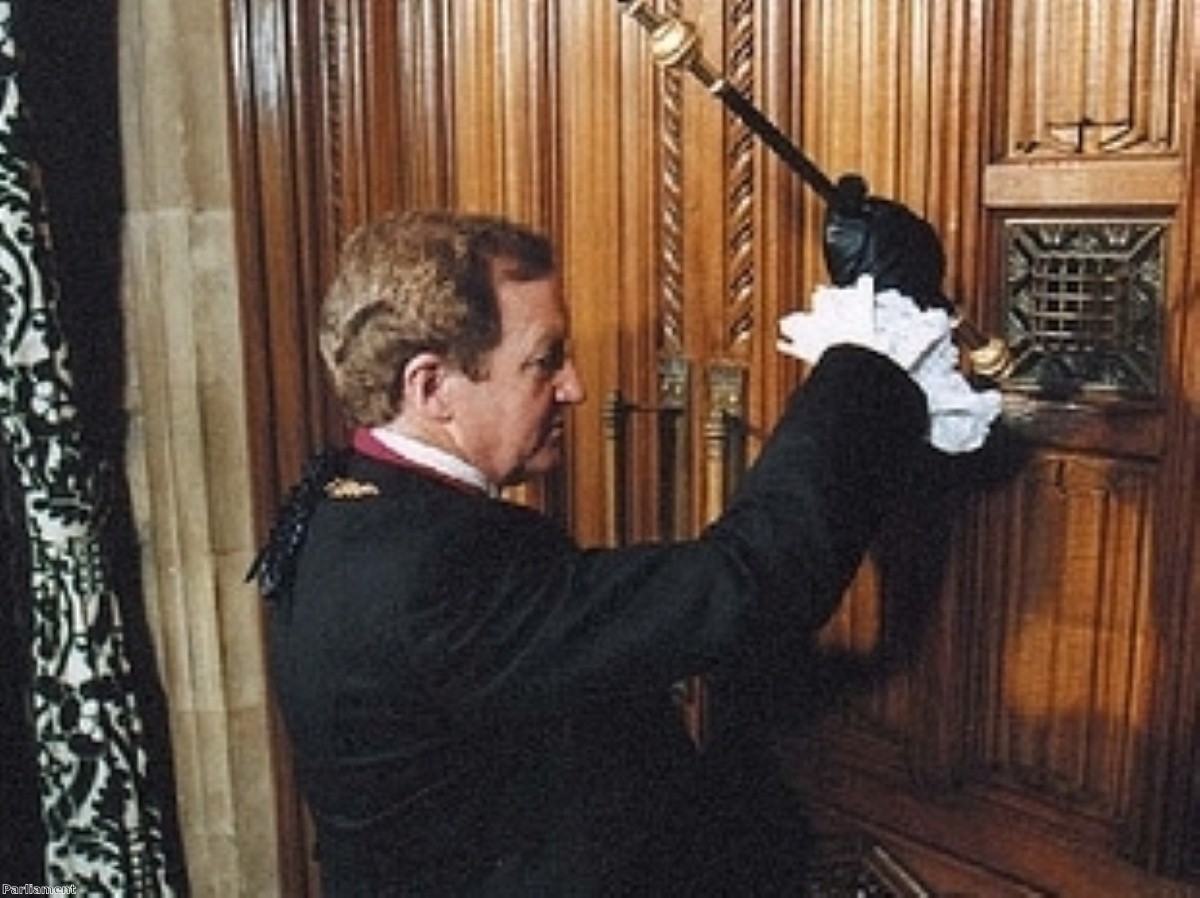 Grayling hoist by his own petard in final judicial review debate

Some rather enjoyable moments in the Lords yesterday, as peers once again got a chance to debate Chris Grayling's reforms to judicial review. Lord Pannick, who has managed to greatly reduce the threat of these measures, played some clever little games with the lord chancellor, using his own words against him to diminish the force of the changes.

For some time, Grayling has insisted that he is not trying to dismantle judicial review. Instead, these reforms were just to deal with vexatious legal challenges based on "relatively minor procedural defects in a process of consultation".

It was nonsense, of course. The reforms would have robbed anyone who was not supremely rich from pursuing a judicial review and they still might. But that was Grayling's line – this was a minor reform to stop charities and pressure groups stopping government policy using tiny technical details.

And then Grayling had to back down a bit. After misleading the Commons himself on judicial discretion in these cases, he introduced an amendment on the so-called 'highly likely' test (explained in detail here). Now the cases could still proceed if the judge decided there was an "exceptional public interest".

As Lord Pannick said, it would have been better if the concession "be drafted in more generous language", but the principle was established: "It will be for the judges to decide how and when that test should apply."

Then Lord Pannick proceeded to show why it is dangerous for ministers to underplay what it is they are trying to do where judicial discretion is concerned. Because Grayling is now on record, in parliament, saying that these reforms are only for minor points of technical law. That suggests 'exceptional public interest' should therefore be interpreted as anything more substantial than that.

Grayling's own arguments may limit the impact of his reforms

That's important, because despite what Grayling says, most judicial reviews are based on more substantive matters than the vexatious claims he says typify its use. Grayling's own attempt to hoodwink people will now be used to minimise the damage of his policy.

You can see Lord Pannick is enjoying himself when he says:

"I am confident that the courts will have careful regard to those explanations by the lord chancellor and that if the judicial review is not concerned with minor procedural defects but with allegations of systematic or deliberate wrongdoing, or errors of law in the interpretation of statutes which have a general effect, the discretion will be exercised so that the case is heard in the traditional way, as it should be.

"Applying that approach, as I am sure that the courts will do in the present context, the judges will be able to say—and I hope that they will—that the statutory purpose here is the very limited one identified by Mr Grayling of striking out judicial reviews which raised what he describes as 'relatively minor procedural defects'.

"For those reasons, I am confident that we have arrived at a tolerable result at the end of this saga."

But it doesn't quite end there, because at the end of his comments Lord Pannick, driven into frustration by the nonsense the lord chancellor has been speaking, really gives him both barrels. It's worth quoting in full, because it is a truly blistering attack on the character and capabilities of the man charged with safeguarding the rule of law.

"I should add one further observation and I do so with regret, but it needs to be said. I regret that on 13 January, when the House of Commons considered this matter for the final time, the lord chancellor again expressed comments that display an astonishing lack of understanding about the role of judicial review—one of the cornerstones of the rule of law. Judicial review does not, as Mr Grayling complained, involve public bodies being 'blackmailed'. He also suggested 'severe doubts about whether secondary legislation should be subject to judicial review'.

"These doubts appear to have no basis whatever other than the fact that the courts have, on a number of occasions in the last year, held that regulations made by the lord chancellor were outside the scope of his statutory powers.

"Furthermore, judicial review is not, as the lord chancellor again suggested, 'now overtly used by campaign groups and third parties to seek to disrupt the process of government'.

"Such comments make no sensible contribution to the debate. They demean the office of lord chancellor because they disrespect and undermine the vital role of judicial review in ensuring that the business of government is conducted lawfully.

"However inconvenient and embarrassing it is to Mr Grayling to have his decisions repeatedly ruled to be unlawful by our courts, however much he may resent the delays and costs of government illegality being exposed in court and however much he may prefer to focus on the identity of the claimant rather than the substance of their legal complaint, it remains the vital role of judicial review in this country to hold ministers and civil servants to account in public, not for the merits of their decisions but for their compliance with the law of the land as stated by parliament. The discipline of the law plays a vital role in promoting the high standards of administration in this country that we are in danger of taking for granted. It helps to concentrate—and rightly so—the mind of a minister or civil servant taking a decision whose legality he or she will be answerable for in public before an independent judge.

"Your lordships' constitution committee said recently, in its excellent report on the office of lord chancellor, that the lord chancellor should have 'a clear understanding of his or her duties in relation to the rule of law and a willingness to speak up for that principle in dealings with ministerial colleagues, including the prime minister'.

"Every time this lord chancellor addresses judicial review, he contradicts that essential guidance."

Damning. And it doesn't even end there. The debate also included the provisions to build a gigantic children's prison – an act which goes against everything we know about reducing reoffending and getting young kids back on track. Lord Ramsbotham, the former chief inspector of prisons, had this to say about Grayling and the plans he was presiding over:

"As I have said before, I regard the very idea of building the biggest children's prison in the western world as a stain on our treasured national reputation for fairness, decency and humanity under the rule of law.

"I appreciate that the minister is under the strict riding instructions from a lord chancellor whose jurisprudential credibility has been forensically unpicked by my noble friend Lord Pannick and secretary of state for justice who has wreaked havoc on the ability of the prison and probation services to protect the public. With that track record, noble lords will appreciate why I pray that that same person never gets his way with his pet plan for the detention of vulnerable and damaged children."

Again, damning. It is hard to think of any other secretary of state, in any recent British government, who is subject to this level of personal attack. One might even feel sorry for him until you remember why it happens. He is taking apart the very thing he was tasked with protecting. And it's as precious a thing as we have in this country: the rule of law – the ability of citizens to stand up to authorities, the shield which protects the individual from the executive. However damning the attacks, they are to scale with the damage which is being done.