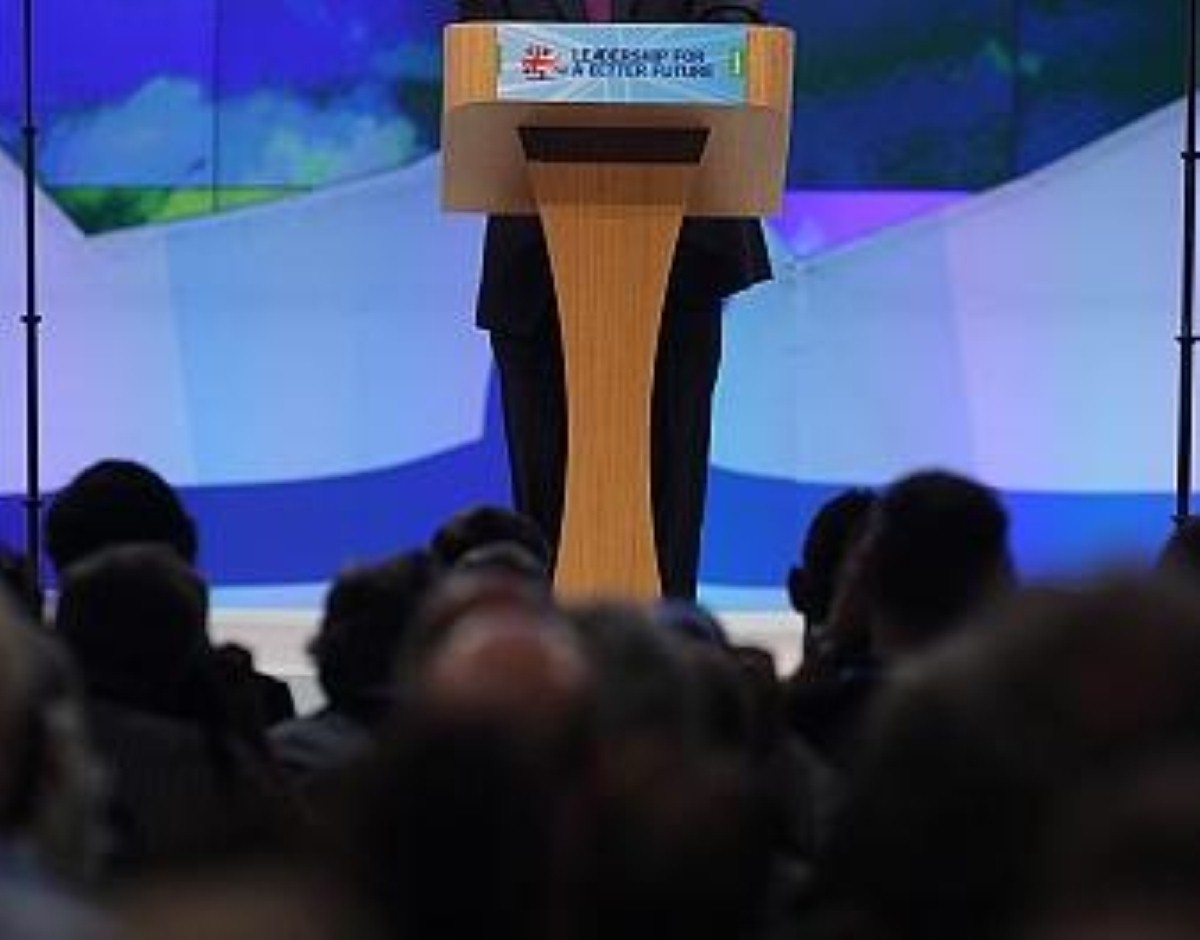 The Conservatives stand accused of trying to "buy the next general election", but Labour isn't accusing the Tories of breaking any rules.

Given the extraordinary care Harriet Harman has gone to in order to highlight the funding the Tories are receiving from secretive associations, you'd think there was some of financial jiggery-pokery going on.

Her speech to a London audience sees her complain to the heavens about the Conservatives continuing to accept donations from mysterious organisations.

She's highlighted the latest figures from the Electoral Commission, which show the Tories received £372,183.09 from unincorporated associations in April, May and June this year.

The figures have revealed organisations like the United and Cecil Club, Strangers Gallery and the Chelwood Club are focusing their funding on the marginal constituencies the Conservatives believe are vital to securing an overall majority in 2015.

Harman said these groups "bankrolling the Tories" were able to keep their identities "completely secret".

"In 27 of their key seats, more than half the money raised since 2010 has come from these secretive clubs," she pointed out.

"It's no wonder they need this shady money. In three-quarters of their most marginal seats, their membership is falling.

"We may be outspent, but we won't be out-organised or out-campaigned. They want to buy the election. We're fighting to win it."

Harman is full of fighting talk. But what she's not doing is suggesting there is anything actually certifiably wrong going on.

That's because the only reason we have the numbers about these unincorporated associations is that it was Harman's New Labour government legislated to get them released.

Five years later, it's clear some in the Labour party suspect some donors are avoiding having to declare their political donations by channelling their funding through 'shady' organisations.

But because Labour didn't act on it until the very end of their three terms in power, Harman is prevented from demanding more transparency. All she can do is complain about it.

This is despite the fact that, as existing guidance makes clear, unincorporated associations don't have to amount to much in order to become an attractively shady alternative for donors wishing to keep their political activities quiet.

They consist of two or more individuals and can only make political contributions if they have an office in the UK and carry out their business – or other activities – mainly in the UK.

Furthermore, only those which give political contributions of over £25,000 in the course of a calendar year are obliged to declare their donations. Not exactly a very high barrier.

The most generous of these organisations are able to respond to journalistic efforts to expose their activities by shrugging their shoulders and insisting they're well within the law.

Take the United and Cecil Club, a mysterious private club based in either Berkshire or Buckinghamshire, which faced negative publicity earlier this summer when the Bureau of Investigative Journalism revealed it has bolstered Tory coffers by nearly £300,000 since 2010.

Tim Lord, who owns the stables where the club is registered, simply said: "We are a club, we have our objective and we comply with the law."

If Labour really want to do anything about these organisations, they should stand up and say so in their manifesto.

But doing that, of course, would lead to instant accusations from certain quarters – including this website – that they are ready to change the rules of the game purely to serve their party's own interests – thus rendering their own complaints about Tory constitutional meddling in the present parliament completely hypocritical.

Either way the parties can't win. So all they can do is play politics, which Harman is doing very forcefully today.

She's pointed out that since the 2010 general election the total amount donated to the Conservatives party by all unincorporated associations has reached £5,565,005.50.

It's a big number – but it's all within the rules, as set out by Labour in 2009. That's why Harman can complain all she likes – and isn't necessarily prepared to do anything about it.

UPDATE: The Tories have come back with a response to Harman's response. It's fairly contemptuous – they provide a bucketload of detail about exactly how much Labour is in hock to the unions, and don't even address the 'shady' funding point directly. Here's the quote from a Conservative spokesman:

It seems Labour, a party funded by union barons who pick the candidates and the leader, are spending more time trying to invent nonsense about the Conservatives than research and develop policies for the next election. If they spent less time playing politics and more creating some economic policies for the future the public might not hold Mr Miliband in such poor esteem.