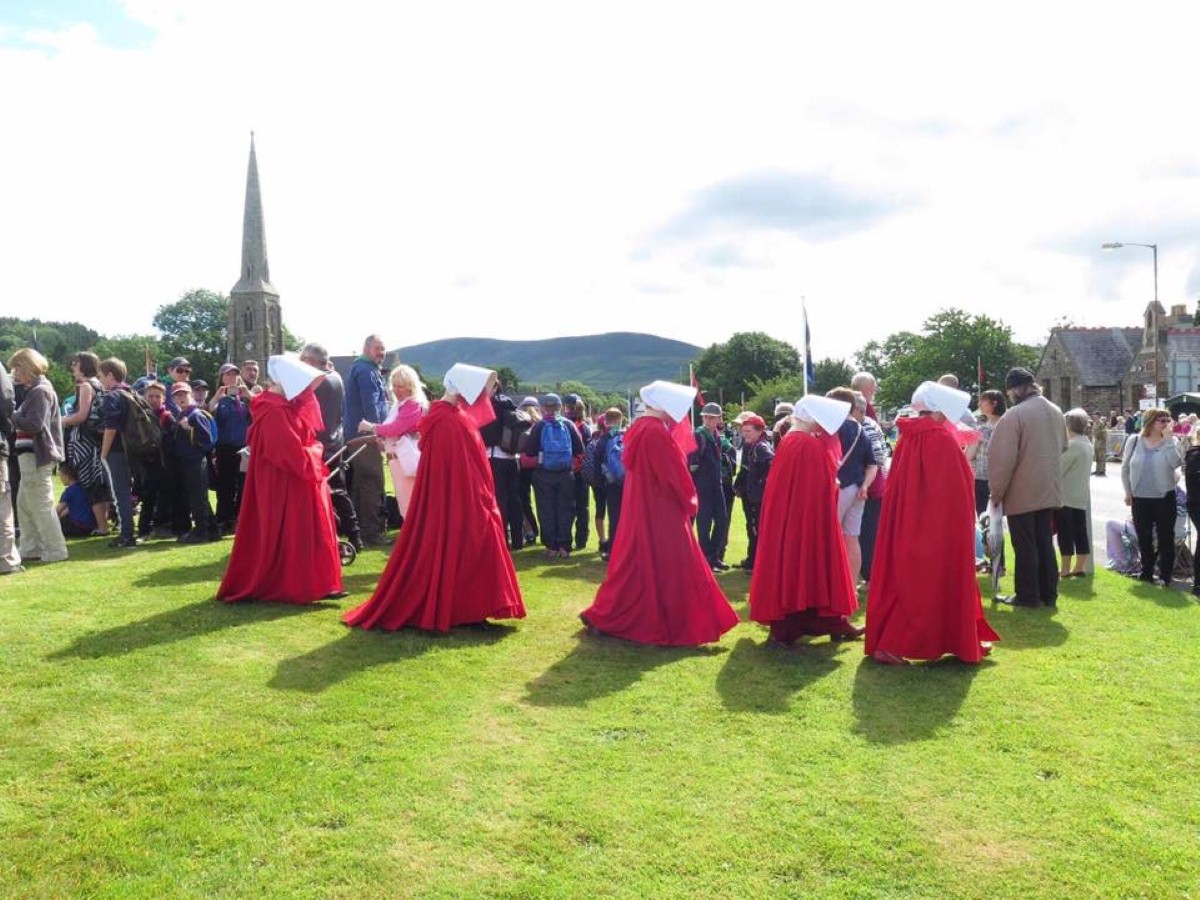 The Isle of Man: Where women have voted for 137 years but are still fighting for abortion

In 1881, the Isle of Man became the first parliament in the world to give women the vote in national elections. This year Manx women will have been able to vote for 137 years. In 2006, the island also marked another milestone in lowering the voting age to 16.

But in spite of progressive constitutional reforms, abortion legislation is still highly restrictive. Most Manx women still have to travel to the UK to get an abortion as it is only permitted in the case of rape or grave risk to the mother's life. Now, many are hoping that this will change with the introduction of a new bill.

Dr. Alex Allinson MHK, a former GP and member of Tynwald, the island's parliament, is behind the Abortion Reform Bill 2017, which had its second reading last week.

"This will correct the wrong done to women on the island since 1967," he says. "From when politicians here have turned a blind eye to local women having to cross to England for private abortions which could, and should have been provided here by our NHS."

A change in the law would mean that abortion up to 14 weeks would be available to every woman on the island regardless of financial circumstances.

"We've had estimates of it costing between £1,000-£2,000 for women to book their own travel and arrange their own accommodation," says Stephanie, the spokesperson for Calm (the Campaign for Abortion Law Modernisation) on the Isle of Man.

Stephanie's stories often feature Manx women too poor or too afraid to get the help they need.

"Abortion tablets are available online," she says. "They are safe if you get them from reputable websites but they are illegal on the Isle of Man and get confiscated if the customs people recognise the parcel. Even then if women are managing to get them, they are using the tablets at home and they just go to tell the doctors what they've done but they get no counselling and no support."

In spite of there being no prosecutions in recent years, women ordering pills online are still concerned. One woman received her second set of abortion pills after having her first batch confiscated by customs.

"She'd been paranoid the whole time thinking the police were going to knock on her door," says Stephanie. "She took the tablets a bit later than she was supposed to and she had complications. At A&E they told her she was having a miscarriage but she couldn't tell them she'd taken the tablets. They gave her the same tablets she'd already taken but she didn't know if it was safe to take them again and she didn't dare tell the doctors."

Other women have found their access to abortion limited by external factors such as 'The Isle of Man TT', the world famous annual motorbike races on the island. "We've heard sad stories of women finding out they are pregnant just before the races," says Stephanie, "But the flights and all the boats are full. It's impossible to get off the island."

At the annual Tynwald Day celebrations last year, a group of women protested the current abortion legislation, by dressing as handmaids from Margaret Atwood's novel The Handmaid's Tale.

"It's not about us as individuals – it's about all the women we represent," says Milly (not her real name) who is part of the group who call themselves The Handmaids of the Isle of Man. The idea first emerged after seeing the graphic images used by pro-life groups protesting outside the island's parliament.

Dressed in red and with veils over their faces, the women silently handed out quotes from the book at Tynwald Day.

"We had a really mixed reaction," says Milly. "But we had a couple of ladies who came up to us and said 'thank you so much, we really support what you're doing'."

She notes the island's inconsistent liberalism. "It's an odd thing, we are really progressive in some ways and then in others it's almost like we don't want to talk about it."

Homosexuality on the island was only decriminalised in 1992. When same sex marriage legislation came into effect, however, it also included civil partnerships for heterosexual couples, which is still not permitted in the UK.

"Often when we jump ahead, we do it properly," says Milly. "If we put our legislation through at the moment as it is, it will be more progressive than the UK."

The Abortion Reform Bill 2017, if passed, would only require the sign off from one doctor rather than two as it is in the UK.

"What has been very humbling over the last 12 months, since we started the debate over abortion law reform, has been the number of brave women who have come forward to publicly relate their own stories and experiences about abortion and unplanned pregnancy," says Dr. Allinson.

"Sometimes this has been the first time they have felt able to share their own experiences and give a very human and feminist perspective on what can be presented as a moral or ethical debate."

The Isle of Man has a past intertwined with women's suffrage, not only as the first place to give women the vote but also as the birthplace of Emmeline Pankhurst's mother, Sophia Craine. Now it looks to a future where abortion will not involve a trip to the UK or a customs official turning a blind eye.