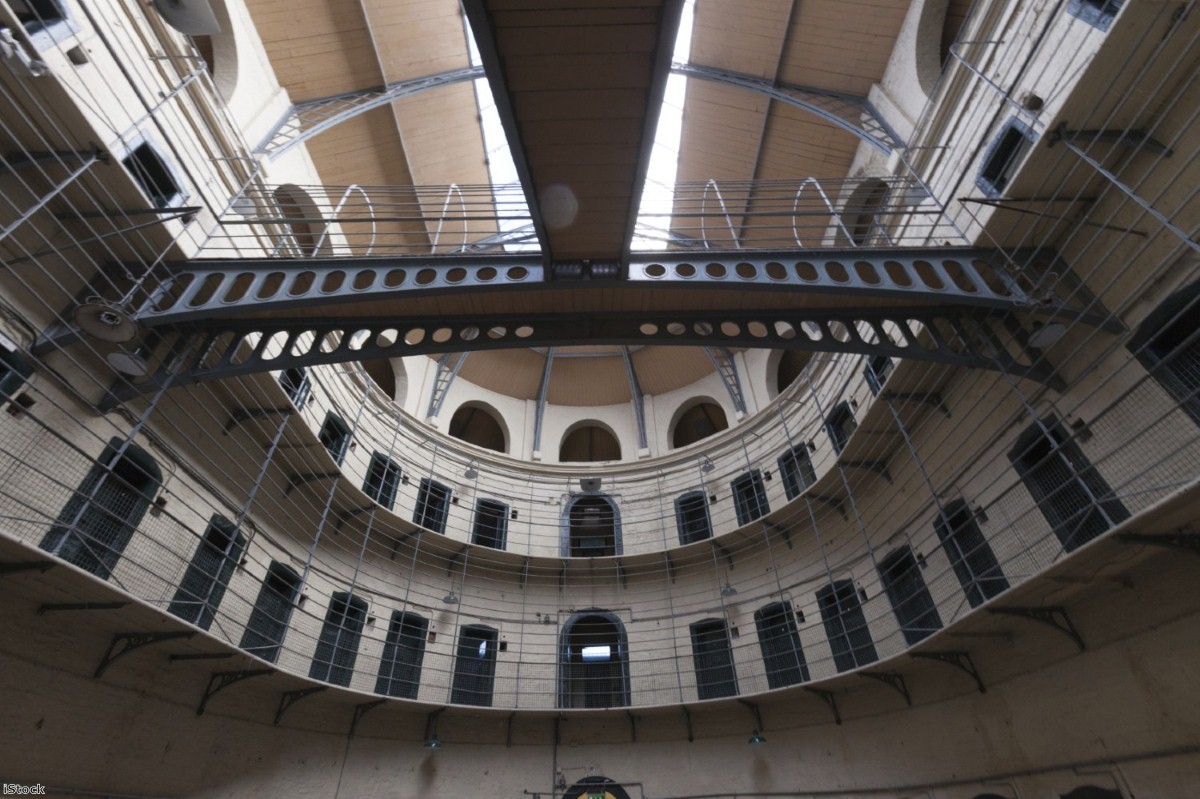 Out of sight, out of mind: The prison mental health crisis

David Gauke started his new role as justice secretary this week, making him the 6th to take up the position in the last 8 years. But one constant throughout has been the long-running and severely neglected mental health crisis in our prisons. With self-harm cases increasing by 73% between 2012-2016, and suicides also on the rise, Theresa May's promise to prioritise mental health seems not to apply to those behind bars.

As a group, offenders and ex-offenders experience entrenched socio-economic inequities and are vulnerable to mental ill health. These problems both precede incarceration, and continue after release. Those in prison might not be the most politically popular audience, but the failure of the government to successfully address this is a huge missed opportunity and is straining the system elsewhere.

The government's mental health Green Paper, and its emphasis on early mental health intervention for young people, is certainly welcome. But more must be done to reduce service fragmentation, address the knowledge and resource deficit on the inside, and connect people with the right services on release.

The problem starts with failing community services, which leave vulnerable people without the care they need. While overall mental health spending is now on the up, some regions will still collectively spend £4.5m less on mental health this year. The system is also debilitatingly fragmented, depriving at risk individuals of consistent and straightforward service pathways. As highlighted in our recent report, Making Young Minds Matter, we need local authorities to collaborate more closely with local charities and social enterprises in service commissioning, contract design and target setting. Eliminating unproductive competition in this way would free up resources for supporting (and diverting) people at risk of entering the criminal justice system.

Once locked up, enforced solitude, lack of meaningful activity, drugs and perpetual insecurity plague prisons. This exacerbates depression, mental instability and personality disorders. Indeed, the Bradley Report suggests there are now more prisoners suffering from poor mental health than ever before. Yet despite staggering levels of illness, prisons are ill-equipped. A report by the London Assembly found that initial health screenings that occur on arrival are not effective at flagging up mental health problems, and since staff lack access to GP records, opportunities to provide the correct and timely support are lost. The dual challenge of overcrowding and understaffing also means hospital appointments are often cancelled because no one is available to accompany offenders to receive treatment.

That prisons are unprepared is far from surprising. According to a National Audit Office report, HMPPS and NHS England do not have accurate data on how many prisoners are mentally ill, or how many people are waiting to be transferred to secure hospitals. The government must abandon its 'out of sight, out of mind' attitude, address this knowledge deficit, and stop letting harm come to prisoners through neglect.

But accessing treatment on release is by no means easy either. Poor mental health, along with other issues such as homelessness and substance misuse, can lead to reoffending. So people must be directed to the right services when they are released from custody. However, a Criminal Justice Joint Inspection found this is not happening under the existing Through the Gate program. Few prisoners were found to have hard copies of their resettlement plans or even to know what was being done to help them when they were released. This undermines the successful transition back into the community, putting mental health sufferers at risk of reoffending and being reentered into the same broken system.

If David Gauke wants to draw a line under the failings of his predecessors, he must help offenders tackle mental health issues that can contribute to their entry into the criminal justice system in the first place. This means integrating mental health services before prison, in prison, and after prison, and ensuring the state fulfils its responsibilities to those under its care.

Anna Hazelwood is a researcher at ResPublica.