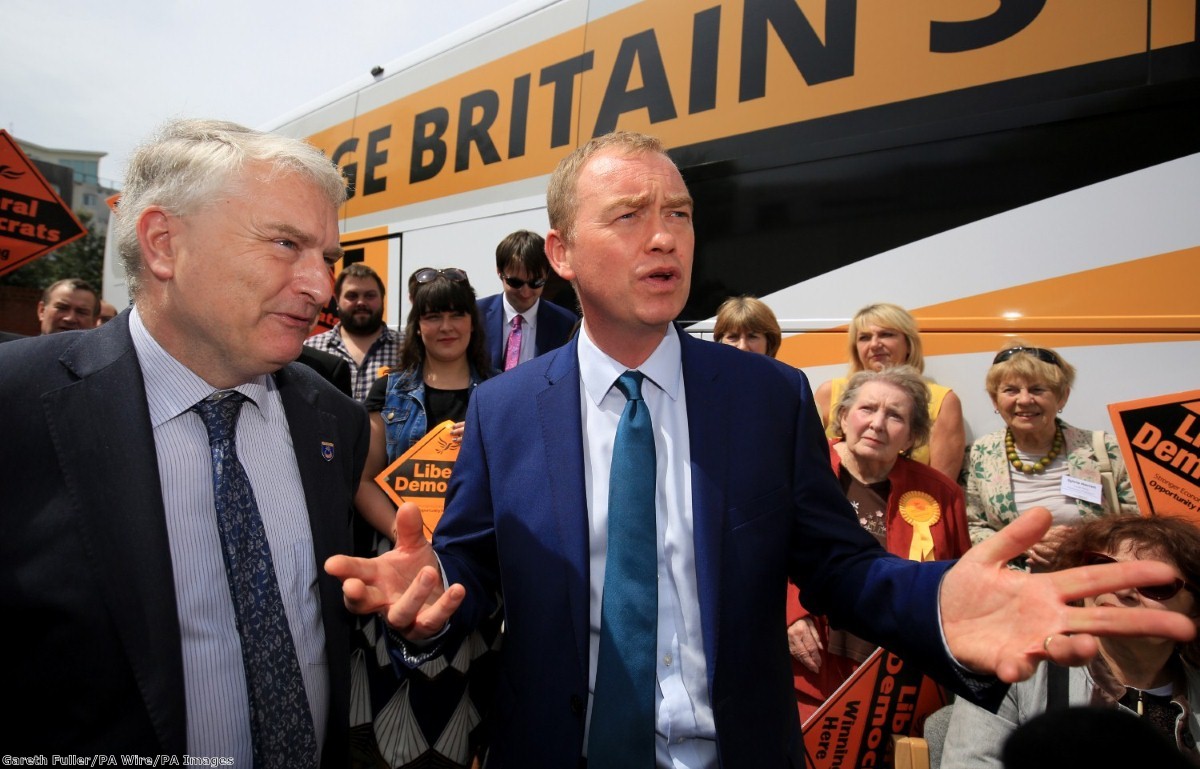 Lib Dems: Reasons to be cheerful

Seven weeks ago a group of us were sat in Vince Cable's house planning how we could get him back into Westminster following his shock defeat in 2015. In the early hours of Friday morning we were celebrating his return with a 9,500 majority in the seat he had lost just two years ago. As a relatively new Lib Dem member and someone who was involved in the general election campaign, there is a lot of food for thought on how we won locally and what lies ahead for our party.

The omens for Vince Cable's return were good given his excellent track record of working hard for local people during his previous tenure as our MP as well as his national profile on business related matters. In an area that voted 70% for Remain it was always likely he would be returned again. However nothing was taken for granted as we had a small army of people helping us knock on doors on Thursday to make sure his supporters voted. Cable's return with a 52% share of the vote was just reward for a hugely positive campaign which focused on cuts to local schools, the state of the NHS and the Tories broken promise on Heathrow expansion.

The local Tory campaign was almost invisible. They relied on pleading letters from Theresa May not to let her lose her majority combined with a highly negative social media campaign. Over in neighbouring Richmond Park, Zac Goldsmith took a leaf out of his boss's book by not accepting the invitation to two out of three local hustings, sending in a super-sub to one of them. One of the two he didn't come to was organised by a disabilities charity – clearly he felt uncomfortable about the prospect of being pilloried about his record on disability benefit cuts.

Much has been talked of about the Progressive Alliance and there is no doubt it helped play a part in us winning some seats. However, in Twickenham Vince Cable's majority was almost four times the number of people who voted Green in the general election in 2015.

Nationally, the results for the party were positive, with gains being made in pro-Remain areas like Bath and Oxford West and Abingdon. Results in Scotland were also hugely encouraging with three net gains and we lost out by just two votes in another. The Tories threw the kitchen sink to unseat Lib Dem MPs, especially in Leave areas. Norman Lamb and Tom Brake were thought by many inside and outside the party of being at serious risk of losing their seats. Yet both held on thanks to their local record as excellent constituency MPs.

The overall net gains of three seats came with the disappointing loss of Nick Clegg. No doubt some of his opponents will be cheering but if the Tories now have to soften their approach to Brexit, Clegg will have been vindicated.

So what are the lessons from this campaign?

Firstly, on Brexit our proposal for a referendum on the terms of the deal clearly went down well in South West London, and other pro Remain areas. However it probably precluded us from making gains in the South West. The number one issue which people raised in Twickenham on the doorsteps was cuts to local school funding, so where we focused on issues other than Brexit, it worked effectively.

Secondly, we now have a much better proportion of women MPs than in 2015. The party's new policy of encouraging greater diversity in local parliamentary candidate selection rules has clearly paid dividends.

Thirdly, we have a large membership base with over 100,000 members. The small things can be the big things – reporting a concern about something as simple as someone's pavement can swing people your way, as I found on the doorstep. If you run a campaign based on Facebook you lose this important face-to-face contact with your voters.

And finally, Tory MPs like Goldsmith with slim majorities and Lib Dems nipping at their heels are stuck between a rock and a hard place. Rebel and they risk bringing down the government. Stay loyal over policies like cuts to local school budgets and they risk losing next time around.

With another election looming, there are many reasons to be cheerful as a Liberal Democrat.