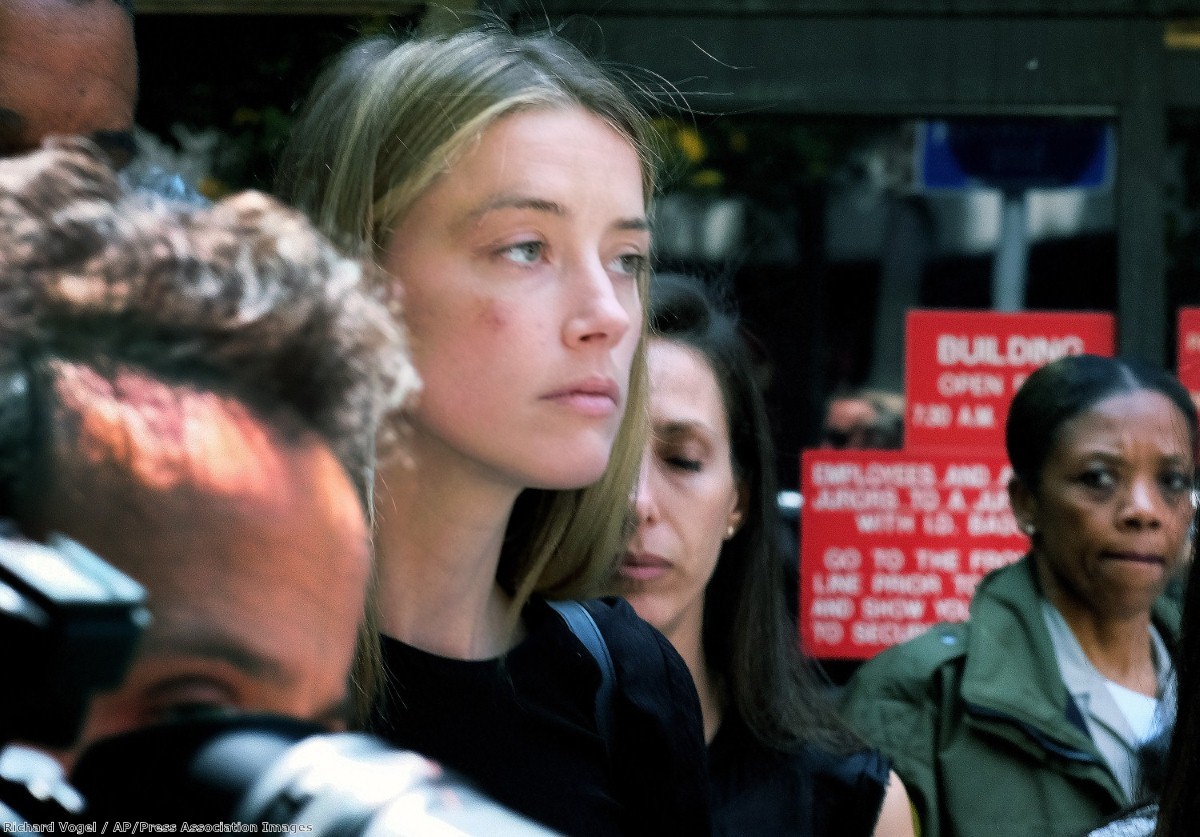 Unless you've been living under a rock for the last week, you'll have probably heard the news that actor Amber Heard has accused her former husband Johnny Depp of domestic abuse. Since making the allegations, she provided photographic evidence of bruises, and a witness claims to have seen Depp acting violently. A judge has granted her a restraining order against Depp.

In the days since the allegations first broke, the usual narrative has emerged that an alleged victim of domestic abuse should be treated with suspicion and disbelief.

It’s not for me to comment on the guilt or innocence of either party – that is for legal due process and the courts. However, I can comment on the double-standard that exists in the public and media response to Heard and Depp, and what this tells us about our continuing, shameful attitude towards domestic abuse.

Depp's friends closed ranks around him – Doug Stanhope penning a blogpost and Terry Gilliam mocking Heard for being a 'better actress than we thought'.  Here, we see a commonly repeated argument: that our friends or heroes aren’t the kind of men we believe abuse women, and so therefore the victim must be lying.

Mickey Rourke stands up for Johnny Depp as star gets accused of abuse https://t.co/Sau2kTXq7x

Abusive men don't proclaim their violence to the world. They shut the front door before lashing out. They often cut their partner off from her family and friends, so that those who might recognise the signs aren't around to see them. They play the charmer, the good guy, the cool guy, so that, if it ever does come out, his friends will close ranks around him and leave her out in the cold. After all, he's such a nice guy. He wouldn't do a thing like that. There must be more to it. She must have provoked him.

The response to Heard in the press and social media shows how ready and willing we are to disbelieve a woman's testimony in order to excuse or defend the man she's accusing. We'll tie ourselves in knots to try and find way to prove that it's all a lie, or at least a misunderstanding. We accept the man's narrative – be it an out-and-out defence or a claim of provocation – while poking holes in her story, minutely examining her behaviour and finding fault.

Regardless of the truth in the Depp case, it's fascinating how willing we are to turn our attention to the victim and start questioning her behaviour instead of that of the alleged aggressor. It's much easier to decide that she's lying, than to face up to the grim reality of male violence.

This tendency can also be seen in the way Heard has fallen foul of what feminist campaigners call the 'perfect victim' myth. It was reported that the day after the allegations went public, she posed for a photo, smiling with her friends. As if during our darkest times (and whatever happened, she’s still dealing with a marital breakdown) we don’t reach out to friends; to joke, laugh, cry, and share our stories.

The pernicious 'perfect victim' narrative is not only grossly unfair, but it blocks access to justice. It says that if a woman does not behave according to a set script, then she's not to be believed. Her behaviour is used to destroy her credibility, something which can lead to allegations being dropped in case she's not a 'believable' witness.

This refuses to allow for the realities of human behaviour, and the fact that we all respond in different ways to trauma at different times. Rather than acknowledge this subtlety, we instead use it to accuse a woman of lying.

The final double standard applied in the Heard/Depp case is the impact on their respective futures. Hands have been wrung about what these allegations could mean for Depp's career – the subtext being that a women should stay silent to protect the men they allege have abused them.

As if allegations of violence against women has ever prevented a Hollywood star from continuing their glittering career. Accusations of abusing women have never stood in the way of Oscars, plaudits and cult status.

Meanwhile, we are already seeing the backlash against Heard: The accusations. The sneers. The flagrant disbelief.

We often talk about why women don't speak out about domestic abuse. We look at the black eye, or worse, the dead body, and demand to know why they didn't report the violence, why it takes, on average, 35 incidents for that to happen.

The media and societal response to the Heard/Depp case is the perfect example of why women stay silent. After all, why would you report, when so many will instinctively turn and call you a liar?