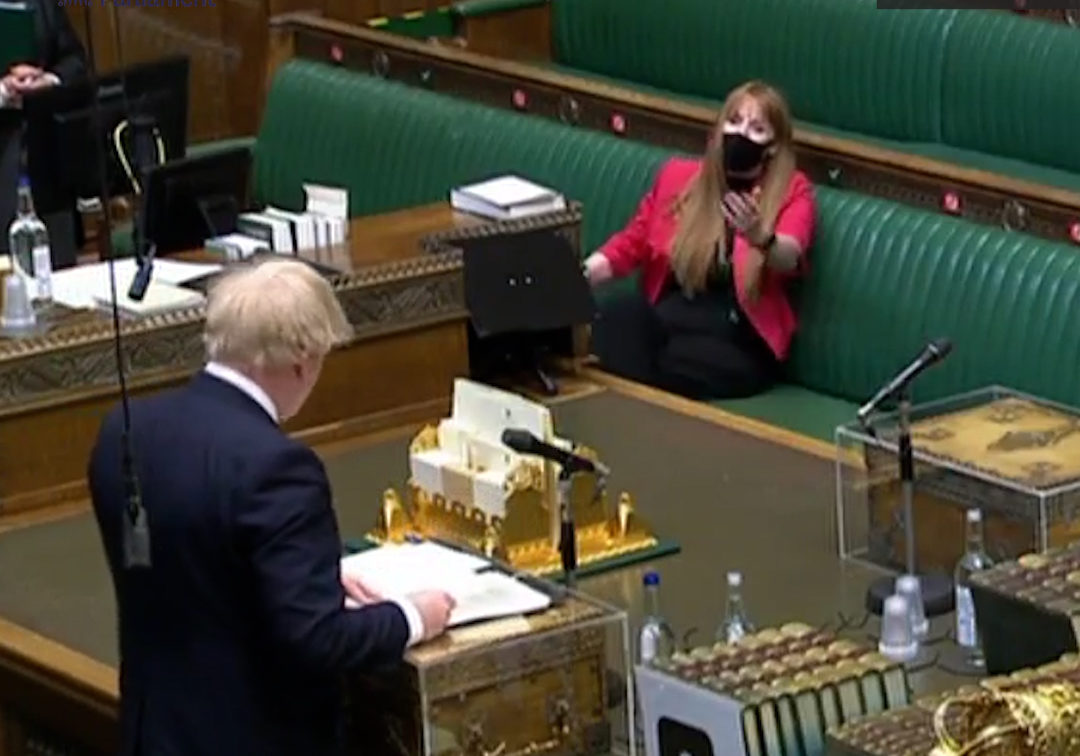 Prime minister Boris Johnson aimed a jab at Labour leader Keir Starmer over the number of jobs held by Angela Rayner following this week’s reshuffle, saying: “The more titles he feeds her, the hungrier she is likely to become”.

Speaking during the debate in the House of Commons on the Queen’s speech, the prime minister emphasised the Conservatives’ pledge to ‘level-up’ across the UK, lamenting that: “You will find flair and imagination and enthusiasm and genius distributed evenly across this country while opportunity is not.”

Starmer hit back at the Tory leader, saying life expectancy had stalled for the first time in a century, before adding: “Today we needed a Queen’s speech that rose to the scale of the moment, […] but instead this Queen’s speech merely papers over the cracks.”