What are immigration removal centres?

Previously known as ‘immigration detention centres’, their name was formally changed to ‘Immigration removal centres’ under the Nationality, Immigration and Asylum Act 2002 to “reflect the part played by detention in the removal of failed asylum-seekers and others”.

The Home Office guidance states that someone can be detained in an immigration removal centre when the person is likely to abscond if given temporary admission or release; the person’s removal from the UK is imminent; detention is needed whilst alternative arrangements are made for the person’s care; or release is not considered conducive to the public good

According to the Home Office, detention can only lawfully be exercised under these provisions where there is a “realistic prospect of removal within a reasonable period”. 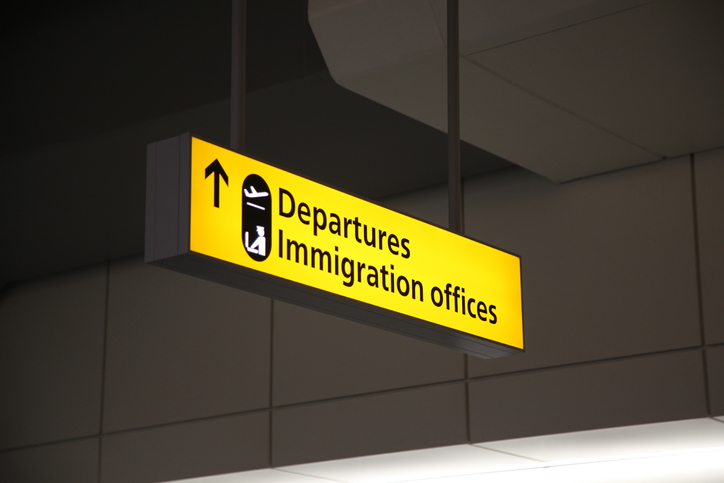 The use of immigration removal centres has reduced in the last few years.

Detainees can challenge the lawfulness of their detention through an application for judicial review. Bail can be granted by the First-tier Tribunal (Immigration and Asylum Chamber), a Chief Immigration Officer; or the Home Secretary.

The figures for those held in immigration removal centres then further reduced to 698 in June 2020, albeit these were to a certain degree influenced by the international lockdowns resulting from the Covid 19 pandemic.

Immigration Removal Centres are managed by a number of private companies, and overseen by Her Majesty Inspectorate of Prisons.

The use of immigration removal centres remains one of the most controversial aspects of the UK immigration and asylum system.

The Government asserts that detention and removal are essential to ensure effective immigration control. It pledges that decisions to detain are never taken lightly, detainees must be treated with dignity, and that detention must be used sparingly and for the shortest period necessary.

Opponents of the system argue that it is fundamentally unfair to deprive a person of their liberty for what is presented as administrative convenience. The use of detention is controversial because opponents argue it is wrong to imprison or restrict the movements of people who have committed no crime, and in many cases, people who have come to the UK to escape persecution. They also argue that detention is costly, and that the possibility of indefinite detention is harmful to detainees’ mental health and well-being

Those calling for the reform of the system call for a maximum time limit on the length of detention, for automatic judicial oversight of decisions to detain, and the development of more community based alternatives.

The increased use of detention came about in response to public concern about the government’s ability to handle the rising numbers of applications for asylum since the late 1990s. By 2001 the number of asylum seekers had reached an all-time high and the government embarked on a programme to provide a network of detention centres with the aim of moving towards a situation where no asylum seeker would be held in a prison.

Prior to 2001 there were two types of detention centre: the removal centre and the removal prison. These were much like prison facilities, with the aim being to impose restrictions on the movement of the detainees, so that the government could monitor their whereabouts whilst their claims were being processed. Indeed some people were actually held in prisons.

The detention of asylum seekers in such austere conditions was widely condemned by human rights groups, politicians, and many others who insisted that they should not be treated in the same way as ordinary criminals.

Detention Centre Rules: 2001
The ‘Detention Centre Rules 2001’ were introduced which stipulated the way in which the centres were to be run, ensuring humane treatment of all detainees. Every detained person is provided with a document, known as a ‘compact’, outlining their rights and responsibilities under the rules, and information about life in the centre.

The Detention Centre Rules cover such things as Welfare and Privileges. For example, a detainee’s entitlement to visits from family members, agencies and legal representatives; the provision of wholesome and nutritious food and suitable clothing; time in the open air; recreational and educational activities; facilities for the practice of diverse religions; and access to healthcare. The rules also cover General Security and Safety and state that this is to be maintained, “but with no more restriction than is required for safe custody and well ordered community life.”

Concerns around conditions: 2002-2009
Throughout the first decade of the Twenty First Century, there were a number of concerns about the conditions inside Immigration Removal Centres.

In February 2002, violence broke out at the Yarl’s Wood centre in Bedfordshire. It was alleged that the violence erupted because the firm running the facility, Group 4, refused medical treatment to a detainee, but this is denied by the company. The rioting resulted in a break-out and a fire that destroyed half of the £100 million centre. It was subsequently revealed that none of the UK’s removal centres had sprinklers for putting out fires.

There has also been publicity about overcrowding and poor conditions in detention centres. In 2006 chief inspector of prisons Anne Owers said inefficient and inhumane centres treated immigrants like “parcels”. Her comments did not improve a year later, noting concerns about access to key services remained. She said immigrants were spending “unacceptably long periods” locked in single rooms at Colnbrook centre near Heathrow airport.

More bad publicity for the government followed in August 2007, when 26 asylum seekers escaped from a centre near Oxford.

Further reforms in the system: 2010-
In December 2010, the Deputy Prime Minister, Nick Clegg, announced the immediate closure of the family wing at Yarl’s Wood and pledged to end the detention of all children in immigration centres by the following May. However, some may still be held in pre-departure accommodation and a new Independent Family Returns Panel was set up in 2011, described by Immigration Minister Damian Green as “a crucial step toward a more humane removal process for families with no right to be in the UK.”

In February 2015, then Home Secretary Theresa May asked Stephen Shaw, the former Prisons and Probation Ombudsman to undertake an independent review of Home Office detention policies and procedures. In his initial report, Mr Shaw made 64 specific recommendations, including that the presumption against detention be extended to include victims of rape and other sexual or gender-based violence (including FGM), to those with a diagnosis of PTSD, to transsexual people and to those with learning difficulties. The findings of the Shaw report were largely accepted by the government.

Under the 2016 Immigration Act, pregnant women may not be detained for longer than 72 hours. This period is extendable up to a week in total with Ministerial approval.

“The purpose of detention centres shall be to provide for the secure but humane accommodation of detained persons in a relaxed regime with as much freedom of movement and association as possible, consistent with maintaining a safe and secure environment, and to encourage and assist detained persons to make the most productive use of their time, whilst respecting in particular their dignity and the right to individual expression” – Detention Centre Rules 2001

“Our removal centres are used for temporary detention, in situations where people have no legal right to be in the UK but have refused to leave voluntarily. Those detained in any of our centres can leave at any time to return to their home country.” – UK Border Agency – 2012

“The problem we have is these people feel they are treated like criminals when their crimes are simply fleeing their own country for whatever reason,” Iman Sajid from the Joint Council for the Welfare of Immigrants said.

Details provided on the UK’s current immigration removal centres include:

Colnbrook- West Drayton, adjacent to Heathrow Airport. Opened August 2004. The most secure removal centre within the UK Border Agency estate, built to category B prison standard. Short-term holding facility used by UK Border Agency enforcement units to reduce reliance on police facilities and to provide a short term assessment and induction facility prior to moving to a main centre. Bed spaces for 308 male and female detainees. It is located close to London Heathrow Airport and was opened August 2004.

Dungavel – located on the B743 between Muirkirk and Strathaven. Bought by the Home Office in 2000 and opened as an immigration removal centre (IRC) in September 2001. Managed by the GEO Group. Bed spaces for 217 detainees.

Harmondsworth West Drayton, adjacent to Heathrow Airport and a neighbour to the Colnbrook centre. A purpose built, long-term centre where detainees are accommodated, pending their case resolutions and subsequent removal from the United Kingdom. Managed by the GEO Group. Bed spaces for 615 single males.

Larne House – Antrim, Northern Ireland. A residential short-term holding facility; currently operates under the escorting services contract between UK Border Agency and Reliance. Used solely for the detention of a detainee for a period up to 7 days. Bed spaces – 10 bedrooms, 19 beds, for male and female.

Pennine House – Terminal 2, Manchester Airport. A residential short term holding facility; currently operates under the escorting services contract between UK Border Agency and Reliance. Used solely for the detention of a detainee for a period up to 7 days. Bed spaces – 8 bedrooms, 32 beds for male and female.