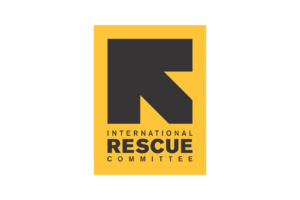 Mogadishu, Somalia, 07 July 2022 – As the worst drought in decades ravages East Africa and the crisis in Ukraine impacts global fuel and food prices, IRC has seen a sharp rise in acute malnutrition admissions in IRC clinics across Somalia, with one clinic recording a 265% increase in admissions from April to May 2022.

“We have had to drastically reconsider our operations due to the sharp increase in prices and fuel over the last few months. When we do not have enough medical supplies in our clinics, we have to turn away the increasing number of patients that are in need of critical care and support. This is happening all the more frequently as life-saving aid is diverted to help Ukraine – leading to an even more drastic reduction in the aid we can deliver. As ever, this is impacting the most vulnerable the most. Without immediate international funding, a catastrophic famine is undoubtedly on the horizon for Somalia and the region as a whole.”

250,000 people, half of whom were children, died during the 2011 famine which came after three consecutive seasons without adequate rainfall and the humanitarian response plan was less than 50% funded. The 2022 humanitarian response plan for Somali food security is currently only 20% funded as we enter the fifth consecutive season without adequate rainfall, exacerbated by growing climate pressure. The IRC is calling on international leaders and donors to direct urgent and immediate funding to the drought in East Africa to avert looming famine.

The IRC is operational in the main areas of concern including Mogadishu, Puntland, south west and central Somalia, and is significantly scaling up our programming to support families with healthcare for malnourished children, unconditional cash transfers to help people quickly get the support they need, rehabilitation of boreholes and water sources as well as mobile health services to reach deeper into hard hit areas.

The IRC began working in Somalia in 1981 in the aftermath of the Somalia-Ethiopia conflict. Over the years operations faced several interruptions due to insecurity and civil unrest but has been operating continuously since 2007.

For more information or to schedule interviews, please contact Madiha Raza at madiha.raza@rescue.org and Kellie Ryan at Kellie.Ryan@rescue.org