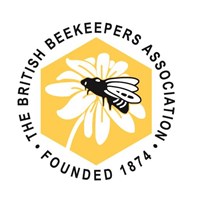 The Government has granted the exemption that British Sugar had applied for to use the banned pesticide, known as Cruiser SB or Thiamethoxam, because Sugar Beet Farmers are concerned about crop yields due to flea beetle damage.

Stephen Barnes, newly elected chair of British Beekeepers association, says with despair and a certain amount of anger, “The Government has not followed the science. Permitting the use of this dangerous neonicotinoid pesticide puts all pollinators at risk.”

British Beekeepers association’s members are guardians of over 100,000 bee hives.

The honey bee, an essential pollinator of food crops, is under threat from the use of this chemical which is so dangerous that flowering crops can not be grown in those polluted fields for nearly four years afterwards.

In order to further safeguard pollinators strong weed killers are used to ensure that all weeds around the affected fields have to be removed for four years too. This removes vast amounts of forage for the UK’s native insect population which has been struggling for years.

The government ignored the advice of the Health and Safety executive to allow the continued use of Thiamethoxam.

BBKA chair Stephen Barnes feels strongly that this goes against the Health Bee Plan 2030 which has as a key outcome: ‘Sound science and evidence underpinning the actions taken to support bee health’

The new executive committee of the British Beekeepers Association have met and formed several new committees, one being specifically set up to tackle this ongoing pesticide issue.