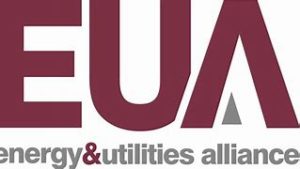 Facing unprecedented increases in energy bills, residents in 18 Red Wall constituencies in the north of England have given overwhelming backing to calls for VAT on energy bills to be scrapped.

Polling conducted by YouGov, on behalf of the not-for-profit trade body Energy and Utilities Alliance (EUA) amongst 1600 ‘Red Wall’ residents, found that excluding ‘don’t knows’, a staggering 93 per cent backed the idea of scrapping VAT on energy bills.

Two-thirds of those polled believed that “heating you home was more of a necessity than a luxury”, a figure that rises to 79 per cent of over 65s.

There is also evidence that people have already started to “ration” their use of energy in the home. When asked ‘in the past week, how often have you avoided heating your home as much as you would have liked specifically because of the associated costs?” – one in five (20 per cent) replied “every day”; one in seven (14 per cent) said “at least 3 or 4 times” and a further 20 per cent said “at least once or twice”.

And COVID – 19 measures are adding to the problem, with a third of employed Red Wall residents asked (32 per cent) stating that they are now working from home more often than before the pandemic began, adding to home heating bills.

Commenting upon the results, Mike Foster CEO of Energy and Utilities Alliance said:

“These detailed poll findings, in key political battleground seats, suggest that the Government has a major problem on its hands. Overwhelmingly, people want to see VAT scrapped on energy bills, something that Boris Johnson wanted as far back as 2016, but the Chancellor Rishi Sunak has blocked. Red Wall voters have sent a very clear signal in this poll of what they want.”

“Heating a home is viewed as a necessity, yet consumers are consciously not doing so as a means to keep bills down. This should also ring alarm bells for Ministers. The least well off are being hit the hardest as they spend a disproportionate amount of their income on energy bills, compared to those who are better off. This should justify any action the Government takes.”

“Working from home has also led to increases in domestic energy bills, something the Government should acknowledge and again action such as scrapping VAT can be justified as a COVID related measure.”

“In the longer term, to meet its Net Zero ambitions, the Government must focus on the impact upon the consumer. Minimising costs and disruption whilst giving consumers choice, will be key to whether it succeeds or fails. The sooner it indicates that gas networks will be switched to hydrogen, breaking away from the global fossil fuel markets that are behind the energy crisis, the better.”