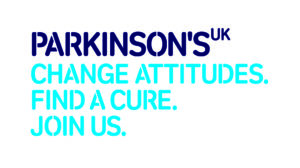 Working together to drive forward race equality in research

Parkinson’s affects people of all ethnicities. Up to 1 in 20 people with the condition in the UK may be of Black, Asian or mixed heritage. But research studies often struggle to involve people from these communities.

This means what we know about the condition and the treatments being developed does not represent the whole Parkinson’s community.

Our race equality in research project
We want Parkinson’s research to include, involve and represent the whole Parkinson’s community. That’s why we started this project in March 2021.

As a first step, we invited people connected to Parkinson’s of Black, Asian and mixed heritage to join a steering group to shape and guide this project.

Shafaq Hussain-Ali explains why she got involved:

“I became involved in the steering group to enable a more complete picture of Parkinson’s to be captured. Only once a problem is understood in its entirety can it be fully addressed.

“Being in the steering group has been a fantastic experience. I look forward to seeing how our efforts to encourage others from minority groups to take part in Parkinson’s research translates into improvements for all communities.”

Learning from the community
Now, to help us take this important work forward, we’re excited to have joined forces with two leaders in patient engagement: Egality Health and COUCH Health.

Hosting a workshop to explore how we can work with community organisations to better engage Black and Asian communities with research.

Carrying out in-depth interviews with people living with Parkinson’s of Black, Asian or mixed heritage who are not already connected to the charity or participating in research.

“It’s fantastic to work with Parkinson’s UK, an organisation committed to taking practical steps to improve representation in their research. We look forward to working with our network of community connectors, the Parkinson’s UK team and COUCH Health, to develop new ways to involve under-represented people and communities in their research.”

“It is very commendable of Parkinson’s UK to recognise there is an issue in regard to diversity and inclusion in Parkinson’s research. We are looking forward to working with the Parkinson’s UK team to support them to engage with different communities and build trust for future potential research opportunities.”