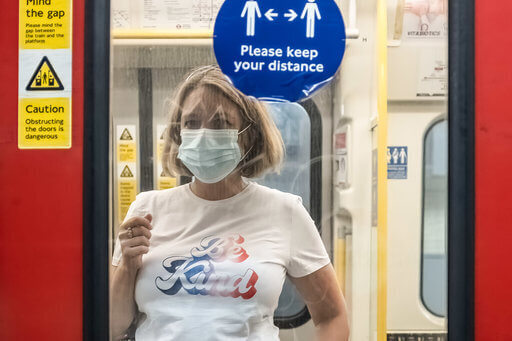 The chief executive of the NHS Confederation has called on the government to implement tougher restrictions as UK Covid deaths hit their highest figure since March.

On Tuesday 223 deaths were recorded within 28 days of testing positive for Covid, the highest since 9 March.

However, lags in reporting deaths over the weekend often mean daily death figures are higher on Tuesdays.

Daily cases have also reached more than 40,000 over the past week, with 43,738 new cases reported on Tuesday.

Last month Health secretary Sajid Javid said that while there is “no single trigger”, England’s ‘Plan B’ will be enacted if the data suggests the NHS is likely to come under “unsustainable pressure”.

A Downing Street spokesperson explained yesterday: “Clearly we’re keeping a very close eye on rising case rates,” but added that there were currently “no plans” to enforce the Plan B measures that would likely see mandatory mask-wearing and vaccine passports introduced but emphasised that “the vital importance of the booster programme and indeed for those children who are eligible to come forward and get our jab”.

They also said that the Prime minister was keen to emphasise that the current plan “continues to keep the virus under control”, and that hospitalisation and deaths remained much lower than in previous peaks due to the success of the vaccine rollout.

Scotland has laid out a winter vaccination plan and has already implemented both mandatory vaccine passports in nightclub venues and face masks in schools.

The Welsh government set out its winter guidelines earlier this month, in which businesses will remain open and restrictions will remain low if cases remain stable.

Officials are also reportedly monitoring a new descendant of the Delta variant responsible for a rising proportion of Covid cases, but Number 10 has argued that there is “no evidence to suggest it is more easily spread”.

Matthew Taylor, chief executive of the NHS Confederation has called on the government to implement the ‘Plan B’ guidelines.

He told the BBC Radio 4 Today programme this morning: “I think that the government needs to look at all those measures that science tells us would reduce the spread of the virus, and therefore further down the line reduce the number of people coming into hospitals.”

He argued that a confluence of pressures of the NHS this winter could result in a “perfect storm”, adding that “winter is always very tight for the NHS for a number of reasons. You add in then, the number of covid patients in hospital and that number seems now to be rising as the number of cases rise, and then you add in the pent up demand, getting on for 18 months plus now, and that is not just people on waiting lists, but people who have not been going to the doctor, who are now presenting with quite challenging symptoms”.

He said: “Do we act on the basis of all the evidence, and take the steps now that we can take, however inconvenient, they are an inconvenience I understand that, but relatively minor inconveniences, in order to try and reduce the pressure on the health service. Or do we stumble into a crisis, once again, despite the evidence”.

He argued that without further restrictions, the NHS would continue to miss targets, “whether it is the time people are waiting in emergency departments, the time people spend waiting for an ambulance, and those waiting lists”.

Mr Taylor signalled support for plans to reintroduce mask-wearing in crowded places, avoiding unnecessary indoor gatherings, working from home if you can.

“I don’t underestimate that these are inconveniences, but we have to make a choice if we can see what is almost inevitable down the line”, he added.

Also speaking on the BBC Radio 4 Today programme this morning, Business Secretary Kwarsi Kwarteng said the government was not currently looking at any extra coronavirus restrictions saying: “For now we think the policy is working, yes, increases of infection rates are being seen, but at the same time, we are very closely monitoring the hospitalisations and death rates, and mercifully they are much much lower than the beginning of the year.  Now that doesn’t mean that we are complacent, but we do feel that the vaccination roll out has been successful, it has allowed us to reopen the economy, it has allowed people to get some semblance to reality”.