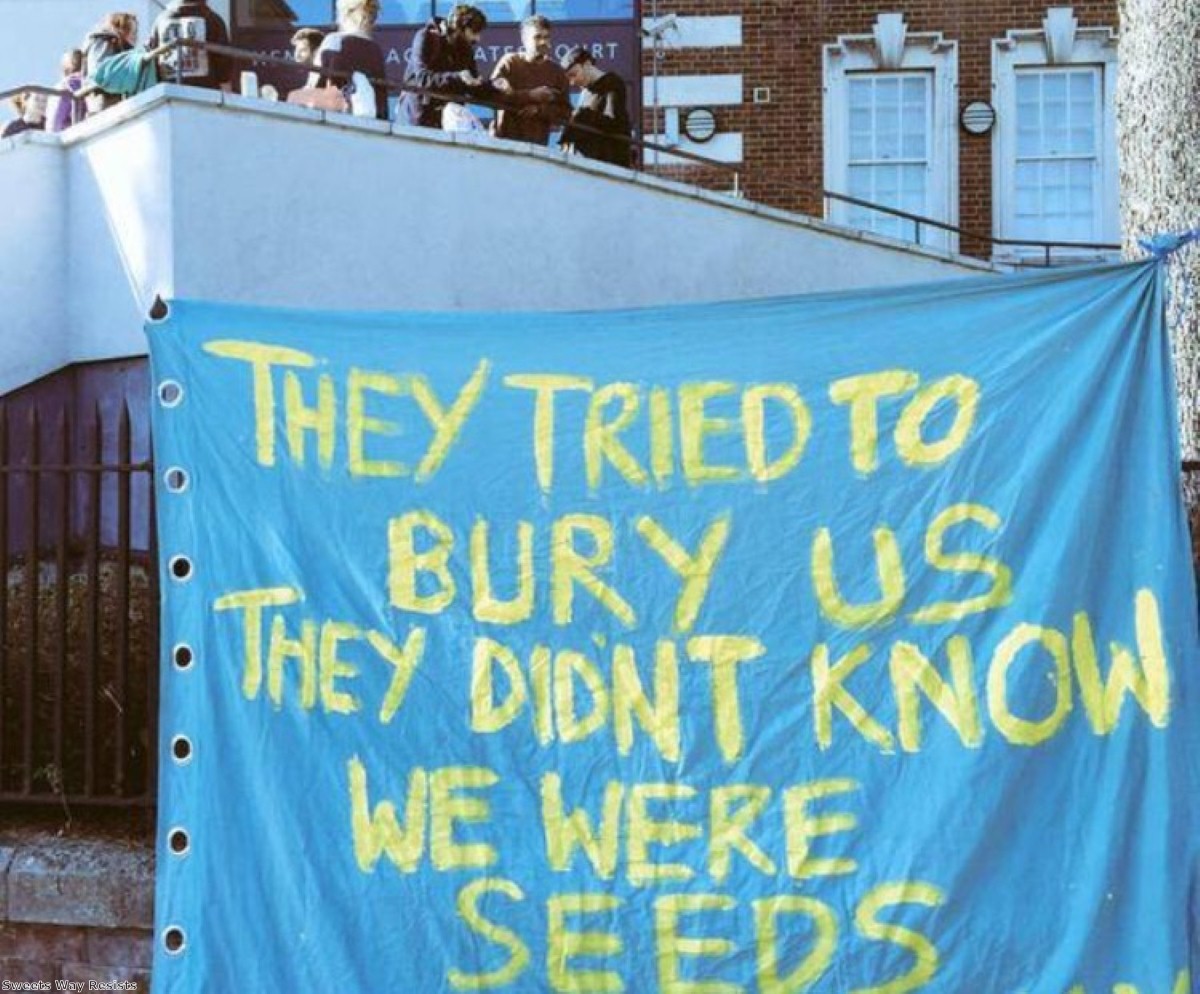 The campaigners previously spent around six months occupying empty homes in Sweets Way, North London in a protest against the sell-off of social housing on the estate.

But in September police and bailiffs evicted both the activists and the last remaining tenant of the estate, and 19 people were arrested.

The group, SweetsWay Resists, say two of those people are still being held by police because they refuse to identify themselves.

Speaking from the occupied building this morning, one of the campaigners Alexander Blanchard, said they hope the occupation will send a strong message.

"We are demanding that the two people who are being held by the police are released and that the charges against the other members of the group are dropped. If this happens we will leave the site immediately."

A spokesperson for the group added.

"Arrests are something that some activists are willing to face when fighting for justice but when two people are held in prison because they wish to remain anonymous, we can see the immorality within the justice system."

A spokesperson for the Metropolitan police say they are aware that on Saturday around 10 people entered the former police building in Hendon and remain there.