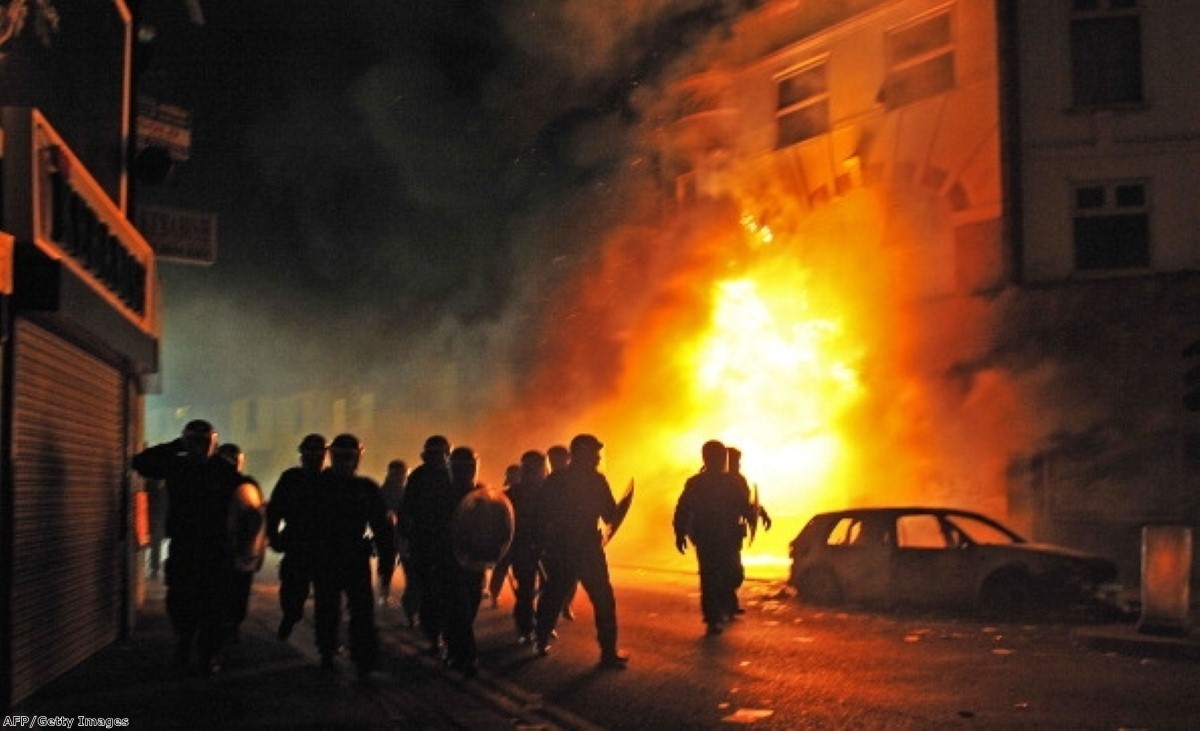 The summer's rioting were more politically based than ministers claimed at the time, extensive research out today has revealed.

The LSE and the Guardian newspaper collaborated to interview 270 people who were involved in the violent disorder seen in England's largest cities in August.

They identified a number of political grievances, from general frustration with the current economic situation to specific anger at the coalition government's tuition fees policy.

Politicians had claimed after the August riots that there was no unifying strand behind the rioters. They said the looters were simply opportunists who were not connected by a common agenda.

While today's research confirmed that opportunism was key to many rioters' involvement, it also reveals their willingness to participate was about more than just greed.

A pervasive anger at the police, caused by their experience of everyday policing, was cited as the most significant single unifying factor.

Nearly three-quarters of those interviewed had been targeted by the police using stop-and-search powers, for example.

"Either the violence was spontaneous without any degree of forethought or … a level of tension existed among sections of the community that was not identified through the community engagement," the report concluded.

The coalition's response focused heavily on a crackdown on the gang culture problem experienced in many of England's inner cities.

According to evidence out today gangs initiated a 'four-day truce' against each other, however. Gang members played only a "marginal" role.

Once again, today's research suggests that initial focus appears misguided. Neither Facebook nor Twitter were used significantly, it found, although BlackBerry phones and its messaging service were used extensively.

The Metropolitan police is currently conducting its own review of the riots. It insisted it would continue to use its stop and search powers, but only in an "intelligent, professional, objective and courteous way".