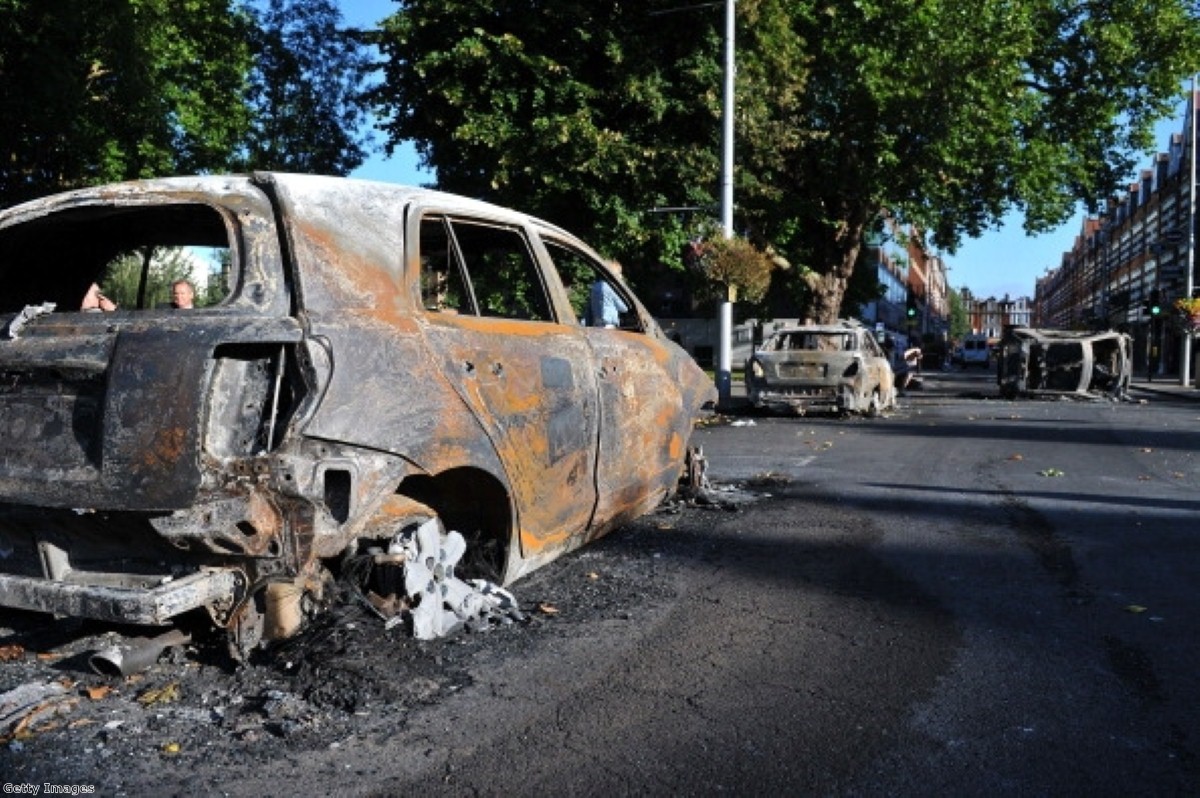 Police are continuing to round up those who took part in last week's riots.

Metropolitan police acting commissioner Tim Godwin has said as many as 3,000 people could be put through the courts if the force is "successful".

So far there have been 1,401 people arrested in the capital in connection with the violence, of which 808 have been charged.

West Midlands police (WMP) had made 509 arrests as of yesterday, while Greater Manchester police (GMP) had brought their arrest count to over 200.

The latter included a 17-year-old boy from the Stockport area who was arrested on suspicion of burglary after boasting he could not be caught on his Facebook page.

Another handed himself in after a friend told him he had nowhere to hide, after seeing his picture on police ad vans encouraging the public to 'shop a looter'.

"We said we would be coming for you, and we are," GMP Assistant Chief Constable Garry Shewan said.

"With the help of our communities we are identifying these people and arresting them. This is just the start – we will not rest until we have identified everyone involved."

WMP said they had been "totally overwhelmed" by support from local people.

Assistant Chief Constable Sharon Rowe said: "The overwhelming level of support has been touching and demonstrates the enormous backing we have received from the vast majority of our communities."

In London, over 200 forensic submissions have already been made to labs. Around 500 officers now part of the Operation Withern investigative team face 20,000 hours of CCTV footage to view.

Among the arrests already made is Reece Donovan, 20, who is accused of robbing injured Malaysian student Ashraf Rossli.