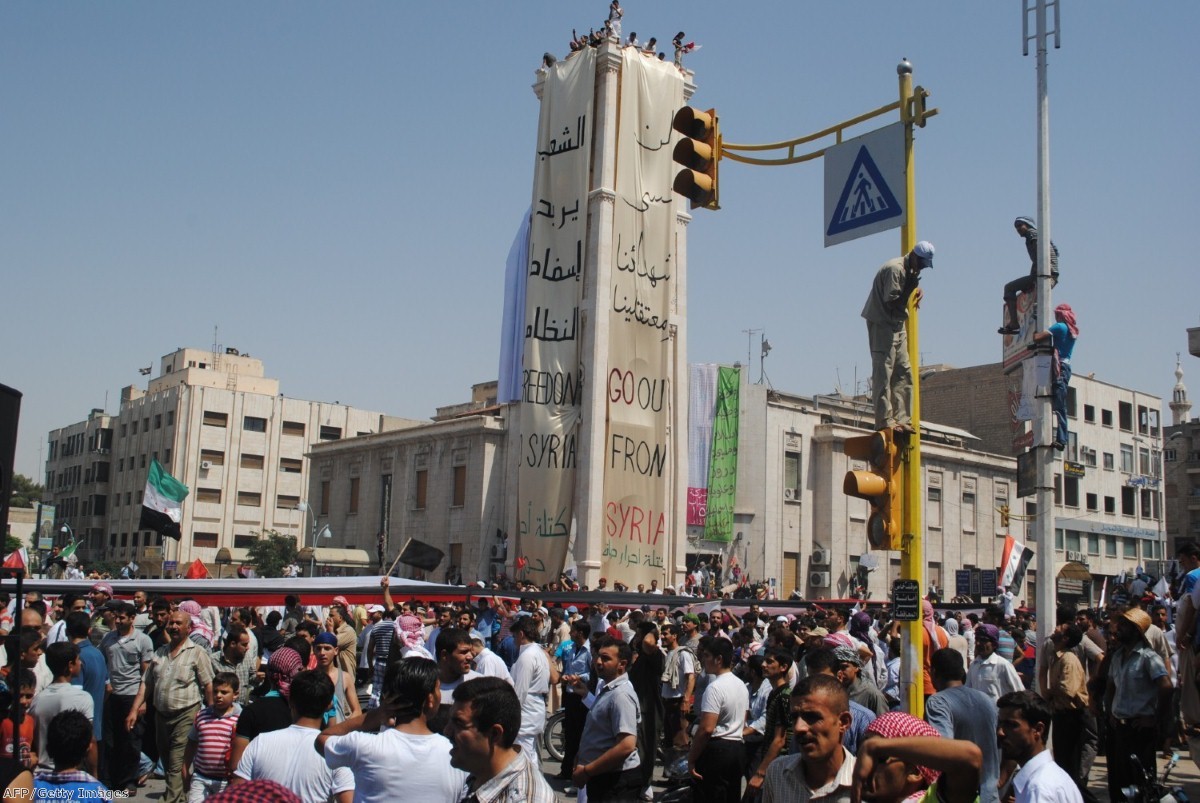 William Hague has pledged to "increase pressure" on the Syrian government, as what Saudi Arabia's King Abdullah has called the "killing machine" continues its work.

Reports are suggesting that the Syrian army is shelling the city of Deir al-Zour, in the east of the country, for a second day.

Fifty people are thought to have been killed yesterday as Bashar al-Assad's regime continues to ruthlessly repress pro-democracy protesters.

Elsewhere the town of Maarat al-Numan faced a raid from government forces at dawn today.

Critical comments from King Abdullah followed the Saudi decision to withdraw its ambassador.

Its move has added to demands for reform from the Arab League and Turkey, increasing regional diplomatic pressure on Damascus.

"We will not stay silent where repressive regimes seek to crush legitimate aspirations but will press for necessary, legal actions to hold them to account," the foreign secretary wrote in an article for the Evening Standard newspaper.

"This is what we are doing in Syria, using concerted diplomatic means to increase pressure on the regime."

Britain recently succeeded in its calls to persuade the EU to implement a further round of sanctions against individuals directly linked to the repressive steps.

It welcomed the UN security council's presidential statement released last week which condemned the "widespread violations of human rights and the use of force against civilians by the Syrian authorities".

But agreement on a UN resolution censoring the Syrian government, which Britain has unsuccessfully pressed for, remains unlikely in the short-term.

"Rising pressure on President Assad from within the region should be welcomed by anyone who wants to see an end to the appalling violence in Syria," shadow foreign secretary Douglas Alexander said.

"Britain needs to be examining urgently what further diplomatic measures can be taken at a Europe-wide level that could add to this latest round of condemnation of the Assad regime from within the region."

More people have died in Syria than in Libya, the Foreign Office website states, before explaining that the UK cannot support intervention because there is not yet the same level of international support to take action.