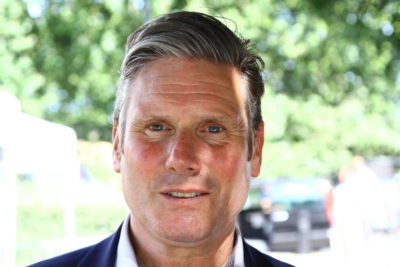 The Conservatives have claimed Labour and the Liberal Democrats have agreed a pact ahead of tomorrow’s 5 May local elections.

“No, we haven’t,” he responded when asked whether a deal to target Conservative seats had been struck, adding: “we are actually standing more candidates in this election than any other party and more than we have stood for many years.”

“We haven’t got a pact with the Lib Dems,” he reaffirmed when asked if Labour had “backed off” in seats where the Liberal Democrats were more likely to win than Labour.

”We are fielding more candidates. I have got brilliant teams across the country that I am with everyday, fighting a very positive case for the Labour Party in these local elections.”

Speaking to ITV News this morning he stated “100 per cent there is no pact.”

“If you go to Hull, a Labour stronghold, Liberal Democrats will take control of that council on Friday, we are fighting in Sheffield, in places like Sunderland, in London, in Haringey, in Southwark and Lambeth,” he said.

“This is total utter nonsense. We find Labour councils taking people for granted and we are not going to put up with that, just like we are not putting up with the Tory government.”