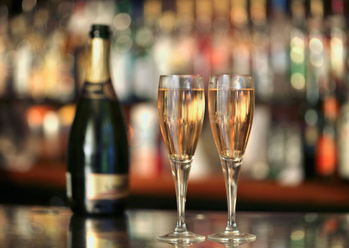 The government has been criticised for not taking the “Partygate” affair seriously this morning, after an allegation emerged that a donation from Conservative party chair Oliver Dowden MP mocked the scandal.

According to food critic Jay Rayner, a champagne bottle signed by Boris Johnson was donated to a charity event in Hertfordshire by Oliver Dowden, the local MP.

On an unverified a photo posted to Rayner’s Twitter profile, the label on the donation read: “A bottle of champagne signed by Boris. Hugely valuable as a souvenir of partygate and the exemplary behaviour and morality of our dear leader! Donated by Oliver Dowden CBE.”

There are currently no suggestions that Dowden himself was responsible for the wording of the label.

Yesterday the Met said the total fines issued due to Covid rule-breaking gatherings in Downing Street and Whitehall exceeded 100.

Last month Scotland Yard slammed Boris Johnson and Rishi Sunak with £50 fines respectively for a birthday gathering in Downing Street during May 2021.