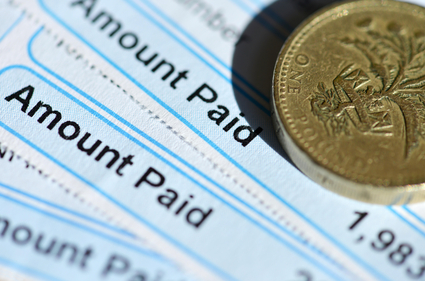 The share of low-paid employees has fallen to a record low and is on track to be “eliminated” by 2024, but Britain must now turn to tackling the new frontiers of low pay in the 2020s – including inadequate hours, insecure work and the spread of low-earning self-employment, according to new research published today.

The Low Pay Britain 2022 report, shows that the introduction and ramping of the minimum wage has helped to reduce low pay – defined as earning less than two-thirds of typical hourly pay – to a joint record low of 13 per cent last year. Low pay among women has more than halved over this period, from 31 per cent in 1997 to 14 per cent in 2021.

Furthermore, this has been achieved without causing job losses – unemployment among low-paid workers has almost returned to pre-pandemic levels at 5.1 per cent – leaving the Government on track to ‘eliminate’ low pay (by raising the National Living Wage up to the low pay threshold) by 2024.

Britain’s progress in ‘eliminating’ low hourly pay stands in stark contrast to lack of progress in addressing wider challenges facing low-earners that should be the focus of action over the coming decade.

Last year, around a quarter of employees had low weekly pay (down from a peak of 29 per cent in the 2000s). With the majority (62 per cent) of these workers not classified as low paid on an hourly basis, they cannot be lifted out of low pay simply by raising the minimum wage. Over three-quarters of weekly low-paid employees are women – though this share is falling over time.

Second, many low-paid workers face insecurity from destabilising, volatile working hours – not knowing how much they’ll work and earn from one week to the next.

The report finds that one-in-five low-paid workers are either working on a zero-hours contract, doing temporary or agency work because they can’t find permanent work, or experience variable hours in their job, which affects how much they’re paid.

While this volatility of working hours has not grown in recent decades, despite its increased public attention, it is far more widespread than many people assume as it is not confined to those on zero-hours contracts.

This is an issue that goes well beyond the rise of the gig economy, with the report noting that there are actually as few as 350,000 ‘gig workers’ across the UK, compared to a far larger low-paid self-employed workforce of around 1.6 million.

With these workers completely outside the legal framework of the minimum wage and the tax system encouraging employers to use self-employed labour, a new approach will be needed to reduce low pay among the self-employed.

Concluding, the report notes that huge strides have been made in tackling low pay over the past quarter of a century, driven by a bold policy approach of setting a world-leading legal wage floor.

So, while many of the enduring low pay challenges for workers look daunting, past success should show policy makers that these new low pay frontiers can be tackled in the coming decade with an ambitious policy agenda.

Nye Cominetti, Senior Economist at the Resolution Foundation, said: “The introduction and ramping of the legal minimum wage has reduced levels of low hourly pay to a joint record low and brought Britain to the brink of ‘eliminating’ it.

“But Britain still has a problem with the quality of work for low earners. Short hours hold back household living standards, while insecurity of those hours and widespread use of atypical contracts remain ever present. The policy response to tackling these issues lies beyond the minimum wage.

“Inadequate and volatile hours, insecure jobs and invasive self-employment are the new frontiers for low pay in the 2020s. A new approach will be needed to tackle them, and Ministers should learn the key lesson from the past 25 years – that an ambitious policy agenda can defeat low pay, and prove wildly popular too.”

Alex Beer, Welfare Programme Head at the Nuffield Foundation, said: “The success of the minimum wage in tackling low pay is to be celebrated but a more holistic approach is needed if we are to tackle inadequate hours, insecure work and the spread of low earning self-employment. These issues are being made all the more acute by the cost of living crisis.

“Unstable jobs with variable hours and pay do not improve people’s chances of finding a job and can discourage people from entering the labour market. Improving people’s working lives also requires a focus on job security, financial stability, agency over when and how they work, and greater support from managers.”