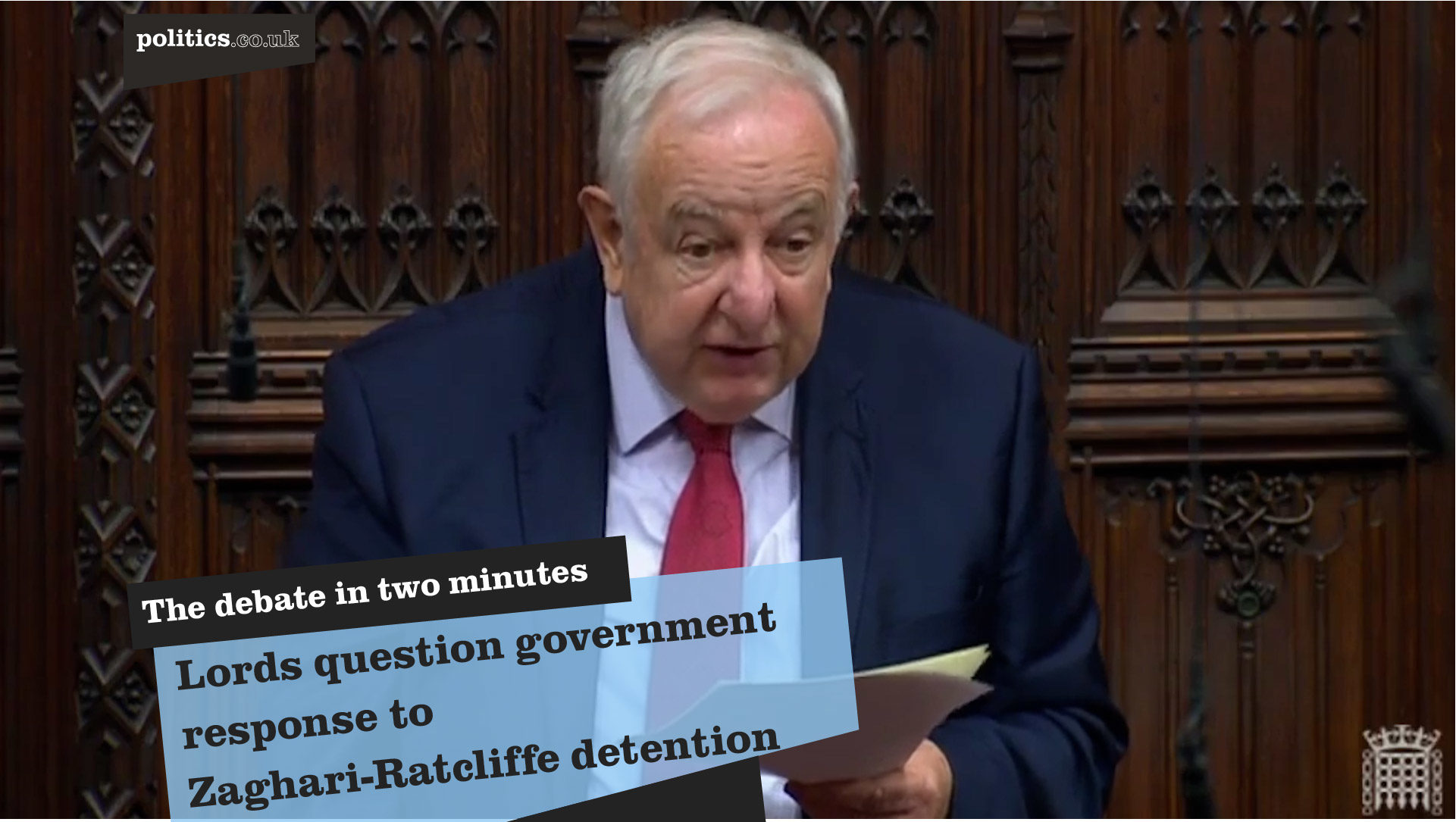 Members of the House of Lords questioned the government’s response to Iran’s continued detention of British-Iranian Nazanin Zaghari-Ratcliffe today.

The urgent question was proposed by Labour peer Lord Foulkes of Cumnock, who asked: “Can the minister use his undoubted influence with the prime minister to get him to make it his now, his top priority to resolve this issue, to get Nazanin released and returned home to her husband and her daughter because it’s the prime minister’s moral duty to do so?”

Much of the debate focused on whether Britain owed debt to Iran. Lord Goldsmith of Richmond Park, the minister of state for the foreign, commonwealth and development office, defended the government’s decision to not pay this, saying: “The UK does not and never will accept our dual nationals being used as diplomatic leverage.”