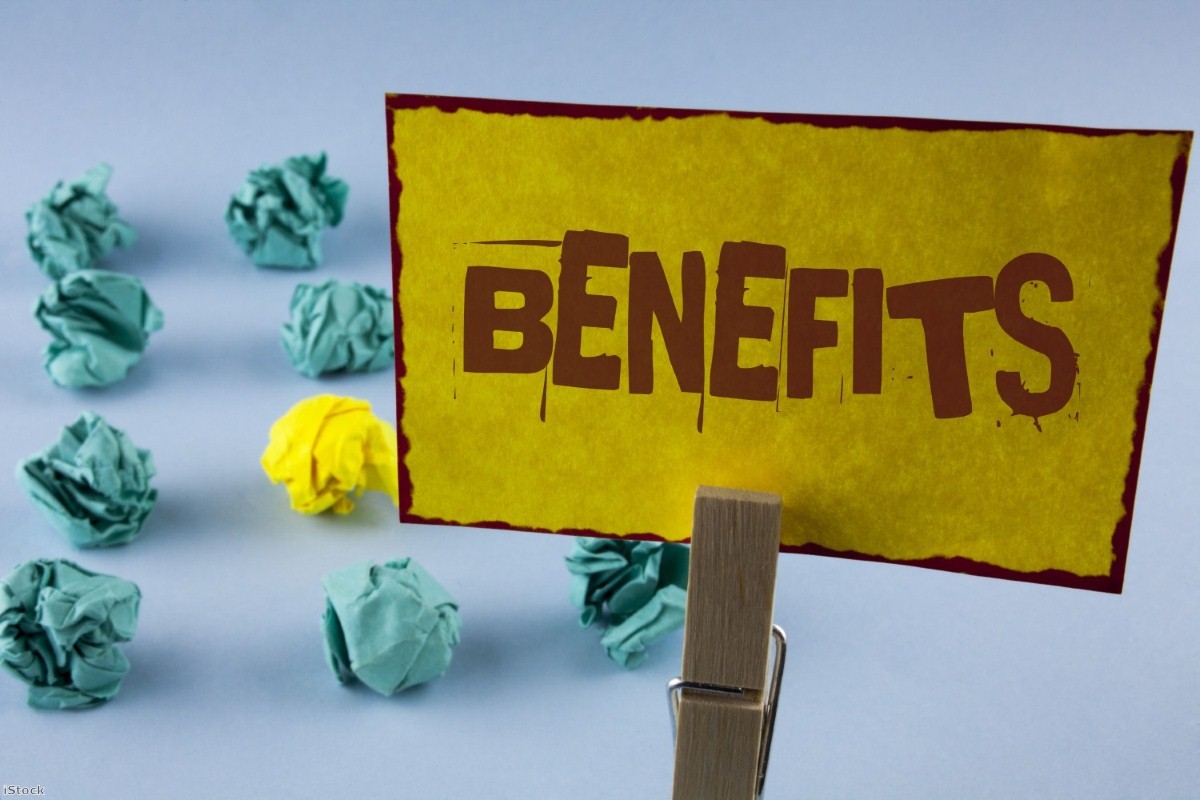 Punishment beatings by public demand – the truth about welfare reform

I could start this with a tragedy, but you've heard it a thousand times. The terminally ill cancer patients found fit for work before dying. The man who had a heart attack during a disability benefit test and was sanctioned for not completing it. The woman who had her benefits sanctioned because her job centre meeting clashed with a job interview. And on and on. You know how this goes.

The legacy of Britain's welfare reform would make its architects permanently unemployable in any functioning political system. But this isn't purely about venal politicians and vindictive newspaper editors. It's about us.

The deserving/undeserving divide in public views of poverty dates back centuries, far predating the tabloid press. And on a certain level it is inevitable. Any welfare system will make value judgments on which groups to support. But our system goes further. We judge not just groups, but individuals.

Under our benefit system, every individual must prove that he or she is worthy of public money, that they have done everything imaginable to avoid needing benefits and nothing to put themselves in their situation. Every aspect of their life and mindset is rendered fair game for scrutiny.

Our welfare system becomes a set of institutional trials to determine whether individuals are sufficiently morally worthy to receive benefits.

This is justified by the contribution of 'hard-working taxpayers'. The fact that welfare is funded from tax revenues acts as a licence for people, as 'taxpayers', to demand individual accountability from those who receive benefits.

It's true and nonsense at the same time. Not all taxes come from people's earned income – corporation tax and capital gains tax are also big contributors. Benefits claimants are themselves taxpayers, for instance through VAT. And anyway, half of all households are net recipients from the state, when factoring in public services such as schools and the NHS.

Academic David Webster described Britain's welfare state as a 'secret penal system' – an opaque institutional labyrinth that arbitrarily lands millions of people with sanctions and denies benefits to many more. This quasi-judiciary exists because membership of a 'group', via disability, unemployment or parenthood, is not sufficient to decide who gets what. What counts is individual behaviour and that means we need a man with a gavel.

Except in this shadow judiciary, the judge is also jury and executioner. When someone is accused of a crime, society insists on due process. The police investigate a crime, the accused has a lawyer, the judge is impartial, there is a jury and clear lines of appeal. This is because the penalties are such that fairness is deemed crucial.

Not so in our benefit system. Here, there is no due process, no presumption of innocence. Rather than months spent poring over evidence and then challenging it in open court, a bureaucrat in a jobcentre can yank money from a claimant practically on a whim – a minute late for a meeting, or not spending enough hours applying for jobs they'll never get. A faceless official decides whether the boxes ticked in a disability benefit test are the right ones to qualify as disabled. Money is deducted seemingly at random from Universal Credit payments.

No lawyers, no jury, an obscure and mangled appeal process: all power is vested in a faceless institution at best and a solitary over-mighty official at worst. The impact of denying someone benefits – for weeks, months, or indeed permanently – can be far more severe than a court fine or community service. These are punishments worse than some criminal sanctions, being doled out by closed kangaroo courts.

This withering away of due process is part of the austerity initiative. If you're trying to save money by making individual judgments on the moral worthiness of millions of individuals, there is no way you can allow each of those individuals their own representation, their own independent advice, their own support to scrutinise the evidence and challenge your decisions. The costs of such a system would massively outweigh the savings.

The result of such a carefree attitude to justice is injustice on a mass scale. Without the due process to decide whether millions of individuals morally 'deserve' their benefits, the system catches people arbitrarily. People who are disabled are deemed not disabled. People trying flat out to find work are sanctioned for not trying. Those who meet society's moral requirements are found to be morally lacking. Due process is not bleeding heart pedantry. It is how you get to the truth. Without it, you don't.

And nor do you achieve much else. The recent report of the five-year Welfare Conditionality project was unequivocal – the benefit sanctions regime neither helps nor encourages people to find work, and leads to destitution, ill health and even crime. Nor does welfare reform save much money – predicted savings on disability benefit, housing benefit and council tax benefit have all failed to materialise. The government stokes hysteria about benefit claimants, the public demands these presumed moral miscreants be put through the mill, kangaroo courts impose kangaroo moral judgments. The results are unfair, ineffective and inefficient.

The war on children

The social inquisition around welfare is at its most severe when it comes to children.

There is a culture in this country of performative outrage at parents claiming child-related benefit which has been both fed and reflected by the political class. Tory MP Ben Bradley said unemployed people should have vasectomies instead of children. Newspapers cynically source stories about the tiny number of very large families claiming out-of-work benefits. The benefit cap – which mostly affects families with children – is wildly popular with voters.

The message is clear – parents who claim benefits are accountable to each taxpayer for their decision to have children. The subtext is that these children should not have been born. Only children who don't need taxpayer support should be born. This is essentially fiscal eugenics, demanding public spending cuts to restrict children to those who can afford them.

But just who really can 'afford' them? Reliance on child benefit and child tax credits stretches up the income scale, especially given the cost of childcare and the effect of motherhood on women's salaries.

The outrage is also highly selective. Do I, as a childless taxpayer, get to harangue every parent of state school children about why I should pay for their progeny's education? Do I get to tell them they should stop popping out babies if they can't afford to fund their schooling?

Hypocrisy is the midwife of moralising. Who in politics dares challenge voters to a moment of reflection? The customer is always right. So we get the same kangaroo courts, dispensing the same kangaroo morality. Parents morally shouldn't have children they can't afford to raise, so tax credits are limited to two children. But what about rape? Mothers who are raped deserve support, so we have the odious 'rape clause' through which they can beg for clemency by detailing their most traumatic experiences. But this doesn't apply if they stay with an abusive partner, at which point the exemption is terminated.

Once again, a welfare system imposing moral judgments on individuals ties itself in grotesque knots.

Any attempt at imposing moral judgments on individuals must either spend billions on due process, or find that a plague of bad decisions is endemic to the system. The former is too expensive for any government to contemplate; the latter is the mess we have now.

What many voters would like is a perfect version of what we've got – a system that makes millions of individual moral judgments on the cheap, but succeeds rather than fails. But it's not going to succeed. This sort of welfare reform wasn't invented in 2010; we've been trying and failing at this for 30 years. It did not work and it does not work because it cannot work. We may as well pass the Unicorn Act.

Longer term, however, things could get very grim indeed. Technology will eventually offer the chance to the make the authoritarian welfare system more intrusive than ever before.

China is gradually creating a system of 'social credit'. It is a grim dystopia where the government uses constant monitoring of people's online behaviour and their expenditure of electronic cash to sanction those who do not meet certain moral standards.

This is a welfare hawk's dream – at last, there is a way to compute millions of moral judgments by mass surveillance and algorithms. The government might eventually have the capacity to monitor how much benefit money is spent on booze and fags. It could see if someone had gone beyond the cheapest brands at the checkout. The chance for curtain twitching on a digital scale would be irresistible.

This is the dark path we're walking down. The only way to counter it is to argue against the assumptions that underpin it.

We need a sense of proportion. The fact someone finds themselves out of work, or unable to work, does not suddenly grant 30 million taxpayers the right to dictate every minute of their life.

We need better priorities. If we want people to be better off in work than out of work, we need higher wages and better service provision.

And we need a broader perspective. People's contributions in life are not just those in the workplace. They contribute too – invisibly to policymakers and tabloids – when they care for their children or look after a relative, or in countless other ways. This is human nature. It doesn't require individual proof.

Even though there are people who do cross every box – lazy, entitled, anti-social, basically a raging jerk – we shouldn't tear up the national social safety net in response. We shouldn't change the law just because there's a bloke down the road we don't like. We shouldn't create quasi-judiciaries to take out our frustrations on entire swathes of the population. We should grit our teeth, shrug our shoulders and get on with our lives, because that is the most useful thing we can do, for ourselves and everyone else.

Nobody, not even the Great British Public, has the right to dictate poverty onto another person.